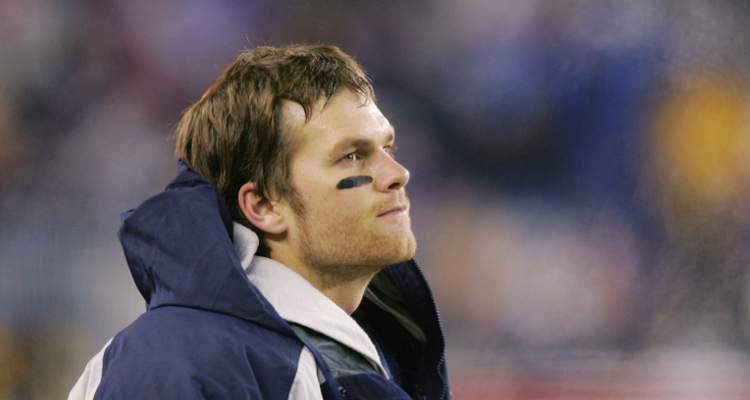 The New England Patriots have reached the Super Bowl yet again—making this star quarterback, Tom Brady’s eighth Super Bowl appearance! Brady already has been part of five winning teams and has five Super Bowl rings—the most achieved by any player in NFL history, along with former defensive end Charles Haley. Can Brady help the Patriots to win the title again and collect his sixth Super Bowl ring to set a new record? It’s possible! Read all about Tom Brady’s Super Bowl stats, right here.

Despite an injury to Tom Brady’s throwing hand, the New England Patriots beat the Jacksonville Jaguars 24-20 on Sunday, January 21, 2018. They will now face the Philadelphia Eagles who beat the Minnesota Vikings to advance to the Super Bowl, which will be held in Minneapolis, Minnesota, in two weeks. Could this be another of Tom Brady’s Super Bowl wins?

Brady Is Proud of His Team

The game between the Patriots and the Jaguars was a thriller, as the Patriots came from behind to ultimately win the game.

Tom Brady said about the game, “It’s pretty crazy. It’s pretty amazing. Just to be on a team which wins these kinds of games, it’s just a great accomplishment. I’m just so proud of everyone on our team; we made so many great plays. Defense played so great when they needed to. Just an amazing game.”

How Many Times Has Tom Brady Been to the Super Bowl?

Brady has played for 15 seasons as a starter, and in this time, he has quarterbacked the New England Patriots to eight Super Bowl appearances. This is the most number of appearances in the Super Bowl for any player in NFL history.

How Many Super Bowl Rings Does Tom Brady Have?

Tom Brady has five Super Bowl rings as of right now. This is the highest achievement by any player, along with Charles Haley, who also has five. If the Patriots win it on February 9th, Brady will increase his Superbowl ring collection to six!

Haley was a defensive end for the San Francisco 49ers and the Dallas Cowboys and a great player of his time. Brady is the only player in NFL history to win five Super Bowl rings while playing for the same team, the New England Patriots.

All eyes on Sunday… #72hours

Tom Brady’s Super Bowl’s record is unmatched by any other player, and that is putting it mildly. He has won four Super Bowl Most Valuable Player (MVP) Awards for Super Bowl XXXVI, XXXVIII, XLIX, and LI. Brady has also won two league MVP Awards in 2007 and 2010.

Many analysts and sportswriters consider Brady to be among the greatest quarterbacks of all time.

Also Read: Tom Brady’s Net Worth: How Rich is the NFL Quarterback?

Brady now has the opportunity to win his sixth Super Bowl title when the New England Patriots face the Philadelphia Eagles two weeks from now. This will be the eighth Super Bowl appearance for Brady, as well as an NFL-best 10th in franchise history for the Patriots.

A Big Responsibility on Brady’s Shoulders

Even though Brady is 40 years old, he is playing at the peak of his career. He can give any young player a run for his money.

The Patriots, their coaches, and their fans will be hoping for another game-winning performance from Tom Brady, arguably the best quarterback of all time. Knowing Brady’s record, there is every chance he won’t disappoint them.