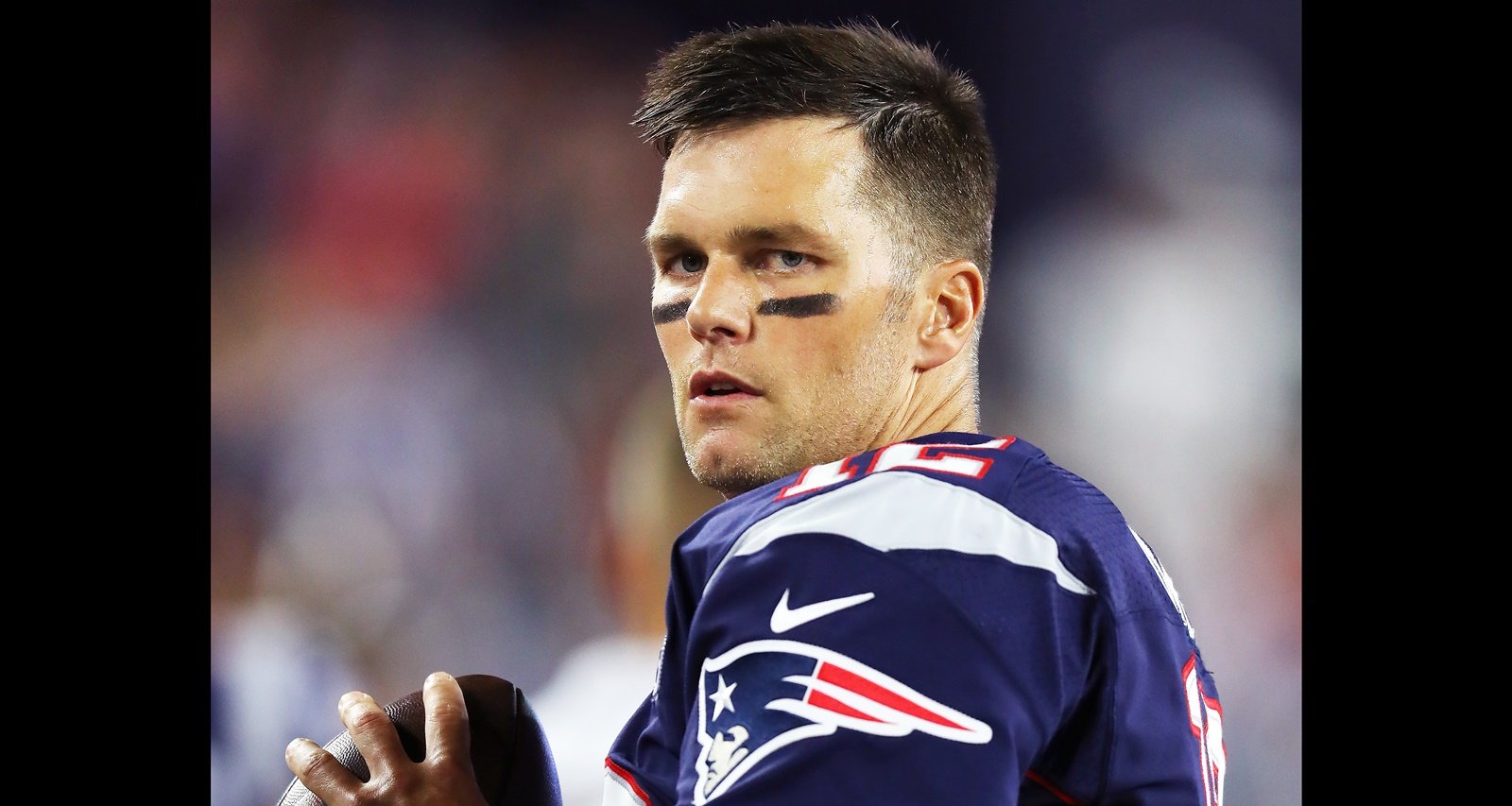 Tom Brady is the star quarterback for the New England Patriots with six Super Bowl rings to his name—that’s more than any other player in the NFL. He’s also married to a supermodel, Gisele Bundchen. Brady has built a net worth estimated at $180.0 million in 2019. And together, he and his wife are worth a whopping $580.0 million. With his game-winning talent, he can name any price. But he’s not the highest-paid player in the NFL, not even in his household. And he’s cool with that.

Tom Brady Was First Scouted by the MLB

Tom Brady was born on August 3, 1977, to Galynn and Thomas Brady Sr., in San Mateo, California. The 49ers fan grew up in a time when an athlete’s ranking was not a major factor in the recruiting process.

So he made highlight tapes of his high school games and sent them to college recruiters. His efforts paid off when many D1 programs took an interest in a player who would now be considered a four-star recruit.

Also talented in baseball, MLB scouts quickly noticed the left-handed batter/catcher. That’s how the Montreal Expos ended up selecting him in the 1995 draft. But football was his first love and he was determined to play in the NFL.

The future star committed to the University of Michigan, where he initially struggled to see some playtime. But when he finally played his first full year as a starter, he set new records at Michigan.

Brady Has Played for the New England Patriots His Entire Career

Brady wasn’t taken very seriously as a prospective NFL quarterback coming out of college. He was selected by the New England Patriots with the 199th overall pick—considered a compensatory pick—in the sixth round of the 2000 NFL Draft.

He has since remained with the franchise. The quarterback has led the Patriots to the Super Bowl nine times, winning six of them, including Super Bowl LIII in 2019.

He was suspended for the first four games of the 2016-2017 season amid the Deflategate scandal. After being cleared of any wrongdoing, Brady made a comeback like no other, leading the Patriots to Super Bowl victory that season.

Before that, he had signed a four-year contract extension with the Patriots in 2010. The $72.0-million deal made him the highest-paid player in the NFL then.

The Pats were determined to keep Brady on the roster, and he was determined to stay. That led to a three-year contract extension in 2013, which would earn him $27.0 million all the way to 2017.

In 2016, he signed another extension through 2019. On August 4, 2019—the day after his 42nd birthday—he signed another contract extension of two years, worth $70 million. That bumped up his salary and also keeps Tom Brady playing for the franchise at least until 2021.

As of June 2019, he has earned an estimated $27.0 million this year. The following table illustrates Brady’s annual earnings over the years.

Brady’s Brand TB12 Comprises of His Business and Endorsement Deals

Forbes estimates he’s earned $12.0 million in 2019 from endorsements alone. And his TB12 lifestyle brand further adds to his endorsements earnings.

He and his family follow a strict vegetarian lifestyle. Under TB12, Brady has released a vegan cookbook, a line of vegan snacks, and other merchandise.

I’m excited to officially join the IWC family as I have admired their design and performance for decades! They have an incredible heritage and together we can’t wait to share this new chapter. So many exciting things to come! Maybe I can wear them for my two minute drills this fall. @iwcwatches #IWCPilot #IWCWatches

His total earnings rank him at No. 81 among the world’s highest-paid athletes this year.

Though he’s worth a lot more, Brady’s NFL earnings seem paltry compared to other NFL quarterbacks like Matt Ryan and Eli Manning. But he’s happier winning more games than negotiating better deals. Besides, his endorsement earnings are higher than most athletes’.

He’s also smart enough to build a good team. So he’d rather take a pay cut to allow the salary cap to be utilized to sign good players.

Don’t Miss: USWNT Net Worth in 2019, How Much Do They Make After Winning the World Cup?

Brady Is Married to Gisele Bundchen

The quarterback began dating supermodel Gisele Bundchen in 2006 and tied the knot with her in February 2009. They have two children together, along with Brady’s son from his previous relationship with actress Bridget Moynahan.

Bundchen has been one of the highest-paid models in the world for years, and the latest figures show that she has a net worth of $400.0 million. That’s almost twice the net worth of her husband!

She reportedly earns around $40.0 million annually. With a combined annual income estimated at $76.0 million, this couple has been counted among the highest-paid celebrity couples, which include Jay-Z and Beyonce as well as David and Victoria Beckham.

Brady doesn’t mind being outranked in terms of earnings, both on the gridiron and in his household. As he said on Jimmy Kimmel Live, “I think the thing I’ve always felt for me, and my life, winning has been a priority—and my wife makes a lot of money. I’m a little smarter than you think.”

The beautiful couple has spent their millions on lavish mansions, including a solar-paneled home in L.A. worth $40.0 million. It was built to their preferences on a lot they purchased for $11.0 million in 2008.

They also dropped $20.0 million on a lavish pad in New York City’s Tribeca neighborhood. The couple has also bought and sold several other homes, including a condo in Boston for $9.0 million.

They also purchased a luxurious home in Brookline, Massachusetts for $4.5 million, which is their primary residence.