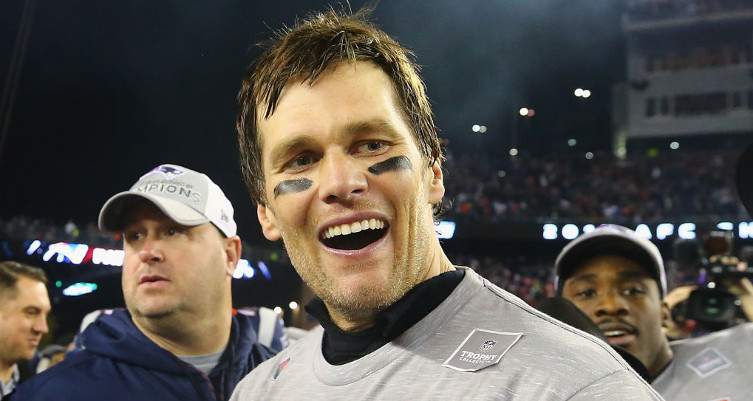 Tom Brady’s connection to Minnesota may not be known to the whole world but it’s a special place to the famous quarterback. The football star has spent quite a few of his childhood summers in Browerville, Minnesota. This connection is quite significant to the quarterback, as his mother belonged to their as well.

Tom Brady surely needs no introduction. He is an incredible football player and has led his team to winning trophies and cups. But not much is known about his childhood.

So, where is Tom Brady from? Does Tom Brady have family in Minnesota? Keep reading to get all the details, right here!

Why Is Minnesota Special to Tom Brady?

Tom Brady’s birthplace is Browerville, Minnesota. It was here that his mother met his father and, as they say, the rest is history.

Every practice, every game, every meal, every call, every hug – for all the love that you give and every moment you make possible – thank you mom. You are my champ, my definition of #UnlikeAny and the epitome of everything @underarmourwomen stands for. I love you ❤️

According to sportswriter Troy Gunderson, “Galynn Johnson, Gordon’s daughter and Tom’s mother, was born and raised in Browerville. She went on to work for Northwest Airlines and met Tom Brady Sr. They married and moved to San Mateo, Calif., had Tom Jr., and the rest is history. As a kid, Brady spent some time during the summer in Minnesota with Gordon and the rest of the family.”

Brady has quite a few cousins in Browerville who do not miss a chance to see their famous cousin live in action when he’s there. Although he grew up in California (as his parents moved there for better prospects), Browerville was where Brady spent many summers.

He Is Also a ‘Bostonite’

One of the greatest players in the sports world, Tom Brady’s roots can be traced to Minnesota, but he also has a deep connection to Boston, as well! Although he has confessed to having parental ties from the place, the efforts of an amateur genealogist, Jim McNiff, brought the connection to such detail.

When you share the same birthday….and also great fashion style! Happy birthday sweet Julie! I love you! Thank you for being the best second oldest sister in the world! ?? ?

McNiff’s research revealed that Brady’s ancestors from his father’s side were Irish refugees who successfully escaped. Meanwhile, his mother’s side were of German-Nordic immigrants.

Brady’s lineage boasts of a league basketball player, a journalist who was apparently shot while being on his job, and a firefighter brave enough to attend to the call of duty during San Francisco’s catastrophic earthquake in 1906. The family also featured a series of priests and nuns, in addition to a West Point graduate who was taken as the first prisoner of war from America in the Second World War.

Jim McNiff worked as a financial manager and a college professor before retiring. He currently lives in Burlington and makes use of his free time by digging up family histories, especially those of famous people. Brady’s is certainly an interesting 0ne—and when Patriots go to the Superbowl this year, technically Brady will be playing on his “home” turf!