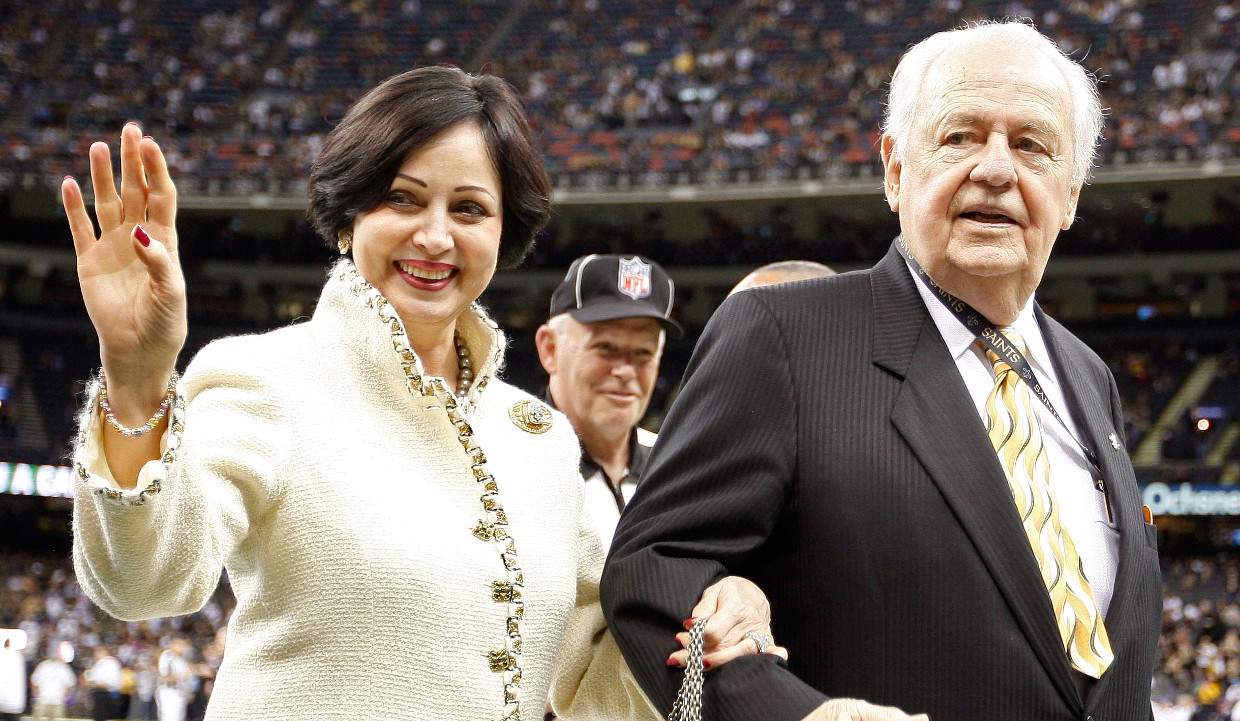 Tom Benson, a self-made billionaire who owned the New Orleans Saints and New Orleans Pelicans, passed away on Thursday, March 15, 2018, at the age of 90. His wife, Gayle Benson, age 71, was by his side. Learn more about Tom Benson’s wife with details from Gayle Benson’s wiki.

Benson has reportedly been in the hospital since February 16, 2018, due to the flu. However, he passed away about a month later, on March 15, 2018, at Ochsner Medical Center in Jefferson, Louisiana.

NFL commissioner Roger Goodell said, “Tom kept the Saints together through the tragedy of Hurricane Katrina, and his decision to bring the team back to New Orleans gave the entire region hope and confidence that they would recover.”

Benson’s death has not only caused grief among his fans but has also created some uncertainty about the future of his teams.

The sports franchise owner had made it clear that he wants his wife, Gayle Benson, to take complete control of his teams. But the news was not well received by his daughter and his grandkids.

Here is everything you need to know about Gayle Benson.

Who Is Gayle Benson?

After completing her studies, Gayle Benson started her professional career by handling the New Orleans branch of a New York-based custom jeweler.

Benson also tried her hand at interior designing by renovating historic homes and assisted in redesigning and restoring grocery stores, hotels, and car dealerships across New Orleans. She even started a women’s clothing line.

Her Marriage to Tom Benson

Gayle and Tom Benson first met each other at St. Louis Cathedral. After they were introduced to each other, Benson asked her to attend a New Orleans VooDoo game with him. That was the beginning of their whirlwind romance.

On September 23, 2004, the couple announced their engagement and walked down the aisle together in October 2004. This was Tom Benson’s third marriage.

Back in 2004, Gayle Benson said about their wedding, “It really will be two parties, so everything from a planning perspective is double. There will be many priests celebrating the mass, and marrying us. Everyone has been so helpful. It’s been overwhelming, the response we have received. People have been so happy for both of us.”

A decade into the marriage and the couple’s romance was still alive. And, to celebrate their 10-year anniversary, Tom and Gayle Benson decided to renew their vows in October 2014.

The duo got married again at St. Louis Cathedral in the French Quarter, the same place where they first met each other. They renewed their vows in front of almost 1,000 family and friends.

In 2015, Tom Benson fired his estranged daughter from his first marriage, Renee Benson LeBlanc, and her kids, Ryan and Rita LeBlanc, from executive positions. He stated that he didn’t want them to inherit shares in the teams.

Benson offered to give them compensation for the shares based on his teams’ valuation. Furthermore, he also announced that he wants to leave the teams to his wife.

Renee Benson LeBlanc was not happy with the decision. She reportedly filed a suit claiming that Benson was mentally incapable of handling his business affairs and that he was influenced by his wife, Gayle Benson.

However, the court found no evidence against the claims. The dispute ended with a confidential settlement.

As of now, Gayle Benson remains the owner of both the teams.

Received an Award from Pope Benedict

In 2012, Gayle and Tom Benson were bestowed the Pro Ecclesia et Pontifice by Pope Benedict. It is considered to be the highest papal award given to a layperson.

The award was given for providing exceptional service to the Pope and church.