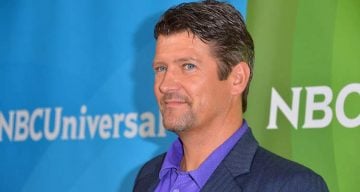 It’s been a few years since the Palin family made news around the world via various media services, but lately, they are all we seem to be hearing about! The latest? Sarah Palin’s eldest son is being arraigned on charges of assualt! The quick version of the story is that Sarah Palin’s husband, Todd, got into a brawl with his eldest son, Track. The fight ended with Track being arrested and Todd being injured. In this Todd Palin wiki, we’ll take a look at the man who was formerly the “First Dude” of Alaska. We’ll look at everything from how Sarah Palin and Todd Palin met, to how Todd Palin earned his net worth of $2.0 million, and a Todd Palin injury update from this past week.

Growing Up in Alaska

Todd Mitchell Palin was born on September 6, 1964, in Dillingham, Alaska. His family background is a combination of English, Dutch, and Yup’ik (an aboriginal group of Alaska). Todd went to Wasilla High School where he met his future wife, Sarah. After high school, she went to university and Todd eventually headed for the oil fields of Alaska. He worked for BP in the North Slope oil fields for 18 years, working his way up the corporate ladder to production supervisor. But oil field work wasn’t the only thing he got into.

Todd Palin is a legit championship level snowmobiler. He is a four-time Tesoro Iron Dog champion and competed in the Tesoro Iron Dog race, which follows the same route as the famed Iditarod dog sled race, every year since 1993. These races aren’t without injury, either. In 2008, he was thrown 70 feet from his sled. Todd Palin’s accident resulted in a broken arm. Just last year, he was involved in a more serious snowmobile accident that left him in the hospital with a collapsed lung, fractured ribs, a broken clavicle, and a damaged shoulder blade. Despite the risks to Todd Palin’s health, he continues with his love of snowmobiles.

Todd married Sarah in 1988. Sarah and Todd Palin’s kids include Track Charles James (born 1989), Bristol Sheeran Marie (born 1990), Willow Bianca Faye (born 1994), Piper Indy Grace (born 2001), and Trig Paxson Van (born 2008). Beyond his passion for snowmobiling, Todd is also a licensed pilot and owns his own plane. In 2008, he served as a judge for the Miss Alaska pageant, a contest that his wife competed in a number of years earlier. Todd Palin has an estimated net worth of $2.0 million.

Track Palin is Sarah and Todd’s oldest child, who has had some issues over the past few years. Most notably, he was arrested with a number of charges related to assaulting his then-girlfriend. The charges were dropped due to a plea deal, and Sarah Palin blamed the incident in part to trauma that Track suffered while serving in Iraq with the military.

Saturday, news wires started receiving a story that Track was arrested. Initial reports revealed that he was involved in an assault while committing a burglary. According to new reports, trouble began when Track, who may have been drinking while on painkillers, called the home of his parents looking to pick up a truck. Todd told him not to come due to Track’s apparent condition. Track still came over and was refused by Todd at the door, armed with a pistol. Track then reportedly broke into Todd and Sarah’s home and assaulted his father. Sarah called the police, and Track was charged with first-degree burglary, fourth-degree assault, and criminal mischief. While Todd was a bit battered and bleeding, it does not appear as if any of the injuries were serious.