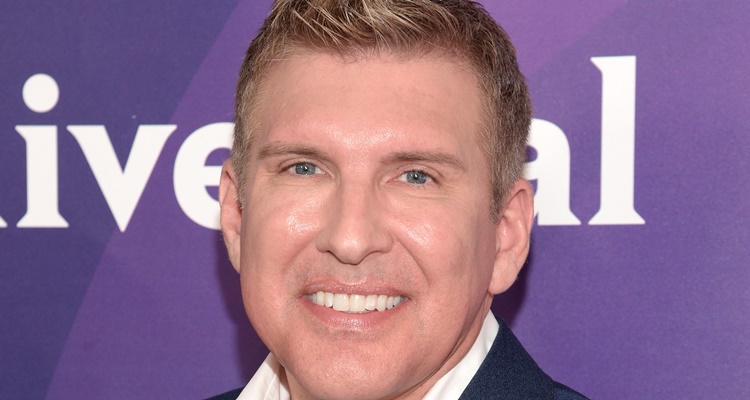 Todd Chrisley and his family are always on the media’s radar, especially with the numerous legal issues and scandals they’re involved in. Here are some facts you need to know about Todd Chrisley.

Todd Chrisley is the self-styled perfect patriarch of a luxurious family, as seen on his show Chrisley Knows Best. However, the Chrisleys are anything but perfect. Constantly embroiled in legal issues and controversies, the family is very different than the image they project on their show.

Todd Chrisley is by far the most controversial of the bunch. People wonder what Todd Chrisley’s job is, his net worth, and who his wife and kids are. Mostly, people want to know: is Todd Chrisley gay? Here are must-know facts about Chrisley Knows Best, in our Todd Chrisley wiki.

1) How Rich Is Todd Chrisley?

Todd Chrisley has a reported net worth of under $5.0 million dollars.

He makes most of his money from his reality show Chrisley Knows Best on the USA Network, and as an entrepreneur. The show follows his family’s daily life of luxury —despite the fact that Chrisley had filed for Chapter 7 bankruptcy in 2012, after incurring of debt of $49.4 million.

The 47-year-old has some questionable spending habits. His family lived in a lavish 30,000-square foot mansion, but he had an outstanding mortgage of $12.0 million, a tax bill of over $5.0 million, and a loan in his wife’s name of over $4.0 million.

He once claimed that he spent $300,000 a year on clothing alone, but in his bankruptcy claims said his clothes were worth $650.00.

2) His Sister-in-Law Tried to Extort Him

Todd’s sister-in-law, Pamela Chrisley, was arrested in March of this year for trying to extort money from him. She was reportedly upset about her husband, Randy Chrisley, filing for divorce. In turn, she threatened to sell information about the Chrisleys to the media if they didn’t pay her hush money. She was taken into custody and released the same day for a $1,000 bond. Part of the bail agreement is that she makes no contact with the Chrisley family.

3) He Reportedly Abused His First Wife

Before marrying Julie Chrisley, Todd Chrisley was married to Teresa Terry. She is the mother of his two eldest children, Lindsie Chrisley-Campbell and Kyle Chrisley.

Savannah Chrisley, Chase Chrisley, and Grayson Chrisley are the children of Julie and Todd Chrisley. Two years ago, when the Chrisley family’s show picked up viewers, Terry had an interview to the Daily Mail.

She informed them that she was 19 when she married Chrisley, who was 21 at the time, and that the two divorced seven years later as a result of Chrisley’s physically abusing her. Chrisley has vehemently denied the charges.

Despite their abusive relationship, Terry believes Chrisley really loves his children, and she was concerned about him when he filed for bankruptcy. She also denies rumors that the flamboyant father of her children is gay.

4) He Is Estranged from His Eldest Son

Chrisley’s eldest son, Kyle Chrisley, was only seen on the first season of Chrisley Knows Best. This could be due to his troubled life battling drug addiction, as he has been in and out of rehab but claims to currently being clean. Problems arose when he gave a scathing interview to Daily Mail, in which he called his father “a snake.”

Kyle Chrisley fueled rumors that his father is gay, adding that stepmother Julie Chrisley is only with her husband for the money.

Todd Chrisley has been slapped with sexual harassment cases from former employees, and the lawsuits allege unwanted sexual behavior towards other men. Chrisley said he has nothing against the gay community but vehemently denies rumors that he himself is gay. He went on to say that excessive drug use has made his son bipolar.

Further straining the father-son relationship is Kyle Chrisley’s allegations that his father had stolen his daughter, Chloe Chrisle. It has been reported that Todd and Julie Chrisley legally took custody of their granddaughter when she was born.

Kyle Chrisley claimed that his father booted him off Chrisley Knows Best after the first season and tried to use Chloe Chrisley to increase viewership. His father fired back saying his son needs psychiatric help and that he was demanding more money for Chloe Chrisley’s appearance on the show.

5) Chrisley Is an Aspiring Country Singer

Todd Chrisley is looking to dominate the Nashville music scene by signing with Broadcast Music Inc. Earlier this year, he recorded a duet called “Infinite Love” with country singer Sara Evans as a gift for his wife.

Now he plans to release a Christmas album titled A Chrisley Christmas. The album contains covers of popular Christmas songs as well as a few originals and also features collaborations with Jana Kramer, RaeLynn, Emily West, and Michael Ray. The album will be released on November 4 and is currently available for pre-order.

Chrisley Knows Best is currently in its fourth season, and airs Tuesday nights at 9:00 p.m. EST on the USA Network.