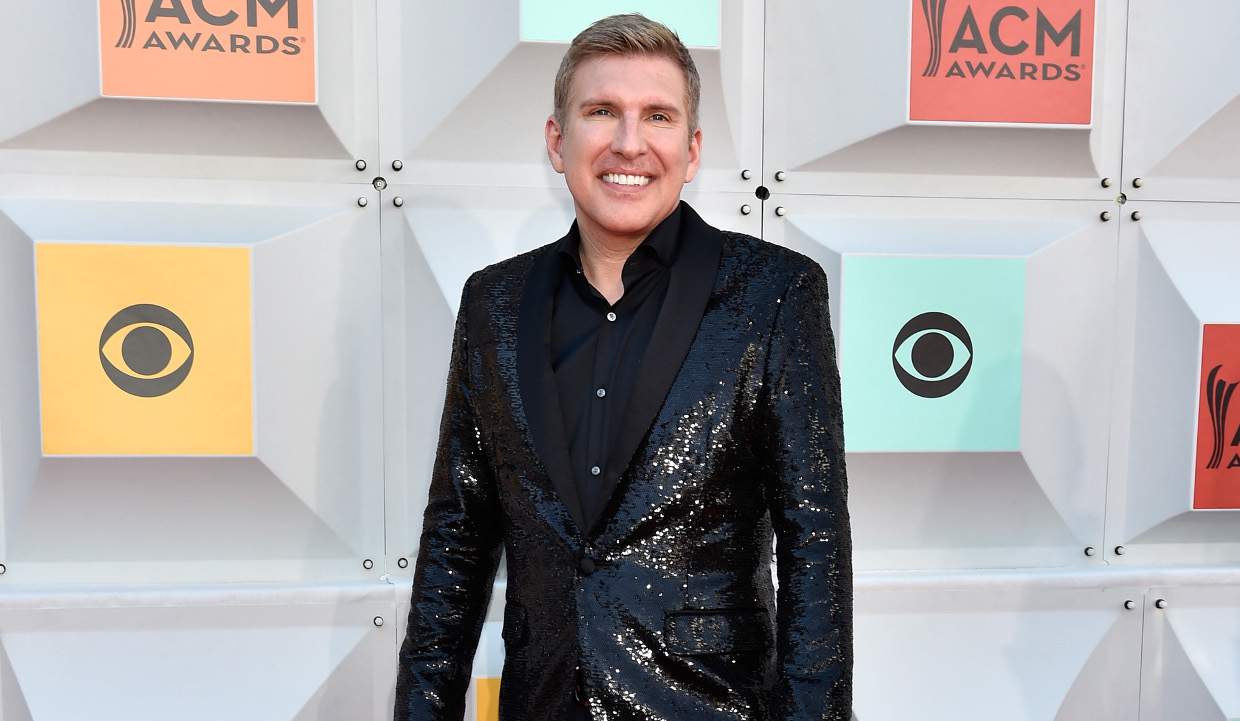 Who Is Teresa Terry?

Although she is not a part of the show, Chrisley Knows Best, Teresa Terry has played a significant role in Todd Chrisley’s life, as she was his first wife. Unlike her husband, not a lot is known about Terry’s childhood.

Teresa Terry’s age is 45, and she prefers to stay away from the limelight. Many were unaware she even existed until a few years ago.

It appears that Todd Chrisley has done everything in his power to keep the memory of his life with his former wife at bay.

Reportedly, when Terry was a 17-year-old high school student in Westminster, South Carolina, she fell for Chrisley, who was 19 at the time. Chrisley’s family’s house was the place where all the friends would often meet after school or on weekends.

Chrisley’s mother, Faye Chrisley, who is often seen on the show, would cook meals for all the kids. Talking about the start of her relationship with Chrisley, Terry explained that they would often go to movies and used to hang out together.

Terry further explained that at a very young age, Chrisley was obsessed with soap operas and dreamed of becoming a model. He was also fond of interior decorating. She said she could see why people would think he is gay.

When Terry was 19, she became pregnant with Lindsie; Chrisley was 21 at that time. After the hearing the news of their pregnancy, Chrisley decided to do the right thing, and he proposed Terry.

“Most likely we wouldn’t have married if I hadn’t been pregnant but we did and it was a big deal. There were six attendants on both sides and even though the town where we lived wasn’t big the church was full,” Terry said.

Terry recalls her first pregnancy was a little difficult. She was on bed rest from the fourth month on, but she said that Chrisley was very supportive throughout the ordeal.

Fifteen months after the birth of their daughter Lindsie, Terry and Chrisley welcomed their second child, a son they named Kyle. And after his birth, there was a gradual change in their marriage.

Talking about Chrisley, Terry said that he was a control freak and liked to control everything. Financially, they were fine, but they would often argue over almost every aspect of their lives.

Terry explained, “He had a mind-set that everything had to be in place at all times. He applied that to people as well. I like to put on a ball cap, put my hair in a ponytail and go out. But with him your hair always had to be fixed and you had to be dressed to the tens. I grew tired of being constantly corrected and I would run my mouth.”

Terry described her marriage to Chrisley as turbulent. She finally had enough and decided to put an end to their marriage in November 1994. She filed a domestic violence complaint and moved out of the house.

In the case filed, Terry alleged that in December 1992, Chrisley damaged her personal property and hit her and his mother while was drunk. She also said that on October 21, 1994, he hit her while she was driving so she pulled over and ran away.

When Terry went home to gather her belongings, Chrisley took all of her jewelry and threw her out of their marital house. Her other allegations include that he threatened to kill her with a knife on November 2, 1994. She went to the neighbor’s house and stayed there until she felt safe.

Three days after the ordeal, Terry stated that he “tore all her clothes, including her undergarments, from her body and battered her using his closed fist.”

According to the court documents, Terry tried to call the cops. However, Chrisley threatened to kill her if she reported it.

When Terry left the marital house, she took three-year-old Kyle and wanted to take five-year-old Lindsie, who was staying with Chrisley’s parents at that time. However, he didn’t let Terry take their daughter. So she then filed a criminal complaint against Chrisley, citing the “unlawful abduction” of their daughter.

According to Terry, “It was hard but I did get her back. She was gone about two months.”

The custody battle wasn’t easy and their divorce wasn’t finalized until 1996! Eventually, Terry dropped the domestic violence case, but Chrisley denied the allegations that he ever hit his mother or Terry.

When the divorce was finalized, they were both given joint legal and physical custody of the kids. Terry moved to South Carolina so that the sharing of the custody of the kids could become easier. However, in 2000, Chrisley moved to Atlanta and started a custody battle again, which went on for almost two years.

But the arrangement never took place because, within months, Chrisley moved to California! Lindsie decided to be with her father. However, Kyle didn’t want to, but they didn’t want to split up the kids.

“It was motivated purely by spite. Of course it’s an exciting thought moving to California. Lindsie and Kyle were old enough to say what they wanted.”

But it seems, Chrisley got what he wanted in the end.

Teresa Has Moved on In Her Life

After her divorce, Terry decided to put it all behind her. Although Kyle Chrisley has since struggled with drugs and alcohol and her relationship with Lindsie Chrisley is strained, Terry is doing her best to be happy in life.

Terry now lives in Atlanta with her partner and two kids.

“It’s been a wild ride, I’ll tell you that,” Teresa Terry said. “But I don’t regret marrying Todd because I sure don’t regret my children.”