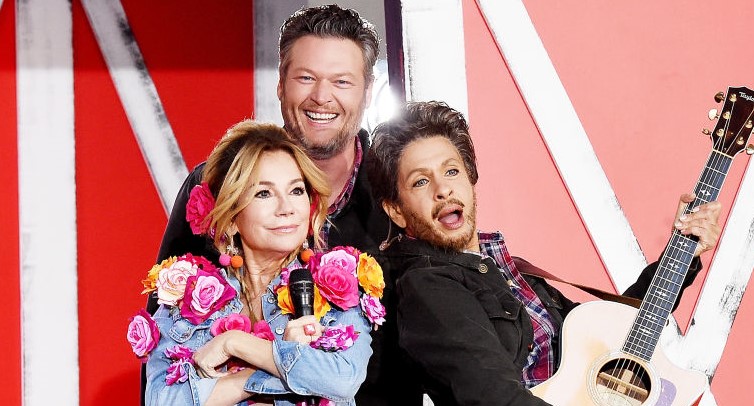 It has been a long-standing tradition of the Today Show for their hosts to go all-out on Halloween. For the past few years, they’ve even added a theme dynamic for the entire cast. It’s become an event that morning television watchers anticipate every year to see! So, what did the Today Show hosts dress up as this year? In this article, we’re going to take a look at the costumes the hosts have worn over the past few years and then move forward to what the costumes for the Today Show Halloween 2017 looked like!

The Costumes of The Today Show’s Halloween Past

The Today Show hosts have outdone themselves with so many awesome costumes and makeup over the years, it’s hard to keep them all straight! In 2015, the cast took on the roles of Charles Schultz’s beloved comic strip, Peanuts. The show opened with Willie Geist playing the piano as Schroeder, and then we got to watch the hosts appear as their characters through familiar settings of the comic strip and cartoon. Peppermint Patty (Tamron Hall) and Marcie (Natalie Morales) were found arguing in the classroom, Linus (Carson Daly) and Sally (Savannah Guthrie) dancing, but the biggest reveal was Al Roker as Charlie Brown and Matt Lauer as Lucy! Rounding out the Peanuts cast was Hoda Kotb and Kathie Lee Gifford as Snoopy and Woodstock, and former host Meredith Vieira as Pigpen. The Pigpen costume was especially well done, complete with a cloud of dust.

In 2016, the Today Show costumes were themed after the decade of the 90s, specifically pop culture of the 90s. Jerry Seinfeld (Matt Lauer), Demi Moore (Savannah Guthrie), and Steve Urkel (Al Roker) all made appearances, as did Tamron Hall and Willie Geist as Mia Wallace and Vincent Vega from Pulp Fiction, complete with a dance number. Carson Daley did double duty as the ’90s version of himself hosting TRL, and followed that up with The Terminator. At the end of the day, it was Matt Lauer’s “pirate shirt” Seinfeld costume that stole the show, as he sat down with Bryant Gumble and recreated a favorite Seinfeld television moment.

So, what did the Today Show hosts of 2017 dress up as this year? The entire theme for the hosts was country music with a little bit of each era and a bit of back up, in terms of guests. Hoda Kotb dressed as Blake Shelton, a bit of a thrill as the real Blake is a favorite of Hoda’s, a bit more of a thrill as the real Blake Shelton then appeared on stage with Hoda! Carson Daley came as Billy Ray Cyrus but not the guy in the beard and modern haircut we know today, no Carson went full mullet for his Billy Ray costume! Kathie Lee Gifford was costumed as Bill Ray’s daughter Miley Cyrus but she went more for the Hannah Montana era than the current Voice host. Al Roker would have stolen the show in his awesome Willie Nelson costume but then Savannah Guthrie and Matt Lauer came out as 80’s era Kenny Rogers and Dolly Parton complete with Rogers’ rhinestoned jacket and Parton’s 85 stories of hair.

The costumes were so good we feel a little bad for the show’s costume people, as now they have to try and top what they did this year! If we could be so bold, maybe Gilligan’s Island or maybe even a Batman theme next year? What we wouldn’t give to see Matt Lauer as Catwoman!