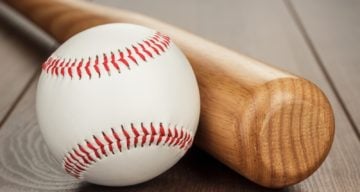 Former MLB pitcher TJ House came out as gay in December 2022, becoming the third former MLB pro to come out after Billy Bean and Glenn Burke. With his announcement, he also revealed he is engaged. TJ House’s boyfriend-turned-fiancé is Ryan Neitzel. With the passage of the Respect for Marriage Act in Congress, House and Neitzel are going public with their relationship of many years. We reveal more about the background of TJ House’s boyfriend in this Ryan Neitzel wiki.

Ryan Neitzel was born in Ohio on July 4, 1991, where he was also raised. He currently lives in Cleveland.

From 2013 to 2020, he was an assurance manager at Ernst & Young in Cleveland. Since 2020, he’s been an ICFR risk manager at L3Harris Technologies in Florida.

The Cleveland Guardians (then the Cleveland Indians) selected Glenn Anthony “TJ” House in the 2008 MLB draft. He played for the franchise from 2014 to 2016 before signing with the Toronto Blue Jays.

The former MLB pro had featured in Ohio native Ryan Neitzel’s Instagram at least since 2019. Neitzel has also had appearances on House’s Instagram. However, neither confirmed their relationship until 2022.

TJ House came out as gay on December 8, referring to the Respect for Marriage Act passed by Congress this month in his Facebook post. In the same post, he announced his engagement to Ryan Neitzel.

House and Neitzel have received messages of support and congratulations on social media. TJ House’s followers are especially ecstatic about this huge development in his personal life.