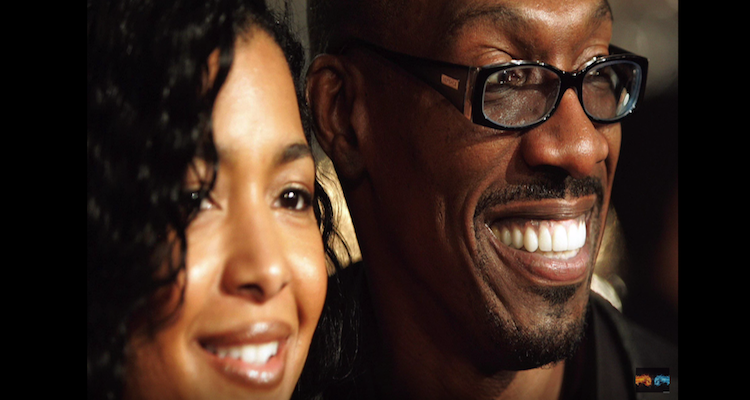 Eddie Murphy’s older brother, comedian Charlie Murphy, died on Wednesday at the age of 57, after his battle with leukemia, according to his publicist, Domenick Nati. Since the news broke, fans and friends have paid their respects to the family via social media. The unfortunate event has lead many to remember Charlie Murphy’s wife and how she died of cancer. If you want to know more, then take a look at our Tisha Taylor wiki.

Charlie Murphy not only resembled his younger brother but also worked closely with him. He co-wrote some of Eddie’s movies such as Norbit and Vampire in Brooklyn. He also costarred in The Boondocks, Are We There Yet?, and King’s Ransom. He recently wrapped an appearance on the TV show Power, but reports said that his costars were unaware of his cancer diagnosis. Fans have also been posting pictures and using Instagram to show their condolences to the Murphy family. With his death from cancer, it’s hard for people not to relate back to when his wife passed years ago.

They Met at a Party

Charlie met Tisha on a boat while she was having dinner with friends and he believed it was love at first sight when he first saw her.

“For me, it was an instant” said Charlie in an interview with BlackDoctor. “The first night I met Tisha was on a boat. She was having dinner with her friends. She didn’t know who I was, and I asked her to come with me. Her friends told her not to go. But she did. We drove straight to my brother’s house. My mother was there. My stepfather was there. Eddie was there. They were all in the kitchen. I walked in and said, ‘This is my future wife.'”

“We fit,” explains Murphy. “I don’t believe that you can meet another person that fits just like that. She wasn’t even another person. She’s a mirror, you know what I mean. It was like that for twenty years.”

The couple got married in 1997 and had two children together: son Xavier, 18, and daughter Eva, 11. Charlie also has an adult son from a previous relationship. The comedian was Xavier’s age when his own father died.

In an interview with Hot103, Charlie said that he tried to be there for his kids as much as he could.

“I’m trying to stay around, be around as much as possible,” he said. “I have a nanny, but the nanny is not mommy. … Daddy has to be there. I show up for my kids and my kids see me as much as I possibly can. Every morning, every night. I’ll cook for them myself. I don’t pay somebody else to do that. I’m aware of the fact that one day they are going to grow up and remember all these times.”

Tisha Taylor’s Cause of Death

How did Tisha Taylor die? Some don’t remember the details of Tisha’s diagnosis, but she died from her battle with cervical cancer in her sleep in the couple’s New Jersey home.

“Tisha Taylor Murphy, wife of comedian and actor Charlie Murphy, passed away peacefully on Sunday with family at her side after facing the challenges of cancer for the past two years,” Charlie Murphy’s publicist, Lyndsey Jacobs, confirmed to MTV News in a statement. “The Murphy Family appreciates all of the support they have received from friends and fans and requests privacy during this very difficult time.”

“I’m not okay; you’re never really okay you just learn to live with it. That’s something monumental, losing somebody that close in your life,” Charlie told Vibe in 2010. “It happened to my children, and me you don’t get used to and you don’t get over it.”