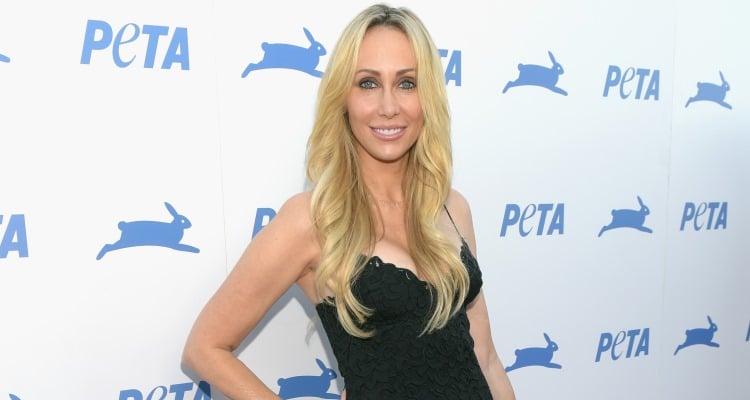 The Cyrus’ are always making headlines and are one of Hollywood’s most famous families. But now it’s the Cyrus matriarch, Tish, 50, who is in the spotlight. The world knows her as Billy Ray’s wife, but now but she’s finally making a name for herself. Who is Tish Cyrus? We have the answer to that question, right here.

Leticia “Tish” Cryus (nee Finley) was born on May 13, 1967 and was raised in Kentucky by her adoptive parents, Glenmore and Loretta Fenley. She was an only child and described her childhood as perfect. She always dreamed of being in entertainment and she had started dancing at just 3 years old.

For those of you shamelessly looking for Tish Cyrus’ hot pics, you’ve probably already looked at her Instagram account. You’ll usually find posts about her family, her interests, and any upcoming projects for herself and her kids. Being a “momager” is a full-time job and now, Tish is ready to manage herself for a change! As much as she loves her kids, she’s not against finding a passion project of her own and following her dreams.

Cooking with @mileycyrus on @todayshow this morning!

She was Worried about Noah

This woman’s work is never done. Tish helped Miley with her career and now she’s doing the same for her youngest daughter, Noah. But Tish didn’t jump for joy right away, according to an interview with People.

“She played a random coffee shop, she just got the bug, and that was that,” Tish, said about Noah following her father Billy Ray and siblings’ footsteps. “I was like, ‘You have to be 18! You are not doing this! I am not going down this road again!’”

She meant it jokingly, but there was a bit of truth to it. But now, Tish fully supports Noah and her music career.

“After she started playing in that coffee shop a few times, all of a sudden, a producer was there and reached out to her to write with her, and it just spiraled into this. She’s worked her butt off now for a year and a half, really getting in, writing. She’s been in the room on about every song and written on [her upcoming album]. She’s worked hard, and it’s paying off,” said Tish.

Tish has Her Own TV Show

Tish Cyrus’ net worth is about to get an increase! Not only is Tish a brand and talent manager for her daughters (Noah and Miley) and the face of her own candle line, Original Scent, she’s now also getting her own TV show on Bravo! The Cyrus matriarch is starring in her very own makeover show called Cyrus vs. Cyrus with her daughter, Brandi. Each episode isn’t just about drawing up floor plans, but it’s about going the extra mile. It’s a showdown between Tish and Brandi, who create design plans and pitch them to clients. The clients pick their favorite design and the losing designer has to help the winner execute the plan. We are sure we can expect more than a few Hannah Montana-esque adventures along the way!