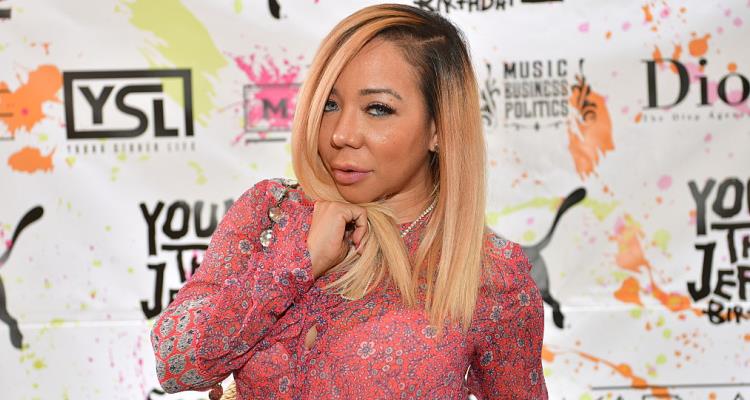 The girls of Xscape are back in action by kicking off a new tour later this month! With the ladies of Xscape back in the spotlight, many are curious to know more about its founding members, mainly Tameka aka “Tiny” Harris. If you’re wondering how rich Tiny Harris is or what Tiny Harris’ net worth might look like, here’s everything you need to know!

Tiny Harris’ full name is Tameka Cottle Harris and she is a singer-songwriter originating from Jonesboro, Georgia. She is affiliated with the ’90s R&B group Xscape, and has been married to rapper T.I. A fun fact about Harris is that she contributed to the famous and widely known song by TLC, “No Scrubs.” Standing at only 4’11, the artist received her appropriate nickname “Tiny.”

Always have fun on @bravoandy Thanks to my Pretty Hustle Glam team…first for this most talked about ponytail @kingk_glamshop she did that!!! #NoIGJeremy for keeping me stylish❤️ he always take good care of me & I had to take a picture with my dope ass NY makeup artist @mspriscillanyc I Love her!!! & @hairbyantoinettenyc for making sure the pony stayed together in the city!! ????

Xscape’s Tiny Harris age is 42 years old and some of the most popular Tiny Harris’ songs and albums with her group include “My Little Secret” from their third studio album and “Just Kickin’ It” from their debut album, Hummin’ Comin’ At You. Other hits include “Do You Want To,” “Softest Place on Earth,” and “Tonight.” Though they saw major success in the ’90s, Xscape broke up in 2002, and reports say there were multiple reasons that contributed to it. For one, some members considered going solo. Another reason, according to member LaTocha Scott was, “They [Tiny and Kandi Burruss] tried to kick my sister [Tamika Scott] out because she got pregnant. I told them they would have to find two replacements because if my sister goes, I go.” The breakup was inevitable, but they managed to make a reunion happen in 2005 with most of the members.

Aside from her music career, Harris has also worked in film and television. Tiny Harris’ TV shows and Tiny Harris’ movies include The Street Corner Kids: The Sequel, Tiny & Toya, Tiny Tonight, Entourage, T.I. & Tiny: The Family Hustle, Meet the Blacks, and Star.

If you’re wondering who Tiny Harris’ husband and kids are, she was formerly married to rapper T.I. (Clifford Harris Jr.), however, after six years of marriage, they decided to divorce. She has four children with T.I.: King Harris, Major Philant Harris, Heiress Diana Harris, and Leyah Amore Harris. Harris also has an elder daughter through her open relationship with Zonnie “Zeboe” Pullins: Zonnique Jailee Pullins.

While she may not be the most popular celebrity, her net worth is incredibly high. As of 2017, Harris’ net worth is reported to be $60.0 million! She has been working for decades in the music industry, and still balances her career efforts with her personal life. It all began in 1991 when rapper Jermaine Dupri discovered the group, when they performed at his birthday party. A year later, they signed to Dupri’s So So Def Recordings label and launched their debut album in 1993. The album gained a lot of popularity and supported their efforts to drop their second album in 1995.

In 2010, T.I. and Harris were arrested for drug possession but were released on $10,000 bail in West Hollywood. According to reports, they were arrested one night during a traffic stop on Sunset Boulevard when deputies smelled marijuana from their car. The rapper and his wife at the time were taken in for investigation.

Reports have recently surfaced that Harris and her former husband are back together! Her Xscape bandmate, Kandi, revealed the status of the couple when they visited Watch What Happens Live with Andy Cohen. Although they didn’t go into details, the episode revealed that the couple are working at it. One source said, “The spark between Tiny and Tip has been reignited and she’s got her mojo back. Tip finds nothing sexier than a woman who is self-confident and in demand, and Tiny is checking all the boxes right now. She’s back to being the woman he first fell in love with, and he’s more attracted to her than ever.”