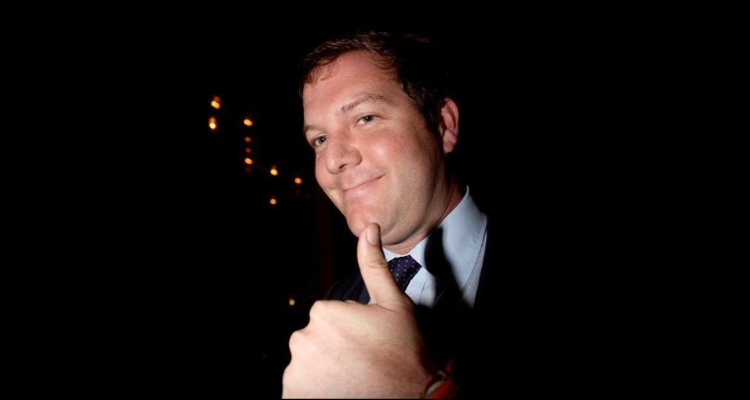 Topper Mortimer and his wife were once the pinnacle of New York high society, but things changed after their divorce. Mortimer leads a relatively quiet life but with ex-wife Tinsley starring in The Real Housewives of New York, people expect some juicy secrets about their lives to be revealed.

Now that Tinsley Mortimer has joined The Real Housewives of New York cast, there is immense curiosity about her personal life and her past. Needless to say, it’s her ex-husband, Topper Mortimer whose name keeps popping up.

Mortimer was married to Tinsley from 2002 until 2009, before they had a very public divorce. His marriage was also very public and the subject of media curiosity. Topper Mortimer was engaged to, and soon married, Tinsley in a Florida courthouse, when they were just 18 years old! People are curious to know more about him, so we have some details from Topper Mortimer’s wiki.

Who is Topper Mortimer?

Robert “Topper” Livingston Mortimer is an heir to the Standard Oil fortune and the son of Senga M. Mortimer and John Jay Mortimer of New York. John Jay was also the name of one of his grandfathers, who was one of the first chief justices of New York. Another grandfather was Henry Morgan Tilford, a former president of Standard Oil Company in California. So, it’s safe to say that Mortimer was brought up with old money.

Mortimer met Tinsley at Lawrenceville Prep, an elite boarding school in New Jersey. They started dating while still in their teens and married at 18, but Mortimer’s family made them annul their marriage so that they could have a “proper wedding.” Both Mortimer and Tinsley were 26 years old at that time.

The Collapse of a Marriage

Mortimer then worked at a wealth management firm named Guggenheim Partners, while Tinsley became an event planner. She used her Upper East Side connections and knowledge of fashion to become one of the most glamorous socialites in New York City.

According to reports, Mortimer resented his wife’s socialite status, leading to one of the reasons their marriage fell apart. Tinsley allegedly started dating a German aristocrat named Prince Casimir “Casi” Wittgenstein-Sayn while still married, which people speculate might have added to their divorce.

Tinsley filed for divorce and gave a public statement about her relationship with Prince Casi saying,   “We’re not hiding. I have filed for divorce. I am allowed to date other people.” Topper Mortimer has since been linked to several women, including Vogue’s Valerie Boster, actress Meredith Ostrom, and shoe designer Tabitha Simmons. According to reports, both Tinsley and Mortimer are still “close.”

Skeletons in the Closet

Topper Mortimer’s net worth is not known, but considering he is an heir to the Standard Oil Company, it must be very high. He also has money coming in from his job in wealth management. Today, he appears to be living a quiet, Upper East Side life.

People are hoping that they will learn more about Mortimer in the weeks to come when Tinsley is seen on The Real Housewives of New York. Who knows what might be unearthed, but audiences are waiting in anticipation!