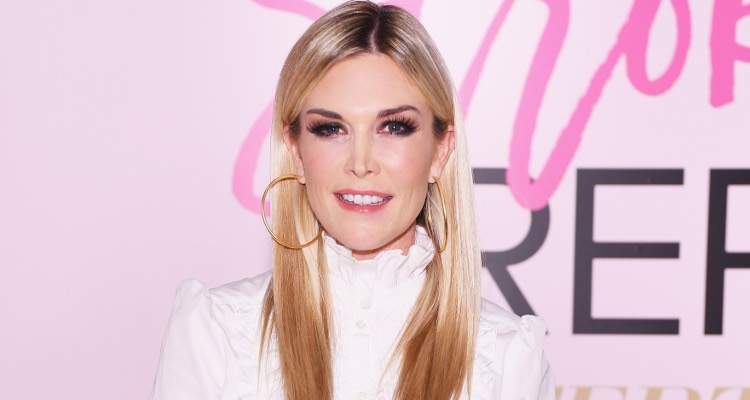 Tinsley Mortimer from The Real Housewives of New York City was in the news for breaking up with her long-distance beau, Scott Kluth. But now, fans are wondering if they will ever see the two sweethearts together again. If you’re a die-hard RHONY fan and can’t wait to see who Tinsley Mortimer is dating, then keep reading!

In October 2017, we all saw a very emotional Tinsley Mortimer on RHONY after she broke up with Scott Kluth. But fans have always had some hope that the couple would get back together sometime in the near future. Even a source close to the couple had once mentioned a possibility!

So, is Tinsley still dating Scott Kluth? Get the scoop on their relationship status, right here!

Scott Kluth, who is the CEO of CouponCabin, started dating socialite Tinsley Mortimer after they were set up on a blind date by Mortimer’s friend, Carole Radziwill.

The couple went strong until the fall of 2017. By winter, Mortimer announced that she had split from her boyfriend.

At the time, Mortimer was hopeful that she and Kluth would get back together. She said, “We did break up, but we did just see each other this past weekend for the first time after two and a half months. I was there to work for the company, so hopefully we are going to work things out.”

Tinsley Mortimer was married to her now-ex-husband, Robert Livingston “Topper” Mortimer, after eloping. The couple met at Lawrenceville School, a prep school, and fell in love.

Mortimer was 18 years old at the time, and her family did not approve. Mortimer (née Mercer), was reportedly forced by her parents to get the marriage annulled.

But the couple got married again in 2002. However, their union eventually ended in divorce.

In 2017, Bravo TV reported that Mortimer’s ex-husband was getting married to Tabitha Simmons. She is a luxury shoe designer and stylist at Dolce & Gabbana.

Simmons announced their engagement on her Instagram account. She showed off a beautiful monogrammed necklace, which had the couple’s initials.

Most recently, Simmons posted a picture of their daughter, Violet Elizabeth Mortimer, who was born on January 29, 2018, in New York City.

So, Who Is Tinsley Mortimer’s Boyfriend?

Before all the breakup drama, Scott Kluth and Tinsley Mortimer were totally in love. They traveled across Europe, and were smitten by each other from day one!

“We had such a great relationship,” Mortimer said. “It was a whirlwind romance. I mean, from the day we met, we didn’t even part—we had a five day-long date. [sic]”

The couple got along so well that Mortimer even took up a job as an account manager for his website!

The 40-year-old businessman also took a liking towards her. But since he was based out of Chicago and the fashionista lived in New York City, their long-distance relationship took a hit.

Mortimer, 42, has some hope left for their relationship. And, it looks like the couple doesn’t want to drift apart.

Tinsley Mortimer isn’t dating anyone currently, which could mean that the couple is just on a short break until they work out the logistics of their relationship! Either way, it seems die-hard fans will always be rooting for these two!