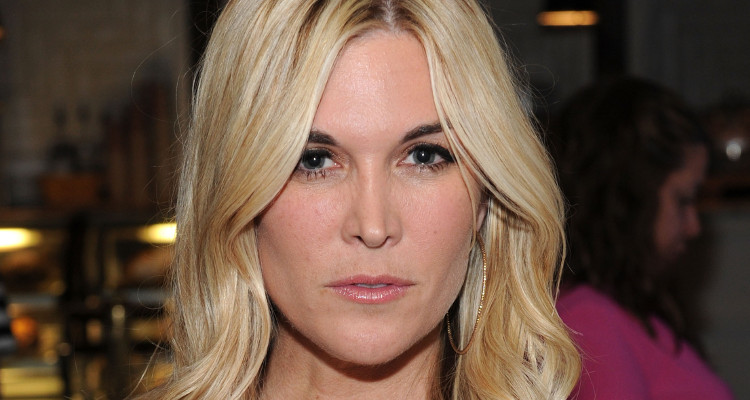 The Real Housewives of New York City gets more dramatic each episode. Last night (July 12), Carole Radziwill set Tinsley Mortimer up with a friend from Chicago. So, who is the mystery guy? Is Mortimer still dating him? If you want to know more about Tinsley Mortimer’s boyfriend, take a look at our Scott Kluth wiki.

Scott Kluth is not a big name in the reality television world. So, it is a little difficult to get information about his personal details. Scott Kluth’s age is 39 and he grew up in Lakewood, Ohio. If you take a look at Scott Kluth’s LinkedIn page, you will see that he graduated in 1999 from Northern Illinois University. He is the proud founder of CouponCabin, an online discount and cash back company. We’ve done a little digging to find some photos of the guy who may steal Mortimer’s heart and we found out he’s besties with a certain famous chef! Chef Anne Burrell of The Food Network never hesitates to share photos of her best friend, Kluth. Check out a couple below!

He Worked at Sears

Exactly 1 week ago tonight I was here… in Chicago with my 2 best guys!!!! I wish I was there now!!! @bigjo5thstgym #scottkluth #luckygirl #greatfriends #couponcabin

Before starting his own company, Kluth used to work for Sears. It is actually there that he got the brilliant idea to start CouponCabin. At Sears, he and his colleagues would buy items from their competitors’ website to gain knowledge about their packaging and shipping methods, and would use coupon codes to save money. Kluth described Sears as “very, very corporate” and stated that as one of the main reasons he chose to leave the job. He was also unhappy with the “red tape and politics of it all,” so he thought of starting a coupon site.

Kluth successfully implemented his idea and turned it into a reality thanks to his efforts and his mother’s capital. He took $5000 from his mother and started his business from the bottom. At the time, he was 25 and said that every good day would be followed by five bad days. Back then, Kluth’s philosophy was “build it and they will come.” When he first started the website, he just had $30,000, which lasted him about four months. To build the company, he had to take a loan from his mother and even sell his car.

Kluth started CouponCabin in 2003; the company’s LinkedIn page says, “CouponCabin is an online hub for the best savings on the Internet and the first coupon site to pair coupons with cash back. The company launched its cash back program in 2014, offering shoppers the chance to combine promo codes that always work with the ability to earn cash back through a simple click. Since its inception, CouponCabin has redefined what it means to shop online and save.”

“Shoppers earn cash back from top retailers including Target, Macy’s, Nike and Home Depot and receive their cash in the form of a check, PayPal, Chase Payments or an Amazon.com gift card.” The company operates out of Whiting, Indiana. It is not surprising that the founder of CouponCabin still uses coupons while shopping! Kluth explains that he grew up in a small town outside of Cleveland and his mother would use coupons while shopping, which is something that she passed on to him.

Tinsley Mortimer was married to Topper Mortimer, but they divorced in 2009. At this time, it has not been confirmed whether or not Mortimer is officially dating Scott Kluth. Sources claim that the two have been dating for a while now. In an interview, after Kluth was asked about his 10-year plan, he revealed that he would hopefully be married with kids. Mortimer’s representative refused to divulge any information on her personal life and even Mortimer herself chose not to comment on anything. While on their date, Kluth said, “She’s a riot, huh? She’s a ball of fire, huh? She’s great. I don’t know about the ex-husband’s ring, though, on her finger still.” Time (and hopefully the next RHONY episode) will tell if these two are actually dating!