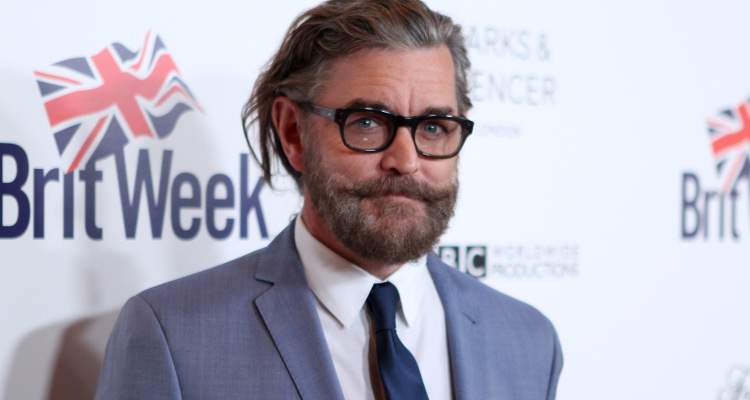 Timothy Omundson’s role as Carlton “Lassie” Lassiter was a fan favorite on Psych throughout its eight-season run. And “psychos” love him even more after the series finale ending. But Lassiter had a disappointingly short screen time on Psych: The Movie.

So, what happened to Timothy Omundson you ask? As it turns out, Omundson had a very valid reason to sit out of Psych: The Movie. He suffered a stroke and is currently recovering.

Psych: The Movie brought the whole crew together. Shawn (James Roday) and Gus (Dulé Hill) have started their new business they aptly named “Psychphrancisco.” Things happen, and the whole fake psychic team is back in business.

Maggie Lawson, Kirsten Nelson, Corbin Bernsen, Ralph Macchio, and John Cena reprised their old roles for the movie, which was directed by series creator, Steve Franks. Omundson was also slated to return, but we see him in a very tiny shot halfway through the movie.

Omundson was originally on board for a much more prominent role in the movie. However, he suffered what psychos now call “a wee touch of the stroke” in May, around the same time that plans for the Psych revival were announced.

According to reports, the 48-year-old suffered a stroke at Tampa International Airport. He was then rushed to the hospital for surgery.

Omundson is well on the path to recovery. He has tweeted several times about his progress and is currently doing well in rehab. And, his latest tweets tell us he enjoyed Psych: The Movie like all of us.

4 weeks ago yesterday since I caught a wee touch of the stroke. Been knocking it out in rehab. pic.twitter.com/Lx1EfEiOFQ

Timothy Omundson in Psych: The Movie

Soon after Omundson’s health scare, Psych writers scrambled to rewrite his part in the movie by keeping the integrity of a beloved character and accommodating his recovery schedule. His health obviously took precedence, and his role was reduced to a brief appearance.

“Tim suffered a stroke, and it was like the whole rug just came out. It was two weeks to basically, essentially rewrite the script,” explained Roday, who also worked on the screenplay. “The fact that we were able to turn that around so quickly into something that I think still works, is a testament to how much we love [Omundson] and the fact that there was some kind of greater energy guiding our hands.”

Detective Juliet O’Hara finds herself in a pinch because of some unethical dilemma. With bad guys after her, she makes a call to a dear old police chief. The only way we see Lassiter in the movie is through a video chat, lazing stylishly in his office, saying that he’s not Juliet’s “priest” but cops aren’t “saints” either.

So, that trademark dry humor does make Juliet feel a little better. Lassie also advocates getting “creative” in getting the bad guys off the streets. And, we know he’d go to any extent for that, including keeping the secret of a fake psychic for the greater good. He signed off with some typical Lassie love-hate words for Shawn.

Lassie knows just what to say to Juliet when it matters most. @Omundson #PsychTheMovie #WestCoast pic.twitter.com/HvfOCjjZ7U

The small yet poignant scene with Lassie could’ve reduced us to tears if not for his undying sass. For the old cast, it was a bittersweet moment stepping on set without Omundson.

“He was there in spirit,” said Roday. “So it became something that we were all able to rally around, and it kind of became a battle cry the longer we were on set.”

Omundson’s cameo was shot after the movie had wrapped.

“We’d seen the movie without his part and we’d gotten used to it at that level,” confessed Steve Franks. “In a sea of emotional things that had happened, it gave it a whole other level to be able to include him.”

Franks has taken a cue from the Fast and Furious franchise and is planning five more Psych movies. He is already counting on Timothy as an excuse to make a second movie.

There’s no word as to when they will start filming the next Psych movie, but we can hope for Lassie and his classic suspenders to make a full comeback by then.