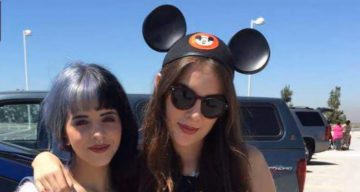 Melanie Martinez’s former friend Timothy Heller, age 24, has accused Martinez of penetrating her without consent during a sleepover they once had together. Martinez, 22, allegedly used a sex toy to violate Heller, after she was repeatedly told “no.” Now, Martinez has come out and spoken about her side of the story. Here’s everything to know about it in our Timothy Heller wiki.

The whole ‘girl raping girl’ story has now caught the eye of the media, and everyone wants to know more about Timothy Heller.

#1. Melanie and Timothy Were BFFs

Martinez and Heller had become very close to each other, with Heller considering her friend as someone she could fall back on. Heller was going through tough times mentally, when she found a supporter in Melanie Martinez. The young women bonded, but Heller claims Martinez had a strong influence on her. She said her friend used to coerce her to smoke weed.

In unexpected news, The Voice alum Melanie Martinez has been called out on social media by her former BFF, who is alleging that she was raped by Martinez. She allegedly used a sex toy to penetrate Heller without her consent and Heller had reportedly been hiding this piece of information for years. She has now come out with the claim, after speaking about it to other close friends and realizing that it was a big deal.

“The power she had over me, grew into me having a very hard time saying no to her… one night during a sleepover, she became increasingly interested in my sexual preferences,” Heller said when recollecting the night she was allegedly assaulted.

Martinez allegedly began with touching Heller’s arm, and then went on to touch the rest of her body. She is accused of performing oral sex on Heller, after which she used a sex toy on her. Heller was high at the time; she says she was “exhausted” and just wanted to get done with it.

“I am horrified and saddened by the statements and story told by Timothy Heller. What she and I shared was a close friendship…We tried to help each other. We both had pain in dealing with our individual demons…She never said no to what we chose to do together. And although we parted ways, I am sending her love and light always,” the singer posted on Twitter.

But she is receiving some major backlash from Twitterverse, and many are condemning her and withdrawing their support for her music.

and melanie is a r*pist, and some of her stans still support her.

did she say yes though?

Melanie Martinez is in hot water now. It’s going to become extremely difficult for the “Dollhouse” singer to promote her music and talent further, especially with such serious allegations made against her. After the slew of comments degrading her, Martinez’s stairway to the top has become steeper. She has the voice and the quirkiness, and her fans loved her for it. But now, after this scandal, will Melanie Martinez be able to move on without much damage to her reputation and career?

With all the other sexual misconduct allegations lacing the entertainment industry lately, we can only hope Heller gets justice if her claims are proven true. But, as of now, Martinez stands firm with her side of the story—that she is innocent.

The “Sleep” singer promotes her songs on the popular social media app. If you head over to Heller’s account, you’ll see a similar quirkiness in her style. Heller has also been singing for a while now, climbing her way to success, just like Martinez. Check out some Timothy Heller Instagram pics below: