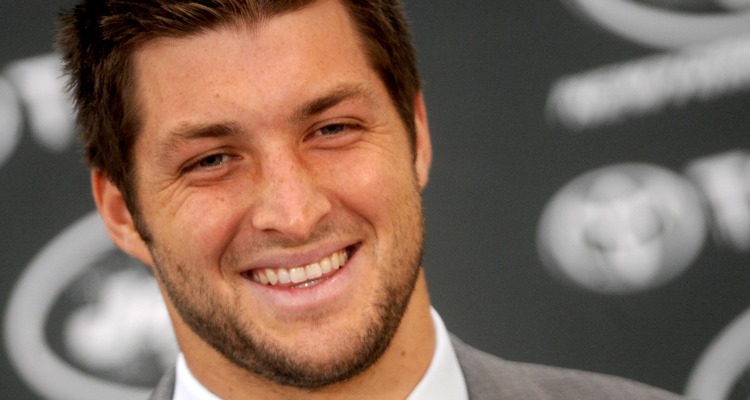 Tim Tebow is trading in his NFL quarterback gear for a fresh New York Mets “Tim Tebow baseball jersey!” The former Denver Broncos QB is getting the opportunity to chase the game of his dreams with the Mets in Port St. Lucie on September 19. Tebow was signed into a minor league deal on Thursday, September 8, and this could very well be the beginning of his bright baseball future. If you’re curious about Tim Tebow’s contract, or if you’ve been searching for information on Tim Tebow’s net worth, we’ve got all that information you need, plus Tim Tebow’s salary. Check out these interesting facts!

On August 11, Tim Tebow’s agent, Brodie Van Wagenen talked about the quarterback’s desire to play baseball on MLB Network Radio. During Tebow’s university days, he made a tough choice to choose a football career over baseball. Thankfully, with his abilities as a great athlete and his new contract with the Mets, his baseball dreams can also become a reality!

He’s Played for Many Teams

In 2007, Tebow played starting quarterback for the Florida Gators and became the first college sophomore to win the Heisman Trophy. In 2008, he was named the offensive MVP after leading the Gators to a 13-1 record and its second national championship.

In the first round of the 2010 NFL Draft, he was selected by the Denver Broncos. He spent two seasons with the team before playing for the New York Jets in 2012. He had done additional preseason gigs with the New England Patriots and the Philadelphia Eagles in 2012 and 2015.

Enjoyed today's awesome SEC game environment at a place where I have such great memories. #TBT

For avid football fans, you can check out Tim Tebow’s stats on the NFL website. Here are just a few:

The intended use of black eye paint is to protect players’ eyes from the sun. Tim Tebow, however, had other ideas in mind. Although several players also participated in this trend, Tebow’s actions made a monumental impact. During his college football career, he would often draw white Bible verses on his eye black. During the 2009 BCS Championship Game he wore John 3:16 and within 24 hours, the verse was ranked the highest Google search term, as it was searched over 90 million times! Tebow commented about the searches, “It just goes to know you the influence and the platform that you have as a student-athlete and as a quarterback at Florida.”

As exciting as that experience was, a rule for the next NCAA football season banned messages on eye paint. Although the NCAA denies the rule was influenced by Tebow (as the rule was not in place before), most people still refer to it as “The Tebow Rule.”

After Tebow’s slow decline in football performance, he was hired by ESPN in December 2013 as a college football analyst. He was also asked to co-host ABC News’ Good Morning America on January 31, 2014 before Super Bowl 48.

As of early August 2016, Tebow decided he wanted to pursue his baseball career and as of today (September 8, 2016), the Mets are committed to helping him achieve that goal!

Did you know Tebow is worth $4 million? The 29-year-old is a star athlete!

He’s Saving Himself for Marriage!

Tim Tebow is literally Prince Charming, but he still hasn’t found his special bride. His ex-girlfriend — former Miss USA, Olivia Culpo — broke up with him November, 2015 because of his pledge of abstinence. That being said, he’s quite the handsome guy and he’s definitely not afraid of commitment, so we’re sure it won’t be long until he finds Ms. Right!

Let's go! I'm answering your questions on my Facebook & Twitter starting now! Thanks to @AvocadosfromMexico! Who wants to be part of #AvosInSpace?? Go here: http://bit.ly/timavos

The last time Tebow was spotted with a woman was on Lip Sync Battle. Nina Dobrev serenaded the NFL star on the February 4 episode, singing Marvin Gaye’s “Let’s Get It On,” and speculation has surrounded the couple. It’s been a long time since that episode and the rumour turned out to be just that – a rumour. Dobrev is definitely not Tim Tebow’s girlfriend. Is Tim Tebow married? Nope! He appeared on The Ellen DeGeneres Show in the same month and confirmed he is indeed single. He’s looking for “depth,” and someone with “similar beliefs, chemistry and character.” We hope you find love, Tebow! But until that special woman comes into his life, he’ll be focused on his new baseball career!

It's Tebow Time. @TimTebow has signed with an MLB team. Click the link in our bio for details! ?: Chris Carlson/AP