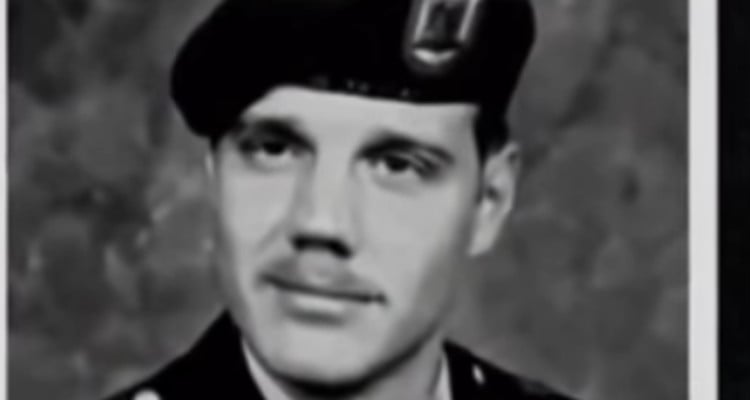 The long forgotten case of Tim Hennis may resurface again as many people are wondering about the guy who allegedly killed a woman and her two daughters. Here is everything you need to know about the case in our Tim Hennis wiki.

There has been a recent trend of true crime stories resurfacing in popularity. Whether the cases were solved years ago, or continue to remain unsolved, there is a growing interest in these real-life murders and trials. One such story is Tim Hennis’ case. The story was sensational back in the ‘90s sparking a Tim Hennis’ documentary. Aside from real-time coverage of the trial, there was a Tim Hennis’ movie called Innocent Victims. Tim Hennis was accused of killing Katie Eastburn and her two daughters in 1985. Keep reading for more details about Hennis’ case, right here.

Standing at 6’4”, Tim Hennis was a sergeant in the United States Army, who was posted at Fort Bragg in North Carolina. He lived with his wife, Angela, and their daughter, Kristina. When he was 27 years old, Hennis was accused of murdering Kathryn Eastburn and her two daughters, leaving their 22-month-old daughter alive.

In 1985, Kathryn Eastburn lived with her three young daughters: Cara, who was 5 years old at the time, Erin who was 3, and Jana who was only 22 months old. The family lived in Fayetteville, North Carolina and Eastburn’s husband, Gary, was a captain in the United States Air Force who was away in Alabama for training at the time of their murder.

The Eastburns were going to move to another country. Because of this, they placed an ad in the newspaper to sell the family dog, as they were unable to take it with them. They met Tim Hennis when he went over to their house in response to their ad. He left the Eastburn residence after adopting their dog.

For the next four days, the Eastburn’s neighbors did not notice any movement in their home. Their concern grew, and the police were soon called to investigate. Once authorities arrived at the scene, they saw Eastburn and her two eldest daughters stabbed to death, with their throats slit. Kathryn Eastburn was found next to her bed without clothes from the waist down, with evidence that she was raped. Eastburn and her daughters were found dead on May 12, 1985, but the authorities believe that they were killed either on the night of May 9 or in the early hours of May 10. Although the murder weapon was not found, some items from the house were missing. It was also reported that Eastburn’s ATM card was stolen, with $150 withdrawn from the account on the night of May 10, and during the morning on May 11.

On the news, Hennis saw that they were looking for the man who responded to the Eastburn’s newspaper ad. He then drove to the police station with his wife and their daughter where he cooperated with authorities.

A Twist in Tim Hennis’ Case

During the investigation, a man named Patrick Cone came forward, saying that he saw a man leaving the Eastburn’s house at the night of the murder. According to Cone, who also described the man he saw to a sketch artist, the man was wearing a Members Only jacket and drove a white Chevette. When Hennis went to the police station to tell them that he had responded to the Eastburn’s ad, the officer he spoke to immediately recognized him from the sketch, and questioned him.

Hennis denied killing the mother and her kids. He claimed that at the night of the murder he was with his daughter building a doll house. Without the evidence for a warrant, he was sent home after police took his picture. After Cone positively named Hennis as the man he saw, Hennis was charged with three counts of first-degree murder and one count of rape. When the amount was withdrawn from the ATM, a witness, Lucille Cook said that she saw a guy who matched Hennis’ description use the ATM at the same time Eastburn’s card was used. In 1986, Tim Hennis was found guilty of murder and was sentenced to death.

When he was given the death sentence, Hennis’ lawyer asked for a re-trial because the jurors were swayed after graphic crime scene photos were shown to them. He was granted a second trial in 1989, this time Hennis’ defense team was well-prepared and more aggressive than they were before. His lawyers claimed that none of the hair fibers found at the crime scene matched Hennis’. In fact, they produced several pieces of evidences that proved Hennis’ innocence. Therefore, Hennis was acquitted of all charges and he was able to resume his military career, which he retired from in 2004.

In 2006, the case was picked up again by a homicide detective named Larry Trotter, who believed that the advancements in technology would better find out who raped Kathryn Easburn. He retrieved the sperm samples that were kept in a crime lab, and had them tested for DNA. Once the reports came back, the evidence ruled that the sperm found in Eastburn belonged to Tim Hennis. Robert Bittle, the lead investigator in the case said, “I just wanted to jump up and … and scream, I was so happy. It was vindication.”

The only roadblock the prosecution faced was the U.S. Constitution’s double jeopardy clause, which states that one person cannot be tried for the same crime twice. However, prosecutors discovered a loophole. Though the state could not try him, the U.S. Army could.

Although neither the hair found in Eastburn’s bed nor the DNA found under her fingernail were identified, the rape kit was enough to charge Tim Hennis with murder. Some believe that Hennis and Eastburn engaged in consensual sex, before she and her daughters were killed at a later time by somebody else.

However, the military jury rejected the proposed counter-arguments and in April 2010, they declared Hennis to be guilty of murder. Currently, he is on death row at a military prison in Fort Leavenworth, Kansas. He will need presidential approval before being executed. For Gary Eastburn and his youngest daughter, the case has been solved. “I would just like to see him rot away in jail,” he said of Hennis in an interview with The New Yorker in 2011. “I don’t feel any burning desire to have him hanged or shot or whatever they do. I just want him in jail without a possibility of parole.”