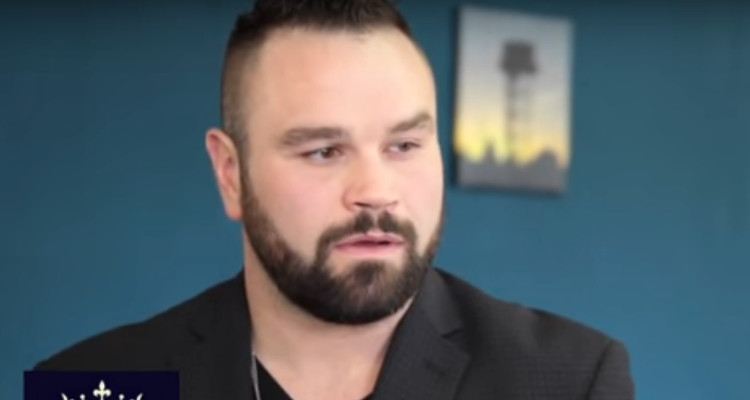 Tim Hague was an MMA fighter with a rising career. But it all came to a grinding halt when he tragically passed away. His death brings to light the dangers of the sport MMA fighters deal with.

MMA fighter Tim Hague had a tragic and sudden demise following a match on June 18. He died fighting, doing the sport he loved. The boxer’s last fight was on Friday, where viewers saw him fall on live TV. The Tim Hague vs. Adam Braidwood video is not meant for the weak-hearted. With his boxing career cut short, Hague’s death has raised concerns for MMA fighters. If you’re curious to know more about Tim Hague’s cause of death, keep reading our Tim Hague wiki.

Timothy Edward Lee Hague was born in Alberta, Canada. He was born on May 9, 1983, which made him 34 years old at the time of his death. Hague had a Bachelor of Arts from Augustana University College and an Elementary Education degree from the University of Alberta.

Before he embarked on a career in MMA, he was a teacher at an elementary school. In 2011, he was awarded the rank of purple belt in Brazilian jiu-jitsu under black belt instructors, Kyle Cardinal and Rodrigo Munduruca.

News of his death reached the school he taught. The principal at École Bellevue School, Jennifer El-Khatib wrote in a statement, “Mr. Hague was a beloved teacher and staff member. His students loved him and looked up to him, and he was an important part of our school community.”

#2. He was Called “The Thrashing Machine”

Hague wasn’t teaching for too long before he began his fighting career. He made his MMA debut against Eric MacDonald at King of the Cage Canada: Detonator in 2006. The first-time fighter won via submission. He won his next three fights and subsequently won the vacant KOTC Canada heavyweight title over Adriano Bernardo in only his fifth ever fight. His first loss came from Miodrag Petkovic in a split decision, which he avenged in a rematch.

He signed with UFC and made his debut against former professional kickboxer, Pat Barry, at UFC 98 and defeated him in the first round. His next fight was against Todd Duffee, who scored the fastest official KO in UFC history over Hague at 0:07 seconds into the fight. Following his loss to Chris Tuchscherer, he was released from the promotion.

He made his boxing debut in 2011, knocking out Patrick Graham in the Shaw Conference Centre in Edmonton. After a hiatus, he returned to the venue twice in 2016, dropping a unanimous decision to Stan Ahumada in September and losing by TKO to Mladen Miljas that December.

After being released from his UFC contract, Tim Hague signed a deal with Alberta-based, The Fight Club. He also won regional fights via Knockout against MMA veterans. But his winning streak didn’t last for too long. After losing a fight to Mike Hackert, he took a vacation to Mexico with friend and fellow fighter, Spencer Hendricks to regroup.

Back from his vacation, Hague took on Hackert in a rematch. However, after a first round TKO, he announced his retirement from MMA. But his retirement plan fizzled out and he was back in the cage. Following his return, he won three matches in the World Series of Fighting.

Hague fought against Adam Braidwood in Edmonton on Friday, June 16, 2017. He had been knocked down three times in the first round and another two times in the second, before it was waved off. In the second round, Braidwood delivered a brutal left-right combination that knocked Hague down.

He managed to walk out of the ring on his feet, but was in pretty bad shape backstage. He was taken to a hospital and his friend reported that he was in a critical condition. “Tim is currently in a coma. He had to have surgery to relieve pressure from his brain,” his friend and MMA fighter, Cody Krahn said.

On Sunday (June 18), Hague’s sister Jackie Neil released a statement saying, “It is with incredible sadness, sorrow and heartbreak to report that Tim has passed away today. He was surrounded by family, listening to his favourite songs. We will miss him so greatly.”

His death has shocked several fighters in the MMA circle. When it was reported that Hague was in a coma, Anthony Johnson cited it as an example to justify his early retirement from MMA. “This is a reality check for me!” Johnson wrote on Instagram. “I’ve knocked a lot of ppl out and [I don’t know] how this didn’t happen when I fought. I’ve been afraid of this happening to me and after learning about CTE I’m afraid of it happening to anybody.”

This is why I walked away. This is a reality check for me! I've knocked a lot of ppl out and idk how this didn't happen when I fought. I've been afraid of this happening to me and after learning about CTE I'm afraid of it happening to anybody. #RumbleSquad