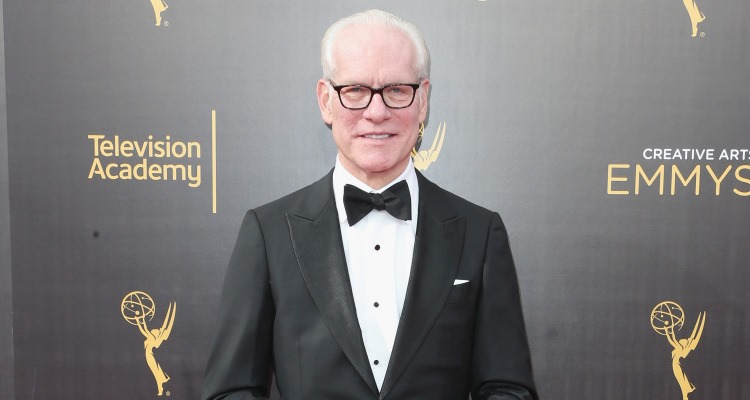 Tim Gunn, age 64, is an American fashion consultant, television personality, actor, and author. He’s well-known for his involvement on the hit TV show Project Runway, though he’s been in a variety of other TV and movie productions, as well. Gunn was born in Washington D.C. and began working at New York’s Parson’s the New School for Design in 1982, where his fashion career took root. He was the chair of fashion design at the prestigious academy for seven years from 2000 to 2007, after which he joined the renowned fashion brand Liz Claiborne as their chief creative officer. Tim Gunn is extremely well rounded when it comes to his career in fashion, and has branched into television while staying true to his fashionable roots. His versatile career has left people wondering—what is Tim Gunn’s net worth? Find out more about his life by checking out our Tim Gunn wiki below!

Who is Tim Gunn?

Tim Gunn branched into television in 2007 as the executive producer of Guide to Style, and then moved on to produce another TV show, Project Runway in 2011. He produced an impressive 98 episodes until 2016. During his time on Project Runway, he also executively produced Under the Gunn in 2014, which lasted about a year—and who said men weren’t good multitaskers? Taking his passion for fashion and creating some amazing television with it, there’s no doubt that Tim Gunn is anything short of talented.

With his career flourishing in the media, of course people became interested in his personal life, which led to talk show appearances and interviews; Tim Gunn has even been on the Jimmy Fallon Show more than once. The number on question that was asked when he first became popular was, “Is Tim Gunn gay?” In 2014, he opened up to the Huffington Post about his sexuality, and how he came to terms with being homosexual: “A large part of what I was struggling with as a teen was my sexuality,” he said. “I didn’t know who I was, but I certainly knew what I wasn’t. And I knew I wasn’t a heterosexual male. The whole idea of being gay absolutely terrified me.” He admitted that he struggled so much with his sexuality as a teen that he attempted to commit suicide at the age of 17. Emerging from that dark time when he was younger into the wildly successful man he is today, he’s made sure not to forget his past—he discussed his difficult past in his “It Gets Better” video in 2010, in hopes of helping other teens in a similar situation.

Tim Gunn’s family life isn’t in the spotlight much, though he’s told Huff Post that he never did officially come out to his family. “When I was growing up … I knew who I wasn’t, but I didn’t know who I was, I really didn’t,” Gunn said. “I had a lot of fears about being gay and what that mean … I already presented my family with a lot of disappointments and I didn’t feel that I wanted to present them with yet this.” While he suspects his mother found out about his sexuality later on, his father died much earlier, and the pair never spoke about it.

So, with all the drama surrounding his sexuality, is Tim Gunn married? To put it simply, no. He’s been pretty open about his relationship status, saying that he’s been abstinent for decades since his last relationship ended.

Tonight is the first @projectrunway popup shop! So why do I look so perturbed? Watch at 9/8c on @lifetimetv! XX

Some of Tim Gunn’s quotes have become quite infamous, and are indicative of his character. Check out some of our favorites below!

“You can be too rich and too thin, but you can never be too well read or too curious about the world.”

“Few activities are as delightful as learning new vocabulary.”

“I don’t know if people have gotten ruder or if my tolerance level has declined.”

“To cheer myself up, I try to remember the difference between short-term and long-term success. Living a good life and making a real mark on society is a marathon, not a sprint.”