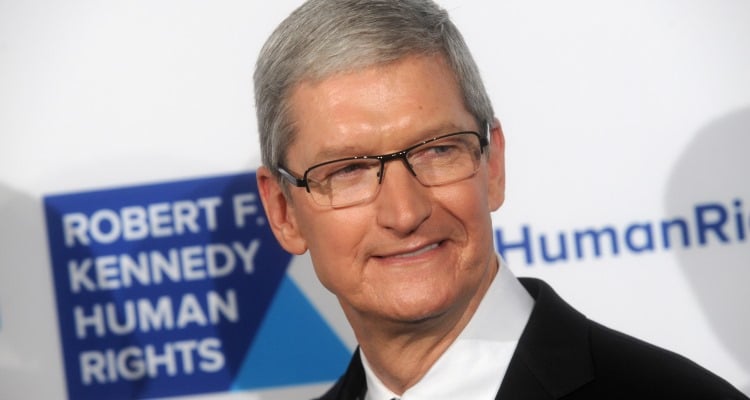 Tim Cook, Apple’s CEO, played Carpool Karaoke with James Corden and it was the most creative way to announce the iPhone 7! Corden even invited Pharell into the video to help Cook get his fashion on, before the Apple iPhone 7 live launch on YouTube! Who knew he could be so entertaining? The question has made people wonder is Tim Cook married? Where is Tim Cook from? We’ve got the scoop on all you need to know about the CEO, including Tim Cook’s net worth! Stay tuned for fun facts in this Tim Cook wiki!

He’s the CEO of Apple Inc.

After the sad passing of Steve Jobs, the previous co-founder, chairman and CEO of Apple Inc., Tim Cook stepped into his shoes to assume the role. The American business executive, industrial engineer and developer joined the company in 1998. Cook’s decision to join Apple was motivated by his first encounter with Steve Jobs. The Mobile, Alabama native said the following in a commencement speech at Auburn University:

“… No more than five minutes into my initial interview with Steve, I wanted to throw caution and logic to the wind and join Apple. My intuition already knew that joining Apple was a once in a lifetime opportunity to work for the creative genius, and to be on the executive team that could resurrect a great American company.”

He Stands for Equality

Although his close friends and colleagues suspected he was gay, he never made it public knowledge until October 2014. In an interview on Stephen Colbert’s The Late Show, he said he felt like keeping that part of his life private was preventing him from truly helping other people, “Where I value my privacy significantly, I felt that I was valuing it too far above what I could do for the people.” He discussed the issues of children being bullied in school, discriminated against and disowned by their parents, and felt that publicly announcing his sexual orientation would be an encouragement to them. People have been searching “Tim Cook boyfriend” and “Tim Cook partner” but he prefers keeping his private life out of the media as much as possible.

Tim Cook’s salary is over $10 million and one might think his goal is to build an empire for himself – but here’s the shocking truth. Tim Cook told Fortune magazine that he is planning to donate his entire fortune once he has fully paid the college tuition of his nephew, who is currently 10 years old. Although his net worth is not as high as Bill Gates or Mark Zuckerberg, he still hopes to make a positive impact. He’s already begun distributing donations to various advocacies out of the public’s knowledge, and he is seeking a way to create a systematic approach for philanthropy that isn’t limited to simply donating money.

It looks like Apple’s CEO has no shortage of great ideas!

For more details on Tim Cook’s net worth, click here.