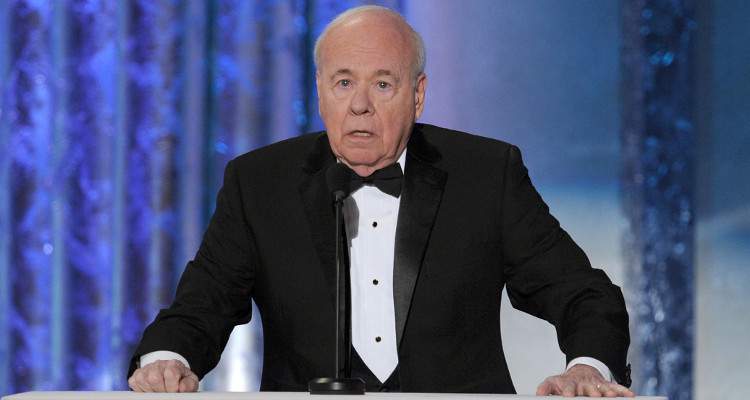 Carol Burnett and her old costars reunited to celebrate the timeless TV show, The Carol Burnett Show. But one of the main funny guys, Tim Conway, was absent for the reunion. Keep reading to know why Tim Conway was not on the 50th-anniversary special.

It was a gathering of comedic legends on CBS’ The Carol Burnett 50th Anniversary Special. Carol Burnett, Lyle Waggoner, and Vicki Lawrence proved they can still run the show and make our bellies ache with laughter, but fans certainly missed one important member of the cast.

Tim Conway regularly appeared on this great show, but he wasn’t present to celebrate a milestone—the show’s 50th anniversary. Fans are even asking if Tim Conway is still alive because, apparently, that’s the only reason for him to miss it.

But there’s no need to fret, folks! Mr. Tudball is still alive! Here’s an update on Tim Conway’s health.

Reportedly Under the Weather

CBS brought together Burnett, Waggoner, and Lawrence for The Carol Burnett 50th Anniversary Special on Sunday night. Burnett and her costars, along with guests like Jim Carrey, Jane Lynch, Maya Rudolph, and more, shared their favorite sketches and memorable moments from The Carol Burnett Show.

On such an epic night of comedy, it was virtually impossible not to give the late Harvey Korman a tribute. But they also shared a tribute to Tim Conway.

The comedian, who later became a regular fixture in the cast after numerous appearances, was legendary for making his co-stars crack up in the middle of skits with his unbeatable improvs. Conway even once said that he hadn’t found a script he couldn’t destroy.

The numerous throwback clips that were shown last night only prove that he was a major presence on the show. But fans were a little disappointed that he wasn’t there to celebrate and share memories with his costars!

Burnett did clarify on the show that Conway couldn’t make it to the party, which was taped in October. She said that he was feeling “under the weather, but he sent a funny tweet I read on the show.”

Twitterverse collectively cried at the words “under the weather.” They aren’t ready to say goodbye to another beloved icon which many are growing concerned about. And, some unproven dire reports about Conway’s health appear to frighten fans even more!

However, it’s not known how seriously “under the weather” Conway really is. The funnyman hasn’t given us any reason to worry yet.

Tim Conway is under the weather!! No! You leave him alone 2017!!! #CarolBurnett50 pic.twitter.com/eOw9lMiXvB

The 83-year-old hasn’t been active on Twitter since April when he wished his followers Happy Easter. On Facebook, he last posted a hilarious dedication to his “boss,” Carol Burnett, on her birthday (April 26).

Conway shared a nostalgic black-and-white image of them both and wrote, “Mrs. Wiggins, please send a dozen roses to Carol Burnett for her birthday. Let the card read: ‘To my friend and the best boss I’ve ever had. Love from the Conways.’ Better make them daisies, I’m on a budget.”

Fortunately, he came out of his social media hiatus on Thanksgiving to tell everyone he’s having trouble defrosting the turkey! And his last Facebook post was dedicated to the late Jim Nabors, who died on November 30. In addition to playing Gomer Pyle on The Andy Griffith Show, Nabors was also a memorable face on The Carol Burnett Show.

It’s not known what Tim Conway has been up to in the recent few months and there’s no information on his health. But we need not worry unless we hear from Mr. Tudball himself!