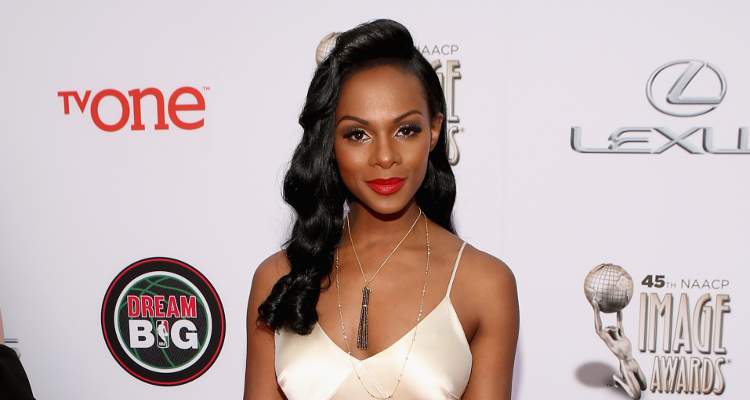 Nicholas James is an American television actor and the fiancé of fabulous TV personality, Tika Sumpter. The duo got engaged early last year, after welcoming a beautiful daughter by the name of Ella-Loren into the world. Like his wife, Tika Sumpter’s fiancé is a successful name in the acting circuit and has a series of movies and television shows to his credit. He was last seen in the military drama series, NCIS: New Orleans. Keep reading our Nicholas James wiki to learn more about Tika Sumpter’s fiancé.

Nicholas James, also known as Nicholas James Muscarella, is a television and film actor, who is now engaged to gorgeous American actress, Tika Sumpter. While the two were dating, they tried to keep a lid on their relationship in the media for a long time.

It was only after Tika Sumpter’s visible pregnancy last year that she was compelled to reveal the name of the mystery man in her life. The actress confessed that she was in love with The Haves and the Have Nots costar, Nicholas James and that he was indeed the father of her baby!

Ella's such a lucky girl. @nickjames138 you are an amazing father. I could not have asked for a funnier, more present and loving partner. Thanks daddy for sending me a good one. #happyfathersday #love #daddysgirl

Nicholas James and Tika Sumpter’s baby girl has been a binding force in their relationship and is known to keep the love blooming between the couple.

How They Met and The Proposal

Nicholas James and Tika Sumpter met in a way that most American actors do. They first crossed paths while shooting for the Oprah Winfrey Network primetime soap opera, The Haves and the Have Nots.

Sumpter mentioned in an interview that she was smitten by James at first sight and was compelled to get to know him better immediately! The couple hit it off in no time and soon became pregnant with their daughter, Ella-Loren.

Happy Birthday to my best friend, my soul mate, my partner in crime, the person who always dresses like me by accident, my fiancé…soon to be wife, my life partner, my lover @tikasumpter im so proud of you for all of your accomplishments, your drive, your charisma, your beautiful heart, and most importantly the mother you have become to our beautiful child. Here's to a lifetime of love and happiness! ?

After Sumpter delivered the baby girl, James, who apparently “couldn’t hold it within him any longer,” proposed to her in the most beautiful manner over holidays. He made Sumpter do a quick gift-hunt in the house, before popping the question with a hand-written letter that he delivered through their daughter’s tiny hands!

Since then, the duo is going strong and will hopefully marry each other soon enough!

Although Tika Sumpter is a well-known name in the television world, some may think that her soon-to-be-husband isn’t as successful. However, James is popular in the industry and has several shows and movies to his credit.

James was seen on TV shows like The Haves and the Have Nots and NCIS: New Orleans, where he played strong character roles. Nicholas James’ movies such as Fired Up! and Prom Night also prove his caliber as an actor, although they haven’t been hugely famous at the box office.

The handsome hunk, who is known to be a doting father and fiancé, prefers to spend his spare time collecting various teas and clicking pictures. James is also an ardent animal lover and a fitness freak with a fetish for eating healthy!

Looks like Tika Sumpter has found herself quite the catch!