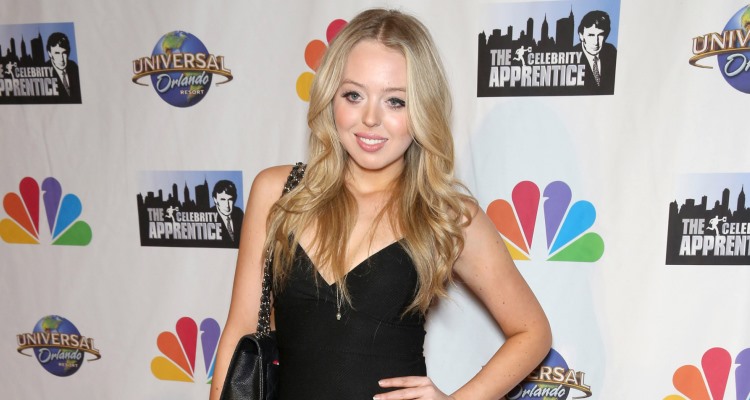 Donald Trump’s daughter, Tiffany Trump, is taking the stage tonight at day two of the Republican National Convention in Cleveland, to deliver her first speech about the campaign trail. And because of this, many have been online searching for terms like “Tiffany Trump boyfriend,” Tiffany Trump mother,” “Tiffany Trump Instagram,” and “Tiffany trump age.” In order to get you up to date on all things Tiffany Trump related, here is our Tiffany Trump wiki.

The 22-year-old is Donald’s daughter from his second marriage to actress and TV personality Marla Maples. Their marriage lasted six years and Tiffany is the half-sister of Donald’s other children. Maples raised Tiffany in California and the two are reportedly very close.

Tiffany graduated in May from the University of Pennsylvania, where she studied at the School of Arts and Sciences and is a member of the Kappa Alpha Theta sorority. She also graduated from the same class as Vice President Joe Biden’s granddaughter, Naomi Biden. It’s also her father’s Alma Mater, as well as her siblings Donald Jr. and Ivanka. It sounds like quite an expensive family tradition, but the Donald can certainly afford it!

Tiffany has been dating her boyfriend, Ross Mechanic (a student from University of Pennsylvania) for several months now. Tiffany’s Instagram has featured photos of their relationship and they seem very happy together. But that’s not all—he’s a Democrat! Not just him but his entire family, too. This doesn’t seem to bother Tiffany but we’re not sure how the family feels about it.

Tiffany landed a coveted internship at Vogue and reportedly got some help from her big sister and fashion mogul, Ivanka. According to an interview with Daily Mail, Ivanka stated that Tiffany would go to work at the unforgiving time of 5:30 a.m. and has even gotten to have lunch with Anna Wintour, Vogue’s editor-in-chief. We would love to have been a fly on the wall a that power lunch!