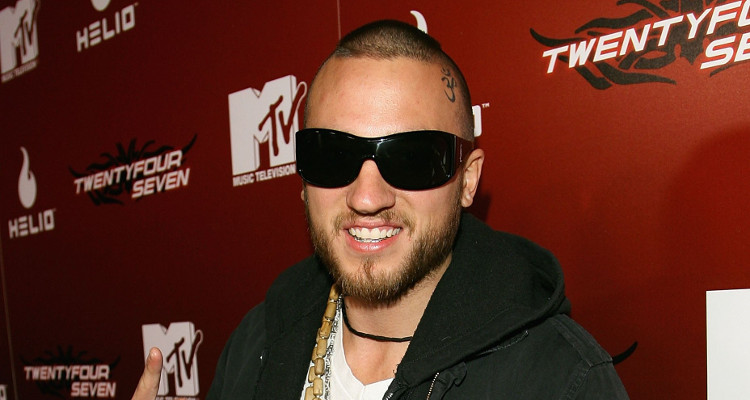 Actress Tiffany Thornton’s remarriage has divided people, upsetting some who feel that she has not spent enough time grieving her first husband, Chris Carney. Carney was also the father of her two sons before he died in a car accident in Hot Springs, Arkansas, in December 2015. Thornton herself is happy at finding love again and is defending her decision to remarry.

Actress, singer, and radio host Tiffany Thornton got married for the second time in her life on Saturday, October 7, 2017, when she exchanged wedding wows with Josiah Capaci. Thornton’s second wedding in less than two years after the death of her first husband (Chris Carney) has raised the eyebrows of some, who are accusing her of forgetting him too easily. Thornton is furious at these accusations and has defended herself on Instagram writing, “This. This is love. That all-encompassing, enduring, accepting, near perfect love. The kind that trumps my need to snap back at people who have the audacity to comment on my Instagram about whether I loved my first husband or not.” Tiffany Thornton’s first husband, Chris Carney died in a horrific car accident on December 4, 2015, in Hot Springs, Arkansas. Since then, Thornton has struggled as a single mom trying to raise their two kids.

Christopher Grant Carney was born August 19, 1980 in Ohio. His parents were Ruth Carney, who later became mayor of Hot Springs, Arkansas for six years, and Ken Carney, a pastor. He had three brothers, Greg, Barry, and Michael.

Carney is the former lead singer of a rock band called The Prom Kings. The Prom Kings were an American rock band based in Los Angeles, California, who got attention with the release of their self-titled debut album in August 2005. Their album spawned several hit singles like “Alone,” “Blow,” and “Down,” and made the band mini-celebrities for a short while. Carney was the band’s lead singer and was also featured on the short-lived reality show, twentyfourseven on MTV.

After the band broke up and Carney was arrested on drug charges, he went a different way. The former musician underwent drug treatment, after which he became a probation officer. It was around that point that Carney saw Thornton on her Disney show, Sonny With a Chance and became enamored. The two started communicating and soon fell in love.

Missing this smile so much today

On the Comeback Trail

After a 22-month-long engagement, Tiffany Thornton and Chris Carney got married to each other on November 12, 2011, at Garvan Woodland Gardens, in Hot Springs National Park in Hot Springs, Arkansas.

Carney had two sons with Tiffany Thornton, Kenneth James and Bentley Cash. Carney was very close to his kids and tried to spend as much time as he could with them, despite his grueling schedule. Carney was known to struggle with alcohol issues, but was trying hard to change himself even more and turn his life around before his terrible death in a car accident. He had even gone to Peru, where he helped build a church and also spent time helping the locals. His drinking had negatively affected his marriage with Thornton, so the couple had spent time away from each other for a while before getting back together.

Happy Fathers Day in Heaven Chris. I know you would be so proud of how your little boys are growing up and learning about Jesus. They have just started telling people about their daddies: "Daddy in Heaven, Jo like a Daddy and Jesus the Daddy". Makes my heart melt. I hope you got to watch them today and that you are also watching them tonight as they sleep. Thank you for giving me two of the greatest gifts in KJ and Bentley. #foreverinourhearts

How Did Chris Carney Die?

Hope turned into tragedy on December 4, 2015, when Carney was a passenger in a car driven by his friend, 37-year-old Ezekiel Blanton. Blanton lost control along U.S. Highway 70 East around 1:40 am. Their car suddenly spun out of control and went off the road before crashing head-on into a tree. Both men died on the spot due to their fatal injuries. Carney was just 35 years old when he was ripped away from his wife and two adorable children. Carney’s parents, Ken Carney and Ruth Carney were devastated by the death of their son and asked people to “keep Carney’s family in their prayers” at that time.

This. This is love. That all encompassing, enduring, accepting, near perfect love. The kind that trumps my need to snap back at people who have the audacity to comment on my Instagram about whether I loved my first husband or not. But let me take a moment to explain something to you. There is no timeline for grief or for when God moves in your life in undeniable ways. There are a lot of people who think it isn't good to be transparent on social media but I say forget that. I'm going to be open and honest because God wants me to. It's part of my testimony and it needs to be said. I was a mess yesterday during our wedding ceremony. So many emotions flooded my heart as I walked down those balcony steps to the arms of my gift from God. I thought of Chris watching us and knowing he would have loved the choice I made, for me and for the boys. I thought of Chris's amazing parents sitting front row and how much of a blessing they have been and will forever be in our lives. How happy they are for the boys and I and how much they already love Josiah. I am so completely humbled by the love I receive from this man. Jo came along EXACTLY when God knew I needed him. It wasn't my choice to fall in love so quickly after chris passed but I was growing so comfortable with being alone that it was becoming unhealthy. Looking back now I think God saw that if I went too long without love that it would become increasingly difficult for me to submit to the authority of a husband after being set in my own ways. When I say "Jo is the greatest thing that's ever happened to me" that in no way indicates that I didn't love my first husband with all that I had. How dare any one of you judge me and say that on a social platform. It doesn't make you any better of a person to cast judgment on others and sit in the seat of mockers. I will always love chris and jo knows that. And I will always love Jo. The beautiful thing about love is that it multiplies as new blessings come into your life. I don't have to share one bucket of love with the special people in my life. Each one has their own bucket. Get it? Isn't that amazing?? God's timing is not our own. And I praise Him for that. You should too.

Now, Tiffany Thornton’s wedding to her family friend and worship pastor Josiah Capaci has brought back memories of Carney and his life. Thornton took to Instagram to emotionally explain to fans and followers that her love for her new husband did not diminish in any way the love she felt for Carney, and that people should not comment otherwise. Thornton said, “I thought of Chris watching us and knowing that he would have loved the choice I made, for me and the boys.” Thornton is bravely trying to move on and build a good life for herself and her two sons. We congratulate her on her marriage and hope that the future only holds good things for her and her family!