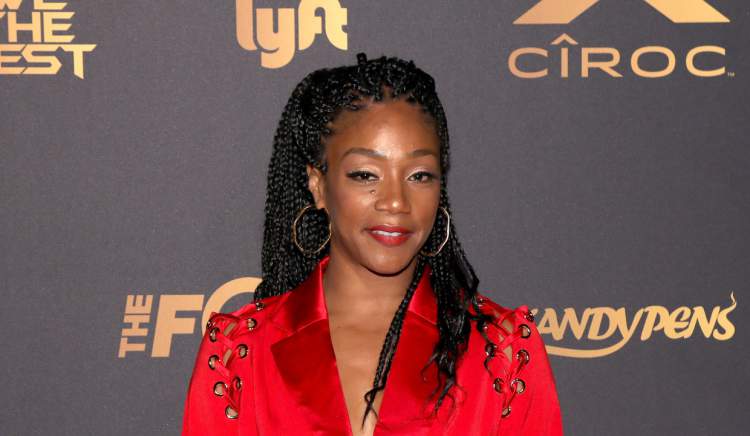 Tiffany Haddish is one busy woman! She’s got a 2019 lineup of movies and shows we’re anticipating and already ready with 2020 productions. But we’re most looking forward to her Netflix stand-up special, Tiffany Haddish Presents: They Ready premiering on August 13 on Netflix. With multiple box office hits, highly rated TV shows, and a great comedy career, it’s no surprised Haddish’s estimated net worth of $4.0 million is only growing. She’s certainly worth millions and her story getting there is inspiring.

Tiffany Haddish was born on December 3, 1979 in California. Her father, an Eritrean refugee, walked out on the family when Tiffany was three years old. Her mother, Leola, was a small business owner who remarried and raised Haddish and her four half-siblings.

However, Haddish’s stepfather allegedly caused Leola’s car accident that left her with severe brain injury with the intention of killing Tiffany. With no adults to depend on, Haddish became the primary caregiver of her younger siblings.

They were temporarily separated when the kids were put into foster care. Haddish suffered bullying and sexual assault which plunged her into depression.

At this time, Haddish indulged in comedy to cope with her hardships. Her social worker gave her the option of psychiatric help or the Laugh Factory Comedy Camp. She chose the latter and it worked as an outlet for her pain.

During her early days as a comedian, Haddish struggled with jeering audiences and lived out of her car. At that time, Kevin Hart was her biggest support. She says he not only motivated her, but also loaned her $300 so she could find a place to stay.

Hart however, never allowed her to pay back the money. Instead, he told her to repay the favour by working on a project with him. She did work with him on numerous shows and movies since then, including their box office hit, Night School.

The comedian’s Girls Trip was a huge success. But it was her hosting stint on Saturday Night Live that helped bring her to the top.

Haddish’s TV shows include That’s So Raven, My Name is Earl, It’s Always Sunny in Philadelphia, and New Girl. Despite guest starring in all these shows, Haddish was recognized for her innate talent in comedy.

Her commercial during the Super Bowl went viral, and people loved her in it. In the ad, she supported local businesses and was ever so funny while spreading the cause.

The actress has also starred in films. Tiffany Haddish’s movies include A Christmas Wedding, Meet The Spartans, 4Play, School Dance, and Passions of Attraction.

Haddish’s role as Dina in Girls Trip earned her a Critics’ Choice Movie Award nomination for Best Actress in a Comedy.

Today, the talented actress and comedian has an estimated net worth of $4.0 million.

And she’s not got this far being paid less than she knows she’s worth. A champion for equal pay, Haddish negotiates her paychecks by asking producers to pay her the “Guy Fee,” that is, that is what her male colleagues are paid.

Here’s how much Tiffany Haddish’s contemporaries make compared to her:

Tiffany Haddish married William Stewart, who reportedly abused her physically. The couple married twice and divorced both times, in 2011 and 2013.

According to Haddish’s memoir, The Last Black Unicorn, Stewart’s beatings caused her to have a miscarriage. But her now ex-husband has denied all allegations thrown at him and said that he has never beaten any woman in his life.

Stewart explained, “I have never beat or hit or called a woman a ‘MF or B’ while having a disagreement ever in my life. I never caused a miscarriage, I have documents to prove this.”

But Haddish survived all the odds against her and made it in Hollywood. Her SNL hosting role made history, as she was the first black female stand-up comedian to have hosted the show ever.

When Haddish got her first taste of success, she spent it on the care of her mother and grandmother. She bought them an apartment, arranged for nurses to care for them, and ensured a delivery service brought them three organic meals a day everyday.