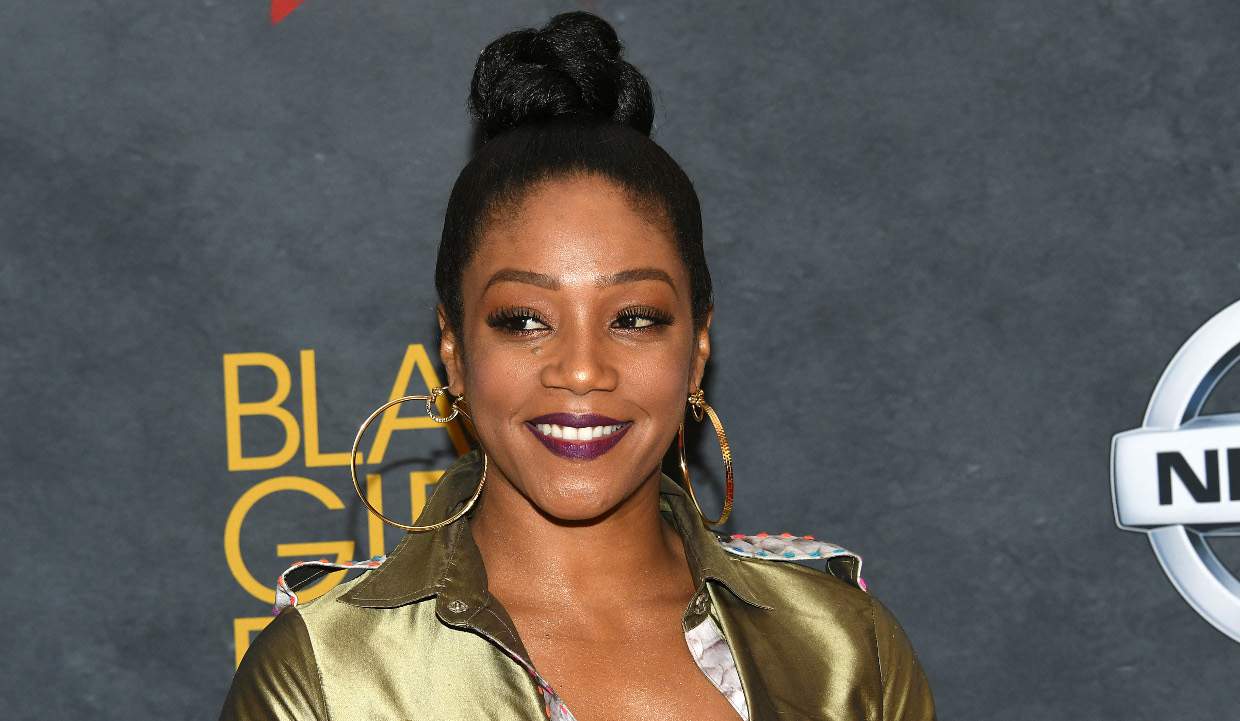 Tiffany Haddish is here with a new Netflix comedy special, Tiffany Haddish Presents: They Ready. The comedienne has come a long way, overcame a difficult life to get to the top which she detailed in her memoir, The Last Black Unicorn, which released in December 2017. Tiffany Haddish loves to make everyone laugh, but the details she revealed in her memoir are no laughing matter! She suffered sexual assault, bullying, and even abuse. Tiffany Haddish’s ex-husband, William Stewart, has been in the spotlight since accusations of domestic violence were made against him in her book.  The actress wrote about suffering abuse at the hands of Stewart, and now fans want to know more about him. Who is the man Haddish was married to? We have everything you need to know right here in our William Stewart wiki.

Stewart was the one who helped Haddish find her estranged father. She described her wedding day as “one of the happiest days of my life” because Stewart helped her fulfill her dream of having her father walk her down the aisle!

This was one of the Happiest Days of my life. Because that was the day I learned that dreams do come true. I didn't know my father growing up, and I used to work Bat mitzvahs and weddings and whenever the father and daughter dance happen I would get so jealous because I thought that would never happen for me. Then I met a man that said he would make my Dream come true of my father walking down the aisle and Dancing with my Daddy. My X husband did just that. Even though my Dad didn't want me to get married he stood right by my side. I cried so hard when we danced because there I was in my Daddy's arms. He said something to me I dreamed of him saying to me all of my life. He said " Tiffany you are the most beautiful woman in the world and I am so proud of you. Even when you wrong you are right in my eyes. I am here for you." That was it I started to ugly cry. Now my Daddy is in the Hospital with Heart failure and pneumonia. I am praying he lives so he can see me win awards, walk me down the aisle again, meet his Grandchildren I have yet to give him and share the success I have yet to gain. Daddy I Love you! God Please don't let my Daddy Die.

Unfortunately, their marriage didn’t last long. Tiffany Haddish and William Stewart were divorced twice —in 2011 and again in 2013.

In a July 2017 interview, Haddish spoke about the end of her marriage saying, “I gave everything I had. It just felt like I was back to that 9-year-old not being good enough, not being able to do enough.”

In her memoir, Haddish accused Stewart of abuse when they were married, and wrote about incidents where he was violent, and even jealous of her talking to another man.

She described one instance of Stewart’s abusive behavior at the Just for Laughs Festival in Montreal, saying, “He grabbed me by the collar, he was like, ‘It’s time to go to the room now,’ in front of everybody.”

“Just snatched me by my shirt, and pulled me to the elevator and threw me in it…once we got to our hotel room, he was so quick. He snatched me by the neck and slammed me into the wall,” Haddish wrote.

She went on to describe that she reported her husband to authorities, and police found her with cuts, bruises, and scrapes. The comedian even said that she had a miscarriage because of Stewart’s violent behavior.

Stewart responded to Haddish’s accusations and denied he was ever abusive toward the star. Apparently, even Haddish admitted that some of the details were embellished, and not everything happened according to what was written.

Stewart took to Instagram to clear his name, and in a comment on The Shade Room, said that he “never hit or beat a woman in my life.”

#PressPlay: #TiffanyHaddish's memoir #TheLastBlackUnicorn was released last week but there seems to be some discrepancies over what’s true and what was fabricated in the book. Tiffany recently went live and admitted some things may have gotten tweaked during the editing process. This came after multiple sources reported some of the shocking details shared in the book, including an alleged abusive relationship with her ex-husband who she divorced and married twice. __________________________________________ "He grabbed me by the collar, he was like, 'It's time to go to the room now,' in front of everybody," she wrote. "Just snatched me by my shirt, and pulled me to the elevator and threw me in it…once we got to our hotel room, he was so quick. He snatched me by the neck and slammed me into the wall." __________________________________________ She said things got so bad between them that at one point it led to an arrest and miscarriage. Now, Tiffany’s ex-husband is speaking out against the allegations, saying he loves Tiff until his last breath and he never put his hands on her. #Roomies, take a look and tell us your thoughts.

Stewart also said that he and Haddish were divorced for three years and are still friends today. He added that he did not want to do or say things that would harm Haddish.

As rumors keep swirling about the matter, reports say Stewart assembled a legal team to sue Haddish. In May, it was reported that Haddish and her memoir’s publisher were set to meet Stewart and his attorney in a courtroom in April, 2019. Whether the trial went through and a settlement, if any, was reached is unknown.

So, what’s the truth? Haddish’s claims may not be completely untrue, as details have emerged that she filed a restraining order against Stewart in July 2011. The details in the document reportedly match Haddish’s account in her memoir.

Even as the Tiffany Haddish and William Stewart family drama continues, she continues her rise as one of Hollywood’s most popular comedians, and there’s nothing stopping the newest comedian in town!