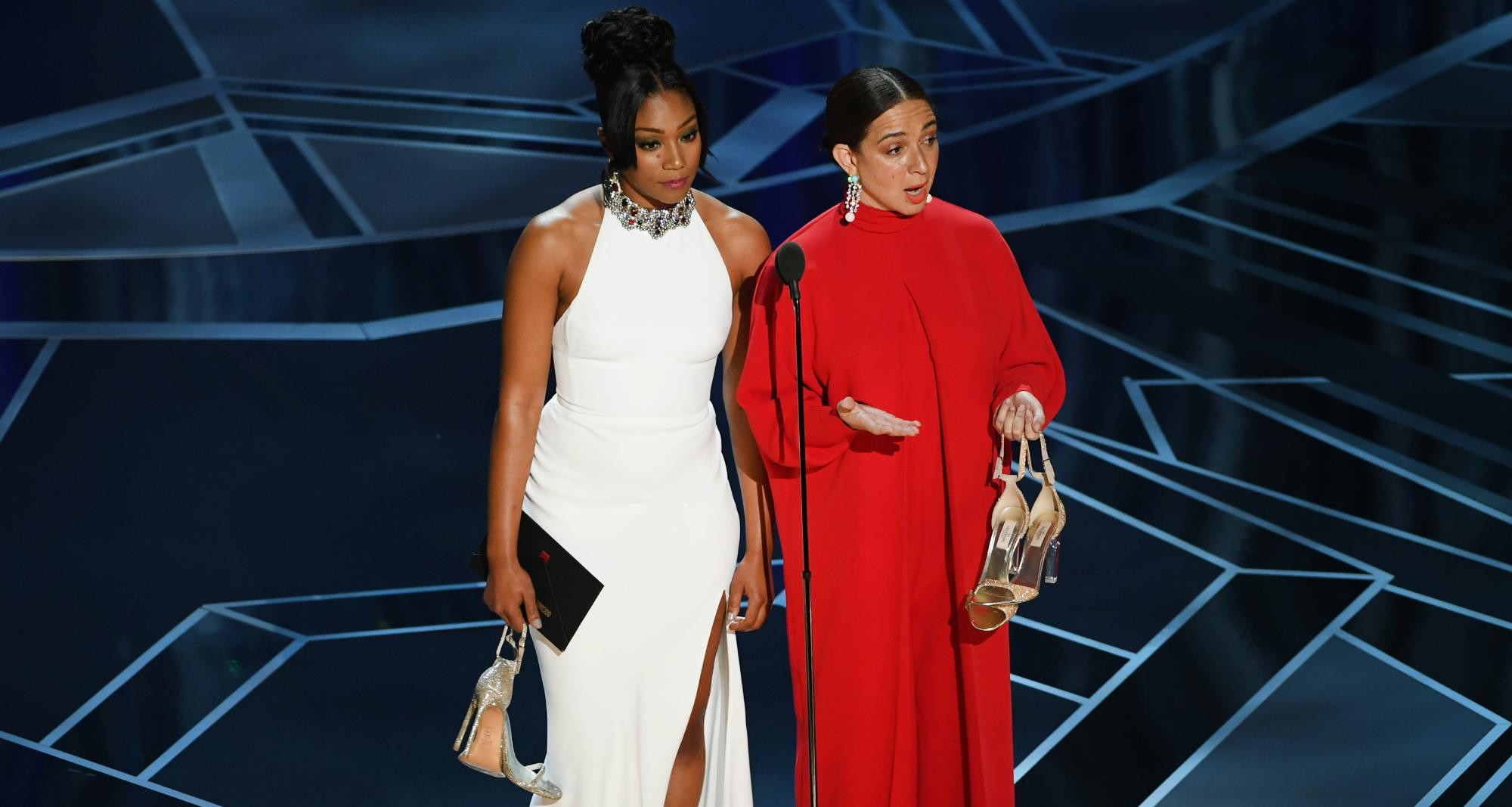 We all know Tiffany Haddish. Comedy queen extraordinaire, Girls Trip star, one of Time’s most influential people, and an unabashed role model. And we love her even more for giving us the important message of being yourself. The best part? She’s thrown Hollywood fashion norms out the window and has made a point of re-wearing the same white dress at major events. Will she continue the trend?

The Story of that White Dress

If you missed it, Tiffany Haddish presented the award for Best Documentary Short Subject wearing an immaculate white Alexander McQueen dress and Ugg slippers at the 2018 Oscars. (Beauty doesn’t have to always be pain, guys!)

Uggs aside, the Fashion Police were quick to note that the dress was very familiar. And for good reason!

As it turns out, the comedy goddess wore the same white dress twice before! (Obviously, a fashion faux-pas in Hollywood!) The first time she stepped out in that white number was at the Girl’s Trip premiere. The second time was when she hosted SNL in November 2017, poking fun at herself for rocking the insanely gorgeous white dress twice.

And then she made a comfort style statement at the 2018 Oscars again in the Alexander McQueen dress. What’s more amazing, is her attitude regarding the fact that she’s re-used her look!

It’s uncommon for any celebrity to repeat a dress once they’ve been photographed in it on the red carpet. Haddish also said on SNL that even her glam team didn’t want her to recycle the dress for the second time!

Why would Haddish go against red carpet style rules? It’s simply a statement that frugality is not a bad thing and Haddish’s goal was to make a point. The money spent on some of the dresses actresses wear to Hollywood premieres and events is astronomical, no matter what your salary is! So why is it such a crime to wear something more than once? 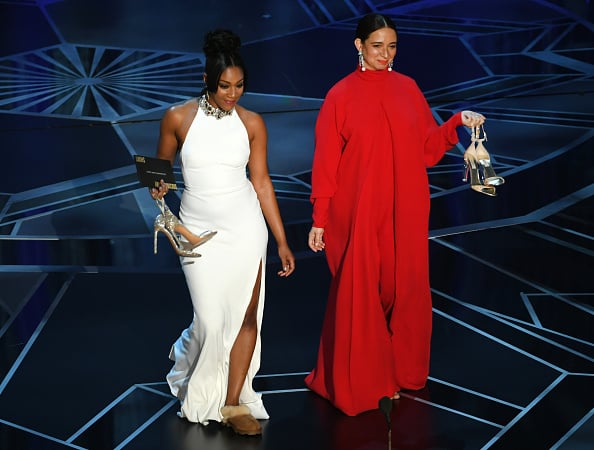 Haddish confessed in an interview that her stylist insisted she invest a little more into looking her best. But among the many options the stylist collected for the Girl’s Trip premiere, the McQueen fit her body best. And Haddish was certainly keen on getting good use from the dress she spent an obscene amount of money on!

“I should’ve known—wasn’t no price tag on that dress. So I wear it for Girls Trip, and then they give me the receipt. When I saw the receipt, I cried. The dress was $4,122!” she explained.

So, when you shell out over $4000 on a dress you’re supposed to wear only once, you do what Tiffany Haddish says to do; “Wear it “multiple f****g times!”

And don’t you expect her to be apologetic about it, either. As she pointed out, “That’s a down payment on a car, that’s a medical bill! So, even though everyone says I shouldn’t wear the dress in public again, I’m wearing it.”

During her SNL monologue about the dress (also while wearing it), she made everyone aware of why it’s important to her to wear it on more than one occasion. She’s so committed to getting the most out of her dress, she said she planned to wear it to bars, parties, and even wants to be buried in it! It was extremely funny (and unapologically honest) and the audience had a field day with the truth she was spitting.

Tiffany Haddish is not missing any opportunity to re-wear the McQueen dress; she wants to make every cent she spent on it worth it! It goes without saying that we’re seeing the white dress at the 2018 MTV Movie & TV Awards.

Haddish stopped by The Tonight Show Starring Jimmy Fallon in April where she promised, “You will see that again.”

“I haven’t been paid not one time that I wore the dress… Yet,” Haddish explained. So, she said she’s going to wear it at her next paying gig, which happens to be the MTV Awards she’s hosting!

And she’s mighty proud of how her simple act of recycling one outfit is sending a message to all women.

She told Fallon a story about a girl who is a scholarship student at a private school. The girl reached out to Haddish about other students making fun of her for wearing the same jacket and shoes. After Haddish’s SNL and Oscars appearance, the girl proclaimed to her bullies “I’m just Tiffany Haddish-ing.” That needs to be a thing, tbh. And it’s not only the girl at the private school is inspired to re-wear her outfits. Many have spoken out since seeing Haddish in the dress on multiple occasions, agreeing that the taboo of wearing “the same thing” more than once should be thrown out once andfor all!

And honestly, that dress is perfection on Tiffany Haddish! So, we have no problem seeing her in it every time! Will she really be wearing it again at the 2018 MTV Awards? We are willing to bet she will!

The 2018 MTV Movie & TV Awards will air on June 18 on at 9 p.m. EST on MTV. We’ll be Tiffany Haddish-ing it that night in the same dress from last Christmas. No shame here.