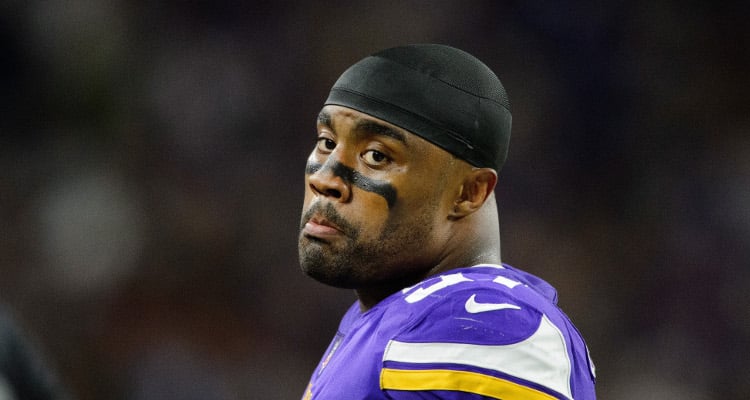 Thanksgiving was extra special for Minnesota Vikings star Everson Griffen. He not only celebrated beating the Detroit Lions, but also the arrival of his new baby boy. And, he wants fans to choose a name! Everson Griffen’s baby is his third son, and everyone wants to know more about the defensive end’s family, especially his wife, Tiffany Brandt. Keep reading to find out more!

A baby on Thanksgiving! As Vikings defensive linesman Everson Griffen can now attest, it does not get more exiting than that.  The player came prepared with a message for audiences, with the shirt under his jersey reading, “I just had a baby boy. What should we name him?” The spotlight is now on Everson Griffen’s wife and mother of his new son. We have everything you need to know about the new mom in our Tiffany Brandt wiki.

The Girl from Minnesota

Born and raised in Minnesota, she currently lives in Excelsior with her family. Tiffany Brandt’s age is not known.

According to her Facebook page, Brandt studied at Park Center Senior High School in Brooklyn Park Minnesota. She then went on to graduate from St. Catherine University in Saint Paul, Minnesota.

Tiffany Brandt met the Minnesota Vikings star at a now-defunct bar in Brooklyn Park, and have been together ever since. The player spoke about his life and family in an interview for a local paper last year:

“We met at a bar called Blondie’s in Brooklyn Park. It’s closed now. After my first year in the league, I was being immature and dumb, and I walked into the bar, saw her, and that’s all she wrote.”

Brandt recalled, “How we first met was kind of funny. He was there with his brother and some other girls. One girl was trying to fight me. I was, like, ‘I don’t even know this guy!’”

The couple got married in a beautiful ceremony in 2014. Brandt and Griffen have three little boys: Greyson, Ellis, and a new Thanksgiving Day baby who is yet to be named.

Everyone wants to see the glamorous pictures of the football star’s wife, but she prefers to keep her life private. So, if you’re searching for Tiffany Brandt’s hot pics, you won’t find any.

We also found this picture on Griffen’s Twitter. They are one cute family!

Brandt loves being married to Griffen and enjoys life as a mom. She is a constant support for him in his football career.

“He’s full of life. When he walks in a room, he’s just full of personality. You can’t not love him. I don’t know anybody else like him. We complement each other very well because I’m on the other spectrum. I’m just not as extroverted. It was instant for me. There was no going back. He told me he loved me after two weeks. We’ve always kind of been inseparable. I had no clue about football. It’s been a crazy ride, obviously something I never thought I’d experience. But it’s fun. I have never been passionate about something like that, so it’s awesome to see his passion for the game and to be there for that. It’s pretty amazing,” Brandt said.

Griffen has come a long way from the troubled start of his career. Brandt even sees how her husband matured to become a Vikings star and amazing father to their kids.

“He’s grown immensely. He knows himself very well. He was immature because he was spoiled, and obviously growing up as a great athlete, you get favored. I’m sure all of that went into play. He’s figured it out. I’m so proud of him. Most people in his situation would have opted to go the other way,” she added.

Brandt’s responsibilities as mom just went up a notch with the birth of her baby. We wish the very best for Brandt, Griffen, and their baby boy and cannot be happier for them!