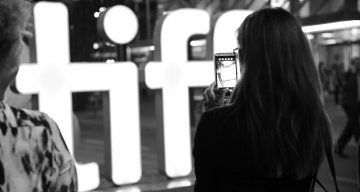 Science fiction films are always exciting because they hold the promise of head-scratching ideas and perspectives that audiences always seem hungry for. Now that the possibility of humanity becoming interplanetary is increasing, science fiction is becoming a genre that more and more movie-goers are becoming particularly interested in. TIFF 2018 has a special section where the best science fiction films will be screened—and we’ve got the details on five very special ones here!

The Toronto International Film Festival (TIFF) 2018 is just a few days away, and audience expectations are reaching mammoth proportions. While there are films of many genres being shown at the festival, one section that has evoked tremendous interest is the science fiction section. TIFF 2018 has a bunch of movies that will be screened in it’s science fiction section.

An often neglected category at film festivals, the science fiction genre has finally come into its own. While most films in this genre are still being made with the intention of taking audiences on a fantastically wild ride, there has certainly been an  increase in the production of sci-fi films to make us ponder our place in this infinite universe.

We bring you five science fiction movies that are exceptionally intelligent, utterly plausible, visually arresting, and thoroughly exciting—all of which will be featured at this year’s Toronto International Film Festival! They include dystopian futures, strange occurrences, and bewildering puzzles that gnaw away at our minds as we hurtle toward a brave new future. So, sit back and take a leap of faith!

In it’s greed to fill it’s coffers, Hollywood almost destroyed one of the best movie franchises that began with the brilliant 1987 opener, Predator. After one terrible sequel (Predators) and two related monstrosities (Alien vs. Predator 1 & 2), the franchise was almost dead. Now, director Shane Black is attempting to get the franchise back on track with his latest film, The Predator. After more than 30 years, the lethal warriors return to engage humankind once again in a scientific fight to the finish. 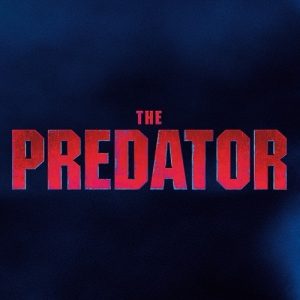 This time, these extraterrestrial creatures wreck havoc on a small town in America thereby forcing an ex-soldier (Boyd Holbrook), his autistic son (Jacob Tremblay), and an evolutionary biologist (Olivia Munn) to take action. All three independently have a gory encounter with the predators, as they realize that they are up against one of the most effective killing machines in the galaxy.

There are very few moments of humor in an otherwise tightly packed action film, but Black pulls it off. While this new film does not have the advantage of the unexpected (as the 1987 film had), Black does a fine job in showing off the menace and ruthlessness of the predators. Black tries hard to bring back honor to the mishandled franchise, and it looks like he succeeds!

The film is set in the future when humans have finally cracked the code of a new regeneration process that enables human beings to live forever. When some seemingly connected teenage suicides rock the perfect world that humans have built, there is a need to investigate the suicides. A tough detective (Yvan Attal), who has to find out the cause of this sudden wave of suicides, enlists the help of a rebellious 20-something-year-old girl (Garance Marillier).

Together, they have to enter into an underworld of alternative religions, dangerous conspiracies, and life or death choices. The director does not overly rely on special effects but focuses on the emotional journey of the characters and crafts a unique, dreamy, and mysterious experience for the viewers.

Using strong visual metaphors (like a floating jellyfish among others), the director makes a film that is believable and fresh. The two lead characters give terrific performances while the film keeps audiences guessing until the very end.

The premise of the movie is exciting and grabs your attention right away. Armin (Hans Low) wakes up one morning after suffering a tragic loss and finds that all of humanity has disappeared literally overnight. He seems to be the only one left behind and has all the time in the world to think about himself, that is until a stranger arrives. 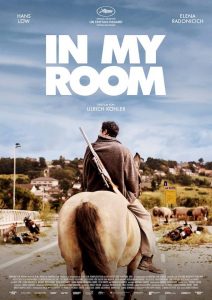 In My Room Credits: Facebook/InMyRoomFilm

Armin can’t handle himself well, both in his personal and professional life, and returns to his home to tend to his dying grandmother. He develops concern for her and a sense of responsibility he never had before, but then her death changes the world in a most unexpected way.

The film tackles the high concept ideas of elastic time, homeland, freedom, responsibility, and existentialism. At the same time, it is a pleasure to watch and it is very moving. It’s “last man standing” concept tackles themes of the end of humanity and it’s potential rebirth, a kind of reenactment of the perfect Eden.

The film plays in reverse-chronological order, showing one man’s tortured inner world and the circumstances that lead him to make a life-changing decision. The opening scene is shocking as one man hurls himself to his death from a multi-story apartment building. Then, the audience is taken on a journey that details the events that led to this horrible tragedy. 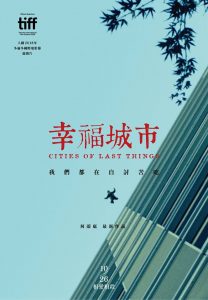 Lao Zhang, a depressed former police officer, is pining for a lost love and fighting with his adulteress wife about their relationship, which went sour a long time ago. The film shows the various relationships he had with other women, which have come to define him as a man. Zhang finally decides to act so that he can stop the infinite pain he is feeling within himself.

Without being preachy, the film educates it audience on the societal and political changes taking place in the world. The city (which is never named) is exposed for what it is and it’s hidden underbelly is detailed. The film explores sadness in a very humane way, as it is increasingly the primary feeling we humans feel even if we are on a rocket-ride to material progress.

The film reveals a dystopian world ruled by violent and murderous misfits. Their evil is counterbalanced by one woman and her raggedy family of rehabilitated marauders fighting for the rarest of things; peace. It tells the story of a charismatic woman named Jessica (Aomi Muyock) who looks after a band of reformed misfits, even as rootless orphans are looting the world and roaming the streets. 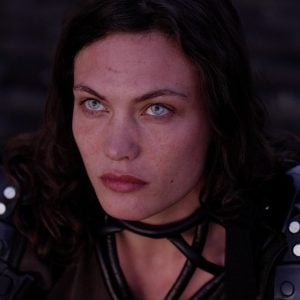 The orphans kill for food as well as pleasure, and Jessica works hard to keep her brood on the right track. Her goal is to help save more of them, even though they have the freedom to walk away. The film has horrifying elements like drone attacks, parachute drops, and midnight swims, which lead to dead relatives and worse.

The film has a strong feminist angle but is also a parable of an individual taking responsibility and fighting back against all odds. It is about never giving up even when confronted by forces of evil and lighting a lamp to drive away the fast approaching darkness. In the midst of real evil we see even today, the film comes with an apt message.