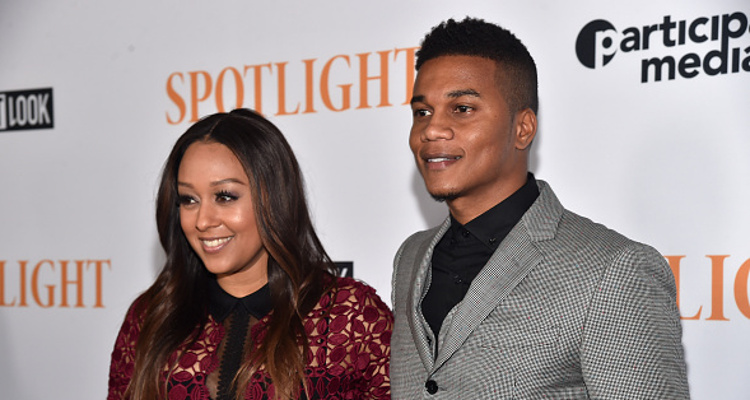 Cory Hardrict is more than elated that his wife, Tia Mowry, is back on TV with the show Me, Myself & I. He was recently seen in the docu-series Black Love. Find out how Cory Hardict’s net worth of $3.0 million was earned, and more about his wife and kids right here!

Tia Mowry and Cory Hardrict celebrated their ninth anniversary this year. The couple will go into detail about the beautiful way they met in Black Love. If you are a Cory Hardrict fan, then you need to scroll down and read up on Tia Mowry’s husband.

Who is Cory Hardrict?

Cory Hardrict was born on November 9, 1978, making his age 37. Details about his childhood are unknown, but the actor is pretty candid about his past. In an interview, he spoke about never being in a structured environment like his wife was. She had both parents in her life, Thanksgiving dinner, and general order, while Hardrict was always in between jobs. While Mowry was filming Sister, Sister, he worked odd jobs at K-Mart and in security. His humble beginnings are what has made him who he is today, and has helped Mowry grow as a person too.

The odd thing about love is that it can happen in the strangest of places. Hardrict was struggling to make ends meet, and Mowry just wrapped up Sister, Sister. Hardrict remembered living in a studio apartment with no furniture before they met, “I was waiting on a bus stop —after I shot my first film. Her sister and her drove by, they saw me waiting and asked to give me a ride. I was embarrassed. I was downtown. They gave me a ride and we were friends ever since. They took me to Inglewood, so that’s how that relationship started.”

Though his career had a rough start, things started looking up in 1999. Cory Hardrict had a minor role in the rom-com Never Been Kissed, and then went on to appear in Crazy/Beautiful (2001) with Kristen Dunst, as well as Miles from Home, The Contract, and Driftwood all in 2006. Hardrict and Mowry were dating for four years at the time, and according to her, “We weren’t physical, we didn’t do anything for a while to make sure this was something special and this was something real.”

The couple got married on April 20, 2008 in California. They welcomed a baby boy, Cree Taylor Hardrict, on June 28, 2011. According to Essence, the couple maintain a healthy diet and stay fit, partly because Mowry suffers from endometriosis, an abnormal tissue growth in the uterus. She loves yoga, and the two hit the trails for an added workout. After 17 years together, the couple are still going strong and enjoying every minute!

Peep Cory's smile y'all. Can't believe it's been 5 whole years since baby CreeCree was born. He's growin' up so fast! His daddy has clearly been proud of him since day 1. Cory understands the importance of family values and he always keeps 10 toes down because God is too real. #Legendary #Blessed #God #Family #Cory #CreeTaylorHardrict

Hardrict is a proud father and husband, and counts his blessings. He went from living paycheck to paycheck, to being a millionaire in a few years. After Cory Hardrict married Tia Mowry, his luck changed. With all his hard work and success, Hardrict’s net worth amounts to an estimated $3.0million. He is a well-known actor, producer, and singer who is not looking to slow down any time soon!