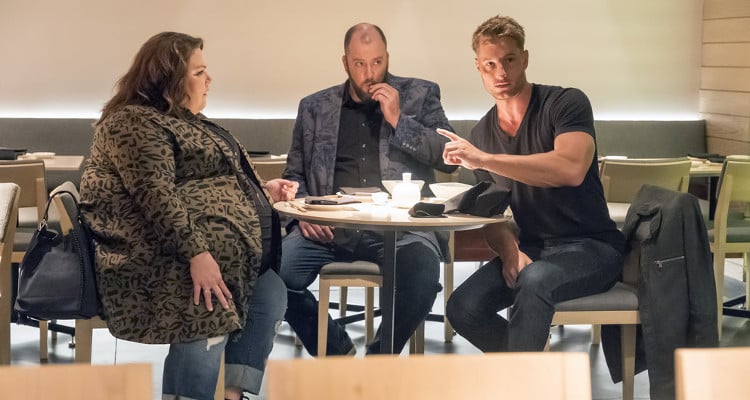 Although NBC’s breakout drama This Is Us ended its first season in March, it feels like an eternity. And now, This Is Us returns to our TV with season 2 to continue the Pearson brood’s story where it left off.

After single-handedly driving the tissue industry, This Is Us season 1 ended on a dramatic note leaving us with a lot of questions regarding some of its characters. With the This Is Us season 2 start date tonight (September 26), the wait is finally over! We don’t have to hold our breath to see how they continue from the heartbreaking season 1 finale. The cast of the show clued us in on what’s in store for us this season. Here’s what you need to know about the This Is Us cast for season 2.

Deep in the Pearsons’ Past

This Is Us season 2 will shift between the past, present, and future to explore the Pearson family history more deeply. Season 2’s story will begin the day after Jack and Rebecca’s break up. Creator Dan Fogelman said it won’t be easy fixing their relationship “but that doesn’t end a longstanding relationship.”

Sterling K. Brown already warned fans of the show that there’s going to be a lot more tears this season. Randall Pearson’s biological father, William, played by Ron Cephas Jones, passed away in season 1. But he will return in season 2 in flashbacks that will have you reaching for the tissues again.

Also returning is Chris Sullivan as Toby Damon, Kate’s fiancé. According to Metz, Kate and Toby’s wedding won’t be happening early on this season. On the other hand, Randall’s marriage with Beth, played by Susan Kelechi Watson, will see complications because of his desire to adopt a child.

Season 1 started with the Big Three’s 36th birthday. So it makes sense that their 37th birthday will launch the story of season 2. But they are not together for their special day.

Season 2 picks up from Jack and Rebecca’s big fight. Fogelman said, “You’re picking up the storyline the morning after Jack has left the house, and what happens next. It’s intense—and it’s all in the first five minutes of the show.” Yup, we’re stocking up on  tissues!

Could Fogelman be hinting about Jack’s fate? Throughout the first season, we know that Jack dies but the circumstances are unexplained. Given what we do know, he dies when the kids are teenagers. And guess what! The timeline has come to that point.

From fans to late night show hosts, everyone has been wondering if Milo Ventimiglia will be returning to This Is Us. Because the premise of the show jumps between different timelines, no character is truly gone even if they die on the show. But can we solve the mystery of how Jack dies please?!

If only it were that easy. “The first episode of the season holds not all the answers but a huge piece of the puzzle,” teased Fogelman. We’ll find out more about Jack’s death during the course of the season. For now, all we know it’s not goodbye for Milo Ventimiglia’s Jack Pearson.

Season 2 has also recruited That ’70s Show star Debra Jo Rupp for multiple episodes. She will play Linda, a social worker who’s helping in Randall and Beth’s quest to adopt a child, and will have a crucial role in their relationship.

Also joining the season 2 cast are a few surprising cameos. Sylvester Stallone shared Instagram posts while on the set of This Is Us. The action star will be playing himself filming a war movie with Kevin. The movie will be directed by Ron Howard who will play himself, too.