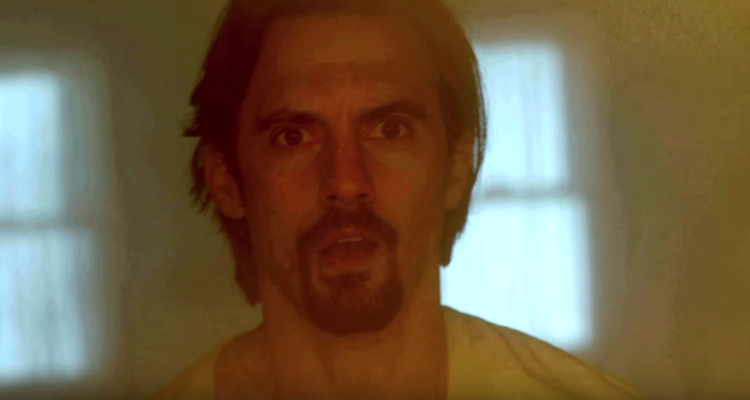 Get ready for some serious This Is Us spoilers! This is the episode many fans have been waiting for, so without further ado, here are the This Is Us season 2 episode 14 spoilers you need to know!

Before getting into spoilers for the next episode of This Is Us, here’s a quick This Is Us recap. Fans saw it go down… it was “The One Where Jack Dies,” except the episode ended just as the house began to burn down. However, the ending suggests it’s too soon to use up all the tissue boxes in the house. There’s still another episode to get through, as the night of January 25, 1998 isn’t over yet. The family still needs to find a way downstairs to get away from the ever-spreading fire. Ready for the spoilers? The episode 14 promo shows us everything we need to see beforehand.

This Is Us Spoilers

The NBC network is keeping things under wraps as best as it can for the upcoming episode, where fans’ questions will finally be answered. Promotional images were only released Tuesday, giving fans a much-awaited sneak peek into what they can expect. Die-hard fans may already know how it might end, yet the search for spoilers continues.

In the trailer, fans get confirmation of the title “Across the Border.” This is the gulf that rests between those who will survive the fire, and Jack from This Is Us, who is trapped in the house. The trailer also notes that the next episode is the “After the Super Bowl” episode, and it works, seeing as this week was dedicated to Jack’s last day, and the fire came after the Super Bowl ended.

Fuel for a lot of social media joking involves the most recent episode of the show. The This Is Us Crock-Pot scene –where Jack turns off the slow-cooker before bed, but it ignites in a fire that inevitably leads to his death–worried the brand about it affecting their business so much, that they released a lengthy statement:

“Crock-Pot understands the concerns brought up by last night’s episode of This Is Us, and we too are heartbroken by the latest development in Jack’s storyline.” It continued, “However, it is important that our consumers understand and have confidence that all Crock-Pot slow cookers exceed all internal testing protocols and all applicable industry safety standards and regulations as verified by independent third-party testing labs.” The brand added that they hope the NBC team will help them spread “factual information” about the safety of their products.

Additionally, the trailer reveals some quick shots of Kate from This is Us, as well as Kevin, and Randall, facing their own mortality in the present time frame of the show. The trailer also flashes by memories of the way things were: Shots of the wedding, the birth of the babies, and memorable scenes from season 1. It may even bring you to tears of nostalgia! Possibly the most notable part of the upcoming episode is that it will be accessible to newcomers and long-time fans of the show. Things dedicated fans have seen for the past 18 months will be shown in order, and will quickly get newcomers up to speed. If you haven’t been watching the show, this is your chance to find out what everyone has been crying about this whole time.

Is this enough to get you excited for episode 14? If so, be sure to tune in on Sunday, February 4 at 10:15 p.m. EST, right after the Super Bowl. You won’t want to miss this episode of This Is Us, whether you’re a long-time fan, or a curious newcomer.