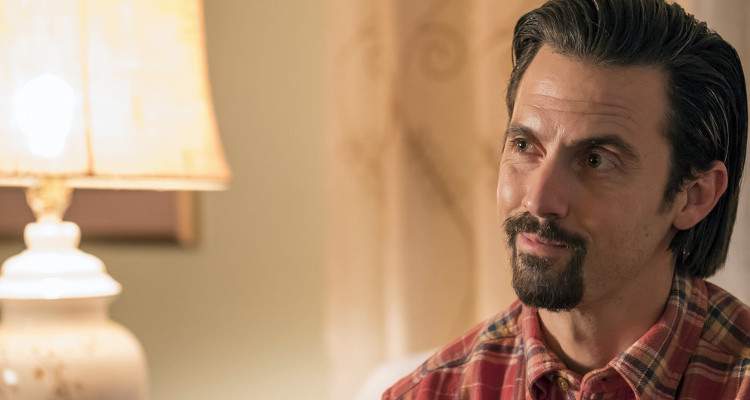 This Is Us season 2, episode 14 finally dealt the devastating blow to our fragile hearts. So, how did Jack die on This Is Us? Take a seat, as we’ve got the spoilers from last night’s (February 4) episode. So, keep reading for our This Is Us recap!

The day has finally come for This is Us fans. We’ve been waiting for this moment but never truly prepared for it.

The biggest tearjerker on television finally ended the suspense on Jack Pearson’s death. We knew this was coming for Milo Ventimiglia’s character, but it doesn’t soften the blow.

If you were too cowardly to watch Jack’s death for yourself, we’ve done the hard part. We’re still reeling from that moment but are giving you our This Is Us season 2, episode 14 recap.

This Is Us’ Super Bowl Catastrophe

This Is Us was announced as NBC’s lead-out program for the Super Bowl LII. The February 4 episode was aptly and symbolically titled “Super Bowl Sunday” considering the day it aired and the Pearsons’ love for football.

Season 2 has been building up to Jack’s death since the premiere. We know that a fire guts down the family home.

Last week, we saw that Jack and Rebecca (Mandy Moore) received a Crock-Pot from their elderly neighbor, but it had a faulty switch. We also know that the house’s smoke detectors didn’t have any batteries in it because they forgot to buy them.

On his last day, Jack and Rebecca watch the Super Bowl game while Kate, Kevin, and Randall are occupied elsewhere. That night, the faulty switch of the Crock-Pot sets off a fire, and the Pearsons are none the wiser until it’s too late.

Me trying to enter This Is Us producers office to find out why they killed Jack pic.twitter.com/sMn1zHLhpo

This Is Us Spoilers from Season 2, Episode 14

The Super Bowl episode opened with Jack waking up in the night and seeing smoke seeping inside from under the bedroom door. He opens the door to find a raging fire has spread in their home and shouts for Rebecca and the kids to wake up. We know that Kevin is not at home that night from earlier episodes.

Kate opens the door, but Jack tells her to get back in until he comes and gets her. He gets Randall to their bedroom with Rebecca and goes for Kate. By then, the fire is significantly worse. With some trouble, Jack and Kate make it to his and Rebecca’s room.

Now that he gathered them together, Jack helps his wife and kids get out of the house from the roof. He lowered Kate and Randall first and Rebecca last.

Once everyone is on the ground, they hear their beloved dog, Louie, barking. Kate screams for Louie, but the dog didn’t come out. Before the kids do anything reckless, Jack declares he’ll save Louie.

Despite Rebecca’s protests, Jack runs back into the blazing house. He successfully saves Louie and some of their prized possessions, which include a family album and Kate’s audition tape for music school. If you recall, Kate was very upset Jack filmed her singing.

So here we have Jack, looking a little worse for wear but alive. He has Louie and their precious items. The kids are a little sad about their house, but Rebecca consoles them.

The paramedics arrive and check Jack. They are impressed by how normal his vitals are considering how long he was in a house filled with smoke. But he has second-degree burns they need to treat at a hospital.

When Jack came out the front door #ThisIsUs pic.twitter.com/b6eQCv8oai

After we see Rebecca and the Big Three’s tradition to get through Super Bowl Sunday since Jack’s death, we go back to that fateful night. The doctors are concerned about the soot in Jack’s airways and calls for some tests. Jack declines pain medications because he doesn’t want to relapse.

While the kids are at Miguel’s, Rebecca and Jack have a moment in the hospital. They accept it was both their faults for not getting the smoke detector batteries. Jack’s humor is intact, but that only makes it worse for us to accept what’s to come.

Rebecca leaves to make hotel reservations and get food from the candy machine. The last time she sees Jack, he quips, “Hey, Beck. You’re in front of the TV.”

Then, Rebecca checks in with Miguel, Kate, and Randall (Kevin’s still missing) and calls a hotel. She gets the only chocolate bar in the vending machine, the one Jack wanted, and heads back.

Expecting to see her husband, the doctor sits Rebecca down for the grim news. Jack died of cardiac arrest because of inhaling the smoke.

Some of the best acting I have ever seen… #ThisIsUs … I can’t even sleep. My heart is in my stomach.. just ugh. pic.twitter.com/X4egVfggZ1

At first, Rebecca doesn’t believe the doctor. She bites into the chocolate and says that they are here only for the burns on Jack’s arm.

Rebecca yells, “Are you out of your mind?” and walks into Jack’s room to confirm it for herself. This is a brief moment where we hope that Jack is pranking Becca and all of us.

We see Jack’s lifeless body on the bed through the reflection of the door’s glass panel. The camera doesn’t move from Rebecca as she breaks down at the door, the stages of grief hitting fast and hard.

Rebecca finally gathers herself enough to take Jack’s personal effects and head to Miguel’s home. She first breaks the news to Miguel, who has a meltdown. She’s having none of it and tells him to take a walk around the block until he calms down.

“I have to talk to my kids and I have to ruin the rest of their life,” says Rebecca. “So I’m going to be strong for them.”

Rebecca isn’t wrong when she said the news of Jack’s death would ruin her kids’ lives. As we later learn, Kate (Chrissy Metz) blames herself for her dad running to the fire and saving things that are most important to her.

Kate “punishes” herself by watching her audition tape every Super Bowl Sunday. And in the present day, her ancient VCR ruins the tape. But Toby (Chris Sullivan) knows a guy who salvages it and even backs it up in the cloud.

In the flashback, we see a montage of Rebecca breaking the news of their father’s death to the kids. Later, she takes a few minutes for herself and drives to their house, or whatever remains of it.

In the car, Rebecca rummages through the things Jack saved and finds the moon necklace. Putting it down, she breaks down once again, and this is the scene we saw in the season premiere.

The rest of the present day scenes show how the remaining Pearsons deal with the anniversary of Jack’s death.

As Randall explains, “Kate wallows, Kevin avoids, but this is my dad’s favorite day, so I celebrate him.”

The Pearsons never move on from the Super Bowl 1998 tragedy. And, perhaps we won’t be able to get over this post-Super Bowl tear-fest either.

One consolation, Milo Ventimiglia promises this isn’t the end for Jack.

Just so everyone knows it….#JackPearson lives in all of our hearts. He’s you. He’s me. He’s Us. Thank you all for supporting our show. We love you all 🙂 And this isn’t the end of Jack. Stay tuned. #ThisIsUs. MV

We’ll have to keep watching This Is Us, Tuesdays at 9:00 p.m. EST on NBC to find out the aftermath of Jack’s death.

We'll find our strength to move forward. Join us Tuesday at 9/8c for another #ThisIsUs. pic.twitter.com/rB7VOLAwQS