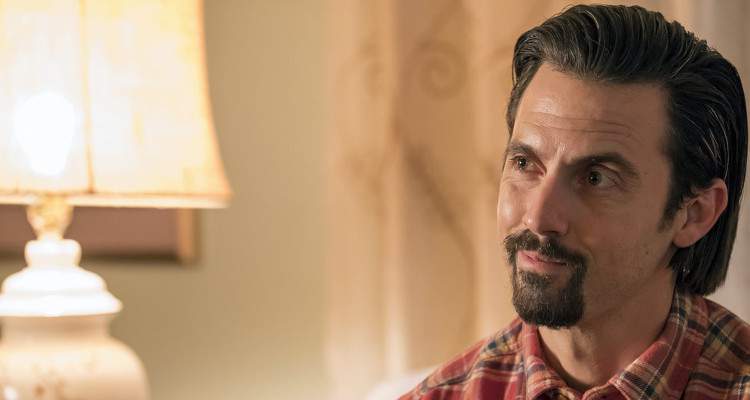 Fans of the hit NBC drama, This Is Us know that the end for one of it’s most beloved characters is near. It’s no surprise that the family patriarch, Jack Pearson, dies in the show, but producers have been teasing fans with when and how. It was revealed that his death seems to have occurred from a fire, but we don’t know the details of exactly how. Season 2, episode 13 revealed to the viewers how the fire started in the Pearson house and fans have been going wild since. It was a rather gloomy episode with the promise of more revelations (and tears) on February 4, 2018, for episode 14. Get your tissues out, we’ve got a recap of last night’s episode right here.

The American television series This Is Us continues to draw viewers who can’t seem to get enough of this emotional drama. The show is about the intertwined lives of Pearson family throughout different timelines growing up. The series focuses on the ways that these people are both similar and different, and draws on the heartstrings of viewers who undoubtedly have all encountered these types of struggles.

This Is Us is currently on its second season, and viewers got to see the season 2, episode 13 on Tuesday night (January 23, 2018). It was during this episode that fans finally got the answer to a question which had been lingering in viewers’ minds for a while now; how does Jack die?

Even though the viewers have known for a while that Jack Pearson dies early (during the triplets’ teenage years), and that it was due to a house fire. However, last night, fans were finally made aware of how the fire actually started. Cue the tears.

People are asking what happened on This Is Us last night so we are bringing you a This Is Us season 2, episode 13 recap. Titled “That’ll Be the Day,” the episode started innocuously enough with the Pearson family making plans to watch the Super Bowl at home on their TV.

Even better, it is a Sunday, so all the Pearson family members have free time on their hands! Randall Pearson (Niles Fitch) has made plans with a girl named Alison home to watch the Super Bowl. At the last moment, however, he decides to take her out to the movies, instead.

Kevin in a Black Mood

Kevin Pearson is in a foul mood, complaining and irritating his mother Rebecca, as he complains about the Super Bowl and college. Jack and Rebecca’s daughter, Kate is working on the final rounds of admission to Berklee and has to record an audition tape of her singing.

Jack wants to film it on camera, but Kate doesn’t want to do that. Kate pleads with Jack to not talk about her being so beautiful all the time, as she doesn’t see herself that way. However, Jack won’t stop, and this is infuriating to his kids.

Kevin is furious at his parents, especially because his girlfriend Sophie (Alexandra Breckenridge) received admission to New York University, whereas he is still not clear about his goals. In a fit of anger, he storms out of the house. Kate also leaves, and Jack and Rebecca are alone in the house. Jack tells her that he wants her to be a partner in the house-flipping business that he intends to start.

Also Read: What Is “This Is Us” About? A Look at the NBC Hit

Oh 2017. You were harrowing and heartening. On a personal note, some of the most indescribably joyful moments took place in the last 12 months (building a home, getting engaged, more challenging and fulfilling work on the greatest job I’ve ever had, etc…). I am humbled and grateful for it all….but they unfolded during a time of tremendous uncertainty, anxiety and dismay about so much. However, I am choosing to side with a glass half full perspective and feel buoyed by an endless arsenal of hope and fortitude about what the new year will bring for all. Only love…. cheers to a Happy and Healthy New Year! Let’s do this 2018. ??? And ps: I recognize that my wine glass in empty in that first pic. No symbolism- I was just waiting for refill on my fav @helenswines sparkling red (right, @streicherhair??)

They get intimate, and later, Kevin calls Rebecca to apologize. However, he tells her that he doesn’t want to talk to Jack or come home that night.

The episode also shows a parallel story of what the adult Randall, Kevin, and Kate are currently doing, but the viewers were riveted by their teenage selves, as they knew that something big was about to happen!

Tension in the Air

It all goes down in the final 10 minutes of the episode. Kate is listening to her Berklee audio tape real loud with headphones on, and Randall is back from his date with Alison. Cut to Jack. Jack does the dishes, puts food away, and leaves a note for Kevin saying that he loves him and that he owes him and Rebecca an apology.

The episode showed an old couple gifting an old crockpot to Jack and Rebecca years ago, when Rebecca was pregnant and the two were just getting on their feet. The elderly couple warned them to be careful while using it as the on/off switch is a little broken.

Fast forward to Jack turning in for the night, and switching off the crockpot before heading to bed. But the faulty crockpot switches on by itself in the middle of the night and causes a terrible fire that spreads through the house engulfing everything in flames!

The fire slowly but steadily starts moving up the stairs, and the episode ends right there! Now, viewers know how the fire that killed Jack started. What exactly happens next will be revealed only in the next episode, which is scheduled to be aired on Sunday, January 4, 2018, after the Super Bowl. Be prepared for a real tear-jerker episode of This Is Us where the details of Jack’s death and its aftermath will be shown.