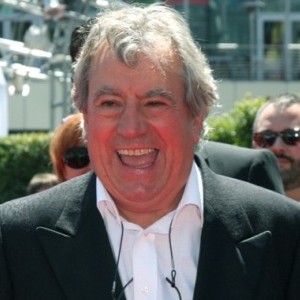 Terry Jones, one of the members of the iconic Monty Python comedy troupe, was happily married to his wife for 42 years. They even reportedly had an open relationship, which worked fine for them, until Jones fell in love with a student, Anna Soderstrom, who was 41 years younger than him.

Jones and Soderstrom met at one of his book signings and the two started an illicit affair. His mistress even joined a belly dancing group in university because her new sugar daddy, a self-professed sex freak, liked games and role playing in the bedroom, and wanted to spice up their sex life. When they first met, he was in his early 60s and she was only 23—he’s more than twice her age.

Jones and Soderstrom’s affair eventually led to the dissolution of his marriage, and Jones recently revealed that after his divorce was finalized last year, he secretly married his much younger mistress. Not even their family or friends were invited to the private ceremony in North London—the only people in attendance were Jones and Soderstrom’s daughter, Siri, and their neighbors, who presumably stood in as witnesses. “We kept it secret. We wanted to keep it quiet from the press,” said Jones.

Jones and Soderstrom aren’t the only ones who were able to overlook their 41-year age difference. Her father, who is 16 years younger than Jones, is totally on board with his daughter’s May-December relationship. “I’ve never been against it in any sort of way. I’m very fond of Terry,” he said, adding, “I have no opinion on the age difference. Relationships are not about that.”

What do you think: Is there such a thing as too big of an age difference when it comes to relationships?