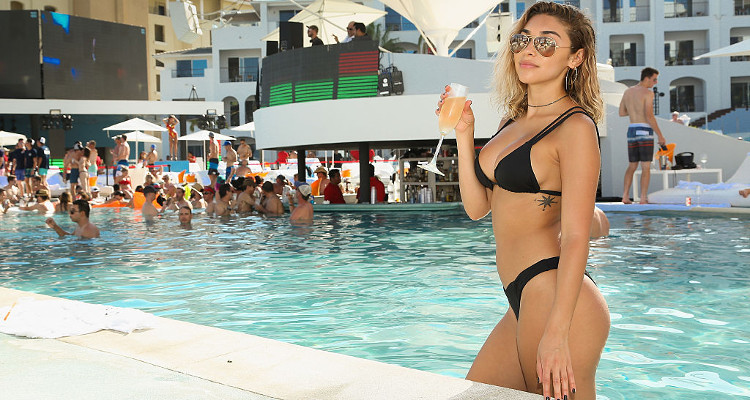 Who is Chantel Jeffries, you may ask? Die-hard Beliebers might remember the stunning 23-year-old as the girl in the front seat, when the “Let Me Love You” singer was pulled over for drag racing in 2014.

Celebrities and sportsmen are frequently linked together, and a string of high-profile relationships simply translates into more fodder for the tabloids, and millions of social media followers. Paul Pogba currently ranks among the top footballers in the world right now. Naturally, the good-looking young player has been paired up with fellow celebrities such as Nigerian/Cameroonian singer, Dencia. But most recently, the French midfielder has been linked to model-turned-DJ, Chantel Jeffries. This isn’t the first time the beautiful blonde has been associated with a famous personality; in the past she has dated Philadelphia Eagles wide receiver DeSean Jackson, P Diddy’s son Justin Combs and Justin Bieber, as well as his close friend, Lil Twist. It looks like Chantel definitely has a taste for power and has set her sights high this time. The social media star isn’t afraid to show off her curves online and has racked up over two million Instagram followers! Not much is known about the beautiful model, but Chantel Jeffries’ hot pics surely send her fans into a frenzy. Check out these five hot pics of Paul Pogba’s rumored girlfriend, Chantel Jeffries right here. 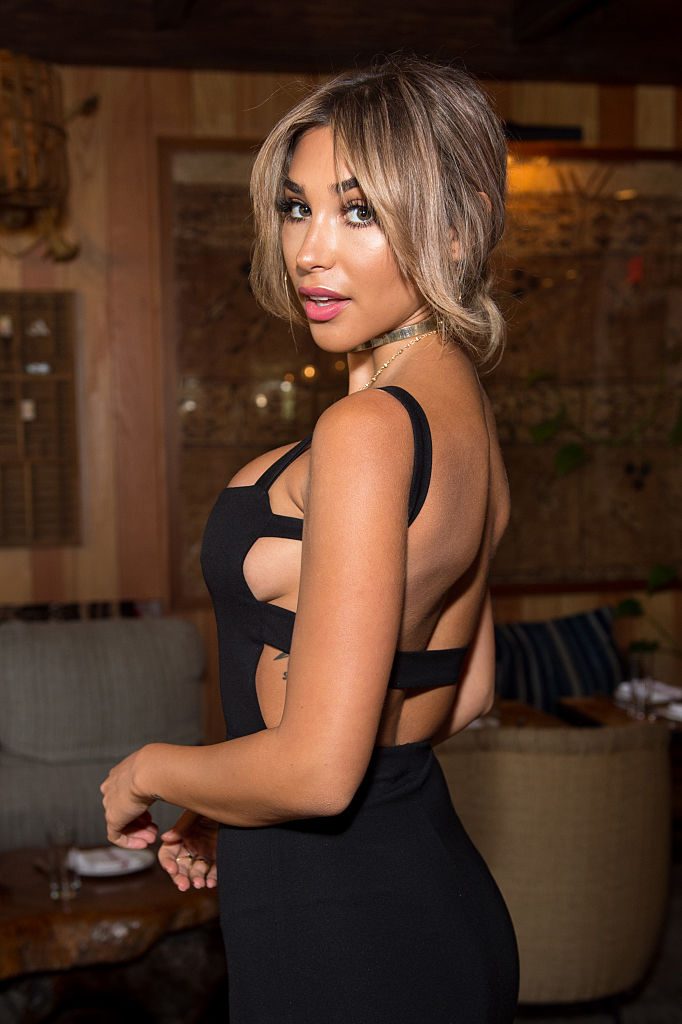 Chantel Jeffries’ Twitter handle states that she is a “student, model, eyebrow connoisseur, animal lover, and deep thinker.” Her drop dead gorgeous looks and hourglass figure have landed Chantel a contract with Wilhelmina Models in Miami. She has featured in ad campaigns for brands like Sephora and Kat Von D. 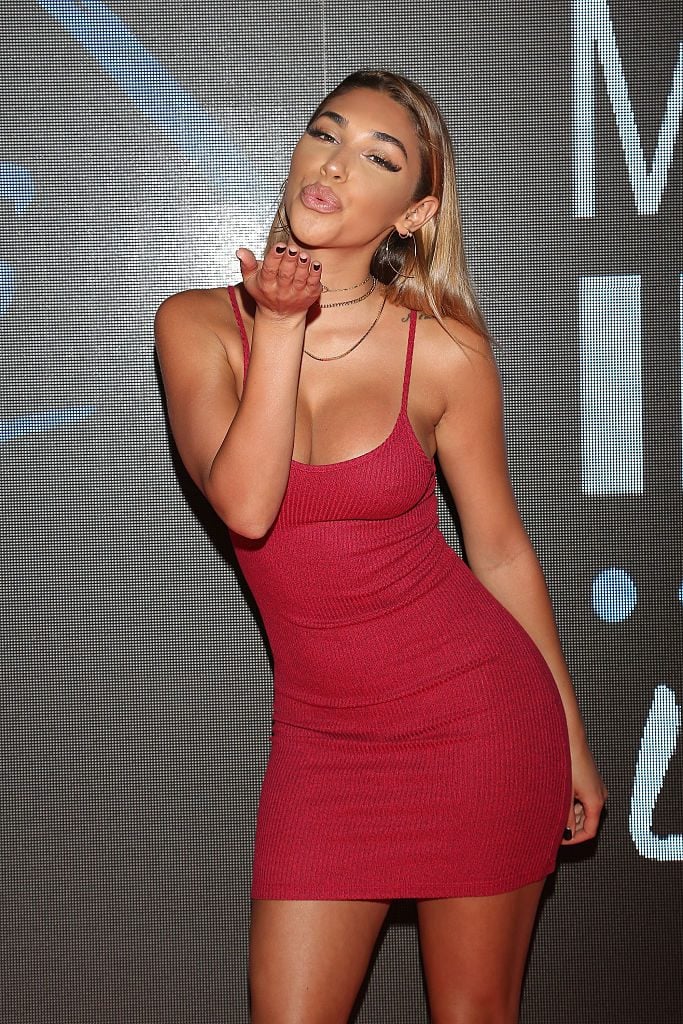 While she vaguely resembles Kim Kardashian, Chantel is best-known for riding shotgun when Justin Bieber was arrested for drag racing and getting a DUI in Miami back in 2014. She may be a familiar face to fashionistas, too, as the glamorous gal has graced the pages of leading magazines like Vogue, Allure, Elle, Harper’s Bazaar and People. 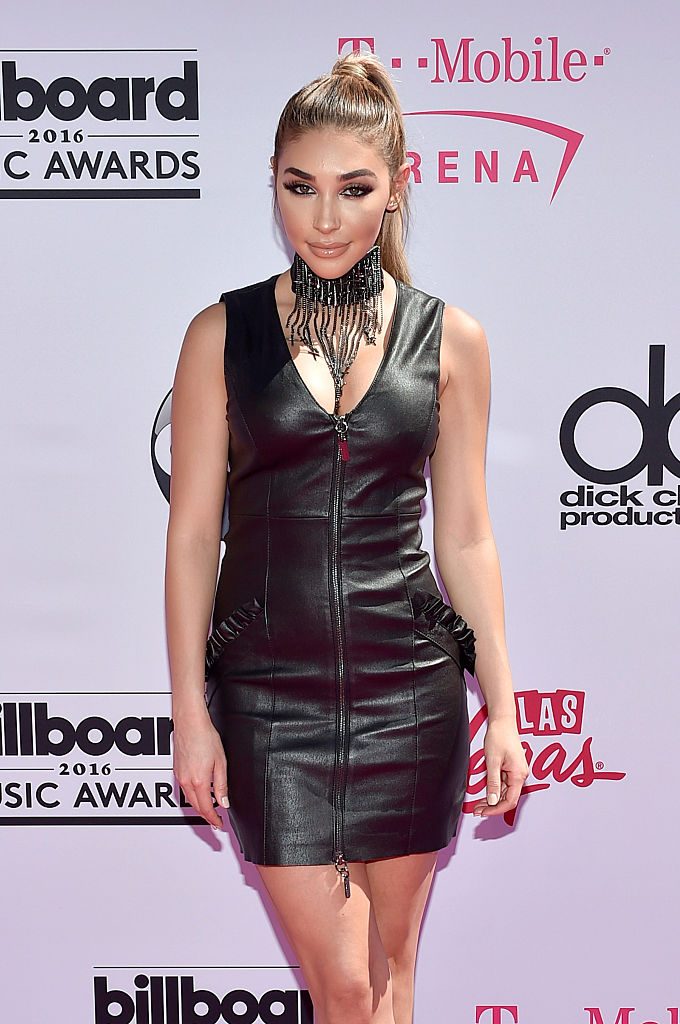 Chantel definitely has a wild side to her playful personality, and the model’s rap sheet boasts not one or two, but five run-ins with the law! Her offenses include a misdemeanor assault with a deadly weapon and a speeding ticket. Talk about a good girl gone bad!

A popular face on Instagram, Chantel has done modeling for retail lines like Mint-Swim and Fine Ass Girls by designer Draya, better-known from VH1’s hit TV show, Basketball Wives. She also has a few films and TV shows to her credit such as The Perfect Match, A Weekend with the Family, The Social Club, and Comedy Central’s, Chamberlain Heights. 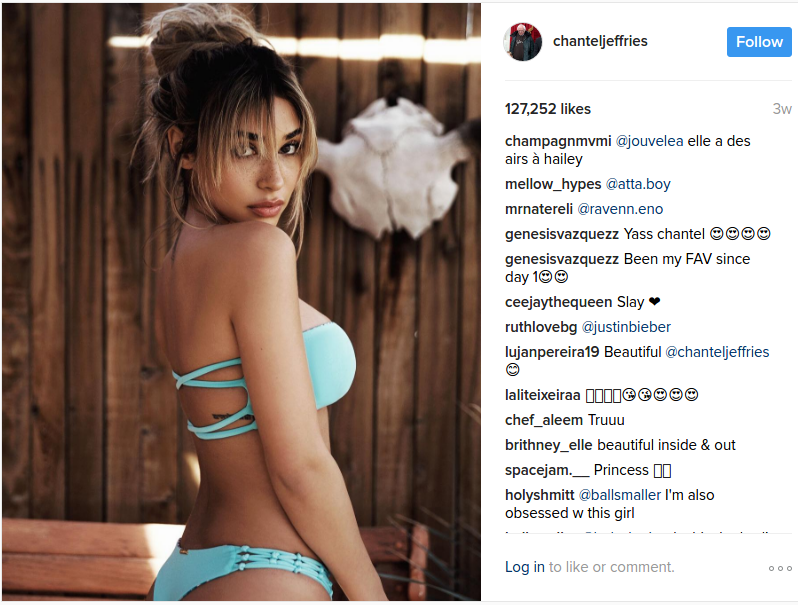 The Jacksonville, South Carolina native is becoming a sought-after social media personality, which comes as no surprise because the leggy blonde is 5’6” tall and just a natural in front of the camera. The rumor mills began churning when Chantel was spotted out and about with the Manchester United footballer Paul Pogba last year, and the loved-up duo seems to be getting pretty serious. Before you start calling Chantel a gold-digger, we’ll have you know that she is a pretty well-known DJ on the music circuit, who goes by the stage name CeeJay The DJ. She tours the world as a host and DJ for many parties, clubs and events.