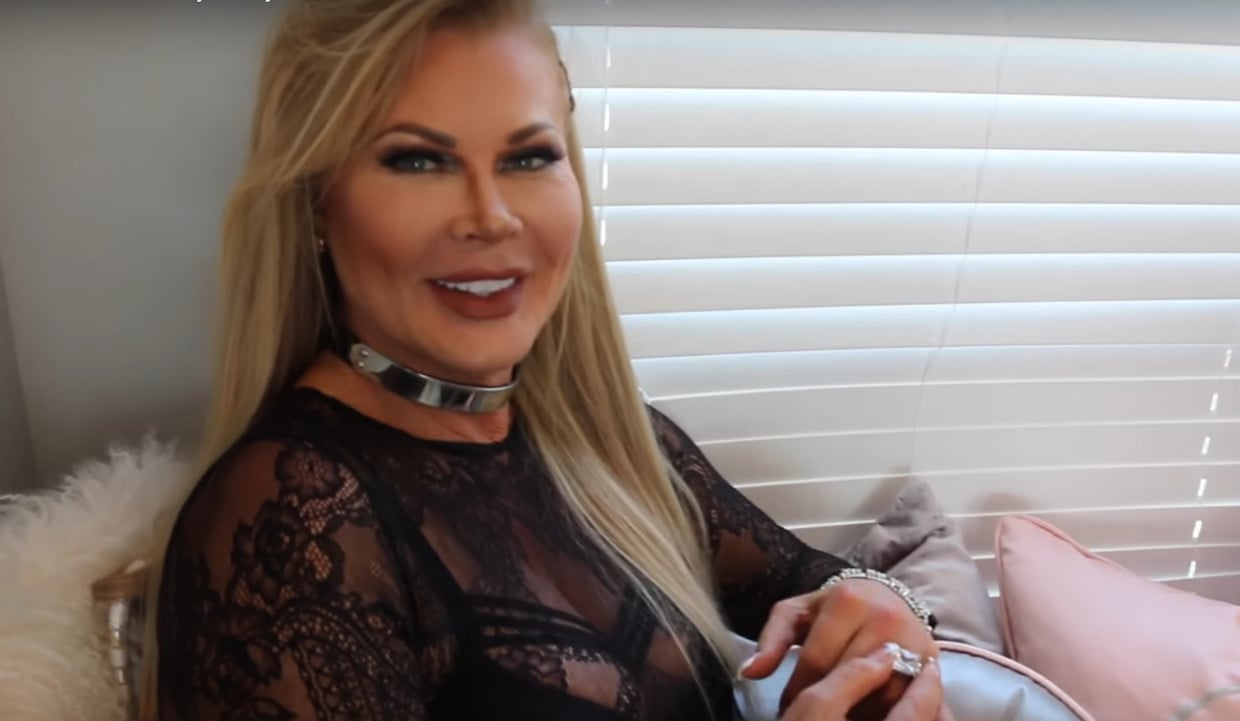 You may not have heard of Theresa Roemer, but you have probably heard of her closet. Roemer’s “she-cave” is dubbed as the world’s largest closet. But there’s more to this millionaire mom than her envy-worthy closet.

Theresa Roemer has never appeared on The Real Housewives franchise, but she’d make the perfect cast addition. She’s a self-made woman with a thriving business who’s also an author, a philanthropist, and the owner of the closet of all our dreams. And now, she’s opening up about the tragedies she overcame.

Read all about this inspiring woman with details from Theresa Roemer’s wiki.

Theresa Roemer Had Rheumatic Fever as a Child

Theresa Roemer was born on September 27, 1961 and is one of three siblings born on a ranch in Nebraska. A six-week premature baby, you could say that she was born a fighter.

In her childhood, Roemer was struck with rheumatic fever four times. The illness resulted in the heart murmur she has today. Doctors believed that her sickly constitution wouldn’t allow her much physical activity.

But Roemer proved them wrong. She spent every waking moment of her childhood outdoors with her brother, who was her best friend.

Roemer Was a Bodybuilder

When she was married the second time around, Roemer taught aerobics. Later, she moved to California where she became a general manager of a health club.

Soon after, she bought her first gym with her savings, and fitness became Roemer’s life.

A former bodybuilder, Theresa Roemer was the U.S. Open title holder for Body Building in 1999. She was also crowned Mrs. Houston and Mrs. Texas in pageants organized by United America.

Roemer’s gym was initially failing. However, she continued to build her fitness business and later expanded to a chain of gyms, which earned her millions.

These days, Theresa Roemer is an active philanthropist, author, and owner of a fitness wear line, NI30D Athletics.

Hmm should I wear this to breakfast.. or save it for dinner…? (Outfit details on my next post) #theresaroemer makeup by @thelavishvanity

She Lost her Brother and Son

Theresa Roemer has overcome many personal tragedies and became stronger as a result.

When she was young, Roemer’s then-boyfriend took priority over other things. She turned down the sports scholarship so that she could remain with him.

Roemer called her first marriage to the oil-well driller “seven years of hell.” After that marriage ended, she dated a friend who was a coal miner. They got married, and she raised their children while balancing her fitness business.

However, Theresa Roemer’s second husband didn’t approve of her outgoing lifestyle. Their crumbling marriage collapsed further when life dealt her a horrific blow.

Roemer’s beloved brother died of a heart attack in his early 20s, and she said, “My marriage fell apart, and I was devastated over my brother’s death.”

After losing her brother and the end of her marriage, Roemer went to California. There, she became a millionaire with her fitness business.

The self-made woman met her current husband, Lamar Roemer, in Texas, and Roemer’s world was apparently perfect again. That is, until she lost her 19-year-old son in a car crash.

A grief-stricken Roemer contemplated suicide at the time and said, “I almost committed suicide, but I said, ‘I can’t have my daughter lose her mother and her brother at once. She kept me alive. And one year later, she got pregnant with twins—those babies gave me hope.”

Theresa and Lamar Roemer tied the knot in 2008. She’s now a mother of six children.

Together with her husband, Theresa Roemer has rebuilt her life after losing two of her most precious people.

Lamar Roemer is an executive in the energy business. The Roemers own four oil and gas companies, as well as several other businesses.

One of the oil tycoons’ companies, Roemer Oil Company, has seven mineral interests spread across three counties in Texas.

In 2012, the couple moved to a 17,000-square-foot mansion in the exclusive Houston neighborhood of The Woodlands. That’s where she built the closet of her dreams. (And ours as well!)

“For me, I think a closet is a direct reflection of a woman, so I have always taken pride in my closets, no matter how big or small,” said Roemer.

The three-story closet spans a whopping 3,000 square feet and cost a staggering $500,000 to construct. It boasts clothes, shoes, jewelry, and bags from every high-end brand. Not to mention a floating staircase!

The closet became more famous when it was featured on Good Morning America. Roemer and her “she-cave” have since appeared on TV and newspapers several times.

But last year, Theresa was ready to pass on the closet to a new owner. In May 2018, Theresa and Lamar listed their mansion, including the closet, for sale. How much would it cost to buy the closet of your dreams plus the house? A small sum of $7.0 million.

The house was originally listed at $12.9 million. But since the oil market took a hit, they reduced the price to $7.0 million.

The couple must have had a change of heart, though, as Theresa recently invited cameras into her storied closet again. In April 2019, Insider got the honor of a personal tour from the socialite.

She Hosts Fundraisers in Her Closet

Roemer’s mind-blowing closet is not to simply store designer duds. Her closet is the best venue for a fundraiser.

“Women will pay a lot of money to hang out in my closet. For $100.00, they can come to my (17,000-square-foot) house, explore the closet, have their picture taken, drink Champagne, and eat hors d’oeuvres in there. It’s kind of like a party,” said Roemer.

The money goes to one of the millionaire’s many charities. Brands and organizations like LVMH also consult Roemer on philanthropic ventures.

Roemer is committed to several charities for which she has gone above and beyond. She even raised $100,000 climbing Mt. Kilimanjaro in memory of her son.

As Theresa Roemer puts it, “A lot of people go into dark places because pain can be terrible—but you only get one shot at this life.”