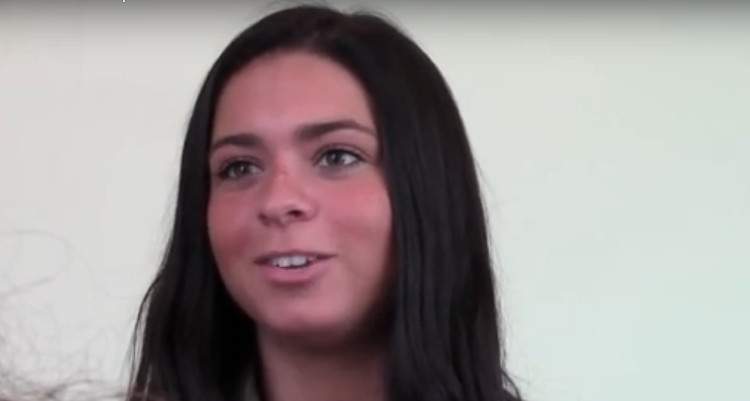 Victoria Caputo is the daughter of Theresa Caputo (better known as The Long Island Medium), who claims to be able to communicate with the dead. Although she had a seemingly unconventional upbringing, Victoria Caputo is an intelligent, warm, and friendly person who has a great love for dogs. She is also an accomplished gymnast. Read all about her here!

It’s tough to grow up in a family where your mother communicates with the dead. In the case of Victoria Caputo (Theresa Caputo’s daughter), she has a great relationship with everyone in her family and those she loves. She has appeared on her mother’s TLC show, Long Island Medium, which has been on the air since 2012. Here are some details from Victoria Caputo’s wiki.

Born on September 27, 1994, in Long Island, New York, to Theresa Brigandi and Larry Caputo, Victoria Caputo’s age is 23. She has a brother, Larry Caputo Jr., who has also appeared on the show.

Victoria Caputo developed a love for gymnastics at a very young age and started taking classes when she was six. She became so good that she has competed for Southern Connecticut State University and won many accolades.

Victoria Caputo is a social media star, as well and regularly communicates with her fans. Currently, she has more than 100,000 Twitter and 160,000 Instagram followers, and the numbers keep growing!

Caputo loves all dogs and even once tweeted, “I think I follow more french bull dogs on Instagram than I do people.”

Just like most girls her age, Caputo loves to go shopping. She also loves being in the spotlight and regularly spends time on the TLC red carpet.

Fun to Be a Girl

Victoria Caputo is a normal girl, even though she is the Long Island Medium’s daughter.

Caputo once tweeted, “All I want is two french braids in my hair and some nice contouring makeup with nice eyeshadow good blush with mascara.”

Although she is in a relationship, there is no news on Victoria Caputo’s wedding or engagement, so it looks like the two are happy where they are. She and Michael Mastrandrea started dating this past summer, and are constantly featured on each other’s Instagram.

A Warm and Friendly Person

Caputo is a very social person who loves hanging out with her friends. That much is obvious from Victoria Caputo’s Instagram account, which is full of pictures of her having fun at the beach, showing off her boxing skills, and spending time with her family, and, of course, her boyfriend.

Victoria Caputo lives life to the fullest and has great relationships with the people in her life.