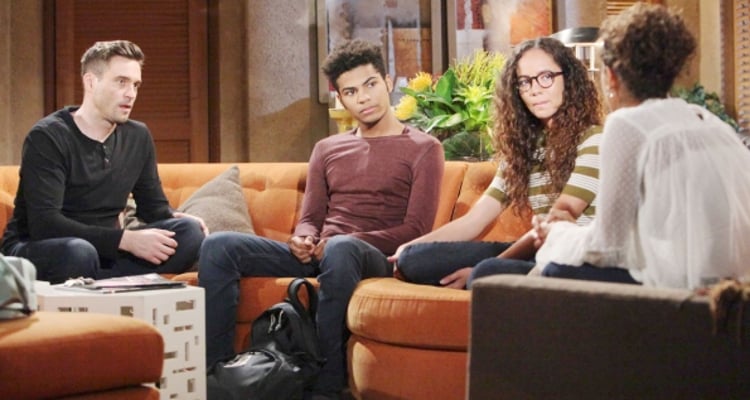 The Young and the Restless still has a loyal fan following, despite the many cast and plot changes over the years. It has kept viewers glued to their TV screens for several decades now, and shows no signs of weakening. Now in its 45th season, the series still packs a punch.

The Young and the Restless is an American television soap opera that is set in a fictional town called Genoa City in Wisconsin and was originally focused on two core families: the wealthy Brooks family and the working class Foster family.

After several recasts and departures in the early 1980s, all the original characters, except Katherine Chancellor and Jill Foster, were written out and replaced with new core families: the Abbotts and the Williamses. Later on, new families like the Newmans, the Winters, and the Baldwin-Fishers were introduced.

One particular feud between Jill Abbott and Katherine Chancellor has continued throughout the series’ long length and is the longest rivalry on any American soap opera.

We will tell you what happens in this episode, so watch out for some The Young and the Restless spoilers.

In this episode, Abby (Melissa Ordway) will question whether Zack (Ryan Ashton) is the right man for her. She will share her concerns with Ashley (Eileen Davidson) before opening up to Devon (Bryton James) and admit to herself that there is a side to Zack that she doesn’t like.

At Crimson Lights, Sharon (Sharon Case) and Scott (Daniel Hall) will get the latest information from Paul (Doug Davidson), including the fact that Alice’s (Tamara Clatterbuck) house was empty and she is in the hospital. As Alice is in critical condition, Sharon and Scott feel like they should go and see her at the hospital, but when they go to her room, they do not find anyone. Without their knowledge, Zack is spying on them, and he is upset that Sharon and Scott are creating trouble.

Meanwhile, at Sharon’s place, Noah (Robert Adamson) will ask why Tessa (Cait Fairbanks) didn’t tell him anything. He is hurt that she did not tell him earlier about Alice’s condition.

Tessa then explains what happened and they make up. But she is shocked when Noah suggests that she should move in with him. Tessa is surprised but agrees to move in.

Mariah (Camryn Grimes) will soon find out and pretend to be very excited. But the truth is she will be very upset with this news.

Meanwhile, Graham (Max Shippee) will realize that Ashley’s father will be very proud of her latest achievements. But Ashley will get angry that Graham thinks he knows anything about John (Jerry Douglas). Graham will try to calm Ashley down, and they will both realize that they are very much alike.

Victoria (Amelia Heinle) angers Phyllis (Gina Tognoni) and offers a hint about the kiss that happened between her and Billy (Jason Thompson) and says that a reunion may happen. Phyllis is frustrated and complains to Jack (Peter Bergman), who decides that this is the right time to tell her about Billy’s betrayal.

Phyllis is shocked when Jack tells her that Billy used Dina’s (Marla Adams) password on her laptop. Jack feels that Phyllis needs to see the real side of Billy and see him for who he really is. Although Phyllis finds it tough to believe Jack initially, she will change her opinion later.

Still Has the Magic

The Young and the Restless has managed to entertain its audiences for many years with its rich tapestry of characters and intriguing plots. Since it’s debut, the series has won nine Daytime Emmy Awards for Outstanding Drama Series.

The intensity and surprise element of the series have managed to attract viewers over the years and turn them into hardcore fans. And, you should watch it, too.