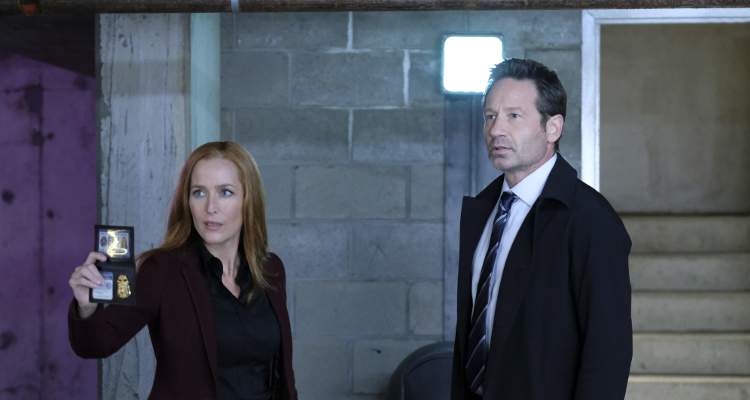 People who believe the truth is out there are very happy that their favorite TV series, The X-Files, is back for its eleventh season. The series originally aired in 1993 and had become a phenomenon with lead actors David Duchovny and Gillian Anderson being recognized wherever they went. They are back along with some familiar and new faces to make sense of things that cannot be explained easily. So, keep reading to know more about The X-Files season 11 cast, right here!

Fans of The X-Files are happy that their favorite TV series is back. And, the best part is that their favorite FBI agents, Fox Mulder (David Duchovny) and Dana Scully (Gillian Anderson), are also back as the brave and even reckless agents who will leave no stone unturned to get to the truth.

The X-Files season 11 premiered on Wednesday, January 3, 2018, and the storyline picked up directly from last season’s finale. The makers of the show have said that the search for Mulder and Scully’s son, William, will be a major part of this season’s episodes.

And for those of you who want to know about  The X-Files 2018 cast, we have all the details below.

Stepping into the Dark Unknown

The X-Files is an American science fiction drama series that originally aired from September 10, 1993 until May 19, 2002, and became a pop culture phenomenon. Thanks to its enduring popularity, two feature films were released called The X-Files and The X-Files: I Want to Believe. And now, the TV show has made a comeback on the small screen.

The series revolves around FBI special agents Mulder and Scully, who investigate the X-Files. These are marginalized, unsolved cases involving paranormal phenomena.

Scully: This is dangerous. Mulder: When has that ever stopped us before? #TheXFiles

Mulder believes in the existence of aliens and the paranormal while his partner, Scully, who is a medical doctor, is a skeptic. And while investigating these bizarre cases, the duo discovers the government’s agenda to keep the existence of extraterrestrials a secret.

Both the agents have a platonic friendship at the beginning of the series. But towards the end of its first run, they are involved romantically as well.

Return of the Old Guard

The X-Files season 11 cast is made up of established, familiar faces as well as newcomers, which makes for an exciting mix.

David Duchovny and Gillian Anderson are the big names here, reprising their famous roles of Fox Mulder and Dana Scully, respectively. There is a change in their outlook towards their work in the new season.

Mulder, who was originally a believer, is now questioning his faith while Scully is keeping an open mind about the existence of extraterrestrials and the paranormal.

Mitch Pileggi returns in his role as Walter Skinner, an assistant director at the FBI and a supportive friend of Mulder and Scully’s.

A Varied and Talented Cast

There's no conspiracy. You can watch #TheXFiles online anytime by clicking the link in our bio.

Hershey is an award-winning actress who has appeared in highly acclaimed films like A Killing in a Small Town, The Last Temptation of Christ, Portrait of a Lady, Shy People, A World Apart, and Black Swan.

Osment captured everybody’s heart as a child actor in films such as Forrest Gump, The Sixth Sense, A.I. Artificial Intelligence, and Pay It Forward.

This was my favourite role I've ever done playing David. So shout out to @georgiasimmonds please and @angiephantom

Thanks to such a varied and talented cast, The X-Files season 11 promises to be a thrilling, dangerous, and unpredictable ride into the vast unknown. Remember, you have been warned!