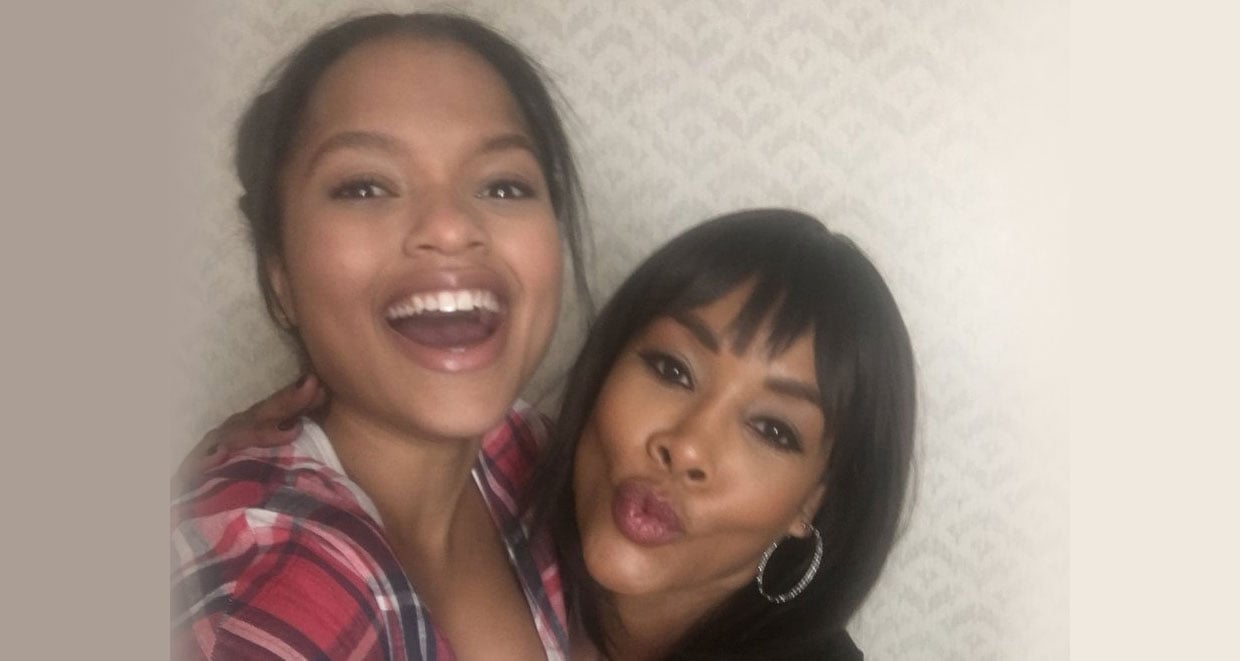 The Wrong Cruise is a tense thriller about a mother-daughter pair who find themselves stuck in a foreign country in the hot pursuit of two dangerous men. The movie will premiere on Saturday, July 28, 2018, on Lifetime at 8:00 p.m., so make sure you don’t miss it! It’s going to be one hell of a thrill ride and we’ve got all the details!

The Lifetime channel has developed quite a reputation as a place for people to watch tense, suspenseful, and exciting made-for-TV thrillers. Now, they have one more ace in their hands in the form of a new movie called The Wrong Cruise, which will premiere at 8:00 p.m. on Saturday, July 28, 2018. This time, we get to see the famous Vivica A. Fox tackle the exciting lead role!

Claire Tanner (Vivica A. Fox) takes her teenage daughter, Sky Tanner (Sidney Nicole Rogers), on a cruise so that the two of them can spend some quality time together. Claire’s main intention is to take this opportunity to bond with her daughter, who is going through typical teenage anxieties.

While on their cruise, the two begin falling for a couple of very handsome passengers. But they find themselves in a sea of trouble when they later leave the ship for a port excursion.

The two passengers are not what they seem to be. And Claire and Sky realize that they have been drawn into an intricate web of deceit.

Mother and daughter manage to escape but now find themselves stranded in a foreign country with very few resources. To add to their woes, the two dangerous men they met on the ship are hot on their trail and determined to get them.

All the mother and daughter have is a will to survive and their wits, but will they make it out alive?

The film stars several well-known actors like Vivica A.Fox, who has acted in films like Independence Day, Set It Off, Soul Food, City of Angels, Teaching Mrs. Tingle, and Kill Bill: Vol 1.

Fox started her acting career by appearing in TV series like Generations, Days of Our Lives, and The Young and the Restless.

Sidney Nicole Rogers, who plays the teenage daughter in The Wrong Cruise, has been acting since the age of four. She has appeared in many stage plays, films, and commercials. She also spends her time acting, writing, and producing original content.

The two men who fill the movie with menace and danger are actors Andres Londono and William McNamara, who play the roles of Dante and Pat respectively.

Londono is an actor and director who is best known for his 2015 appearance in the TV series, Fear the Walking Dead.

McNamara has been acting for a long time and started his career by appearing in teen movies like Dream a Little Dream and Stella. He also acted in the little-known but touching coming-of-age drama, Stealing Home.

He is best known for his roles in movies like the manhunt thriller, Surviving the Game; the comedy films, Chasers and Stag; the psychological thriller, Copycat; and the World War II drama, The Brylcreem Boys.

Other actors who appear in The Wrong Cruise are Adrian Quinta, Alberto Manquero, Helene Udy, Reatha Grey, Sara Nunez, Joaquin Huizar, and Alex Anthony Correa. These cast members are not very well known, but they are good actors who add bite and tension to the movie.

The Wrong Cruise Is Worth Watching

Don’t forget to watch the Lifetime Movies’ The Wrong Cruise when it premieres at 8:00 p.m. on Saturday, July 28, 2018. It’s going to be one heck of a thrill ride—so be ready