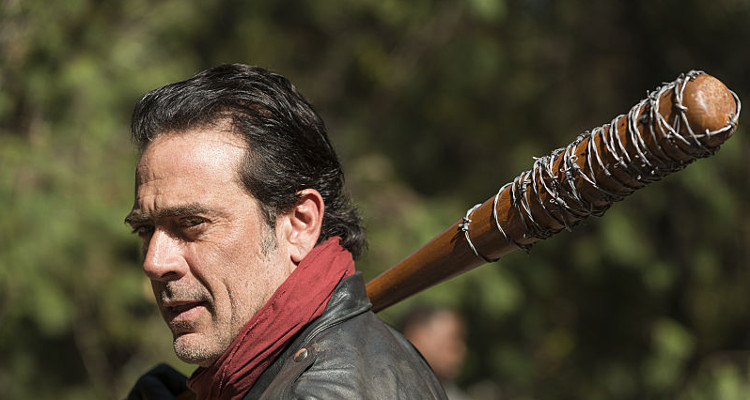 Some good news for The Walking Dead fans; the new season premiers Sunday, October 22, 2017, on AMC! Season 8 will feature the usual zombie gore, but now that Rick has rallied his troops and is waging war, there’s a chance that Negan and the Saviors will get a taste of their own medicine!

Ever since The Walking Dead first aired, it picked up more and more fans along the way. Now, it has become one of the most anticipated shows around! Rick Grimes and his companions’ struggles against both the living and the undead in a post-apocalyptic world captivated audiences everywhere. Now, people want to know when The Walking Dead season 8 premiere will go down and how they can catch it. We have all the details you need and The Walking Dead season 8 sneak peek, right here!

The eighth season of The Walking Dead will premiere on Sunday, October 22, 2017, on AMC. Fans of the comics will be happy to know that it follows the All Out War story arc, with the surviving members of Alexandria, the Hilltop, and the Kingdom taking on Negan and the Saviors.

Dealing with the walkers and Saviors does not leave much time for romance in The Walking Dead, but Daryl (Norman Reedus) and Carol (Melissa McBride) seem to be getting closer. There were hints that the two might get together, and it looks like fans might finally see it happen this season! The factions will get together, and there will likely be an all out war between them and Negan and his forces. With both Negan and Lucille back this season, there is bound to be some gruesome deaths ahead!

Chandler Riggs, who plays Carl Grimes, said that “Season seven was all about building up and getting everybody ready to fight against Negan. And this season, there’s going to be lots of explosions, lots of killing, a lot more Negan.” There is also a strong possibility that Negan will finally get what he deserves. Though fans love to hate the baseball wielding villain and his evil cohorts, his death will be welcome. The official synopsis says that with everyone coming together to fight Negan, his and the Saviors’ grip might not be as tight as they think.

All the living regulars will be in season 8, but new names have not yet been announced. We will still see Andrew Lincoln as Rick Grimes and Jeffrey Dean Morgan as Negan, along with the same faces from the Alexandria Safe-Zone, Hilltop Colony, Saviors, Kingdom, Oceanside, and Scavengers.

A Bit of a Wait

Fans still have to wait a little while before The Walking Dead season 8 returns to AMC on Sunday, October 22, 2017. It will be a scary but thrilling ride for viewers as there is a possibility that Negan and the Saviors finally meet their end. So, make sure you watch the season 8 premiere of The Walking Dead! Check out the exciting preview below!