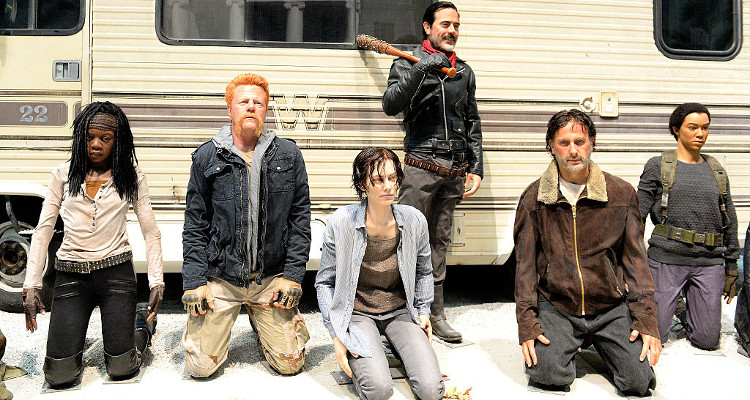 Here is everything you need to know about The Walking Dead season 7, episode 4 spoilers, including who will die next. Will it be Negan?

The Walking Dead season 7 premiere began with a shock for fans, as their favorite characters Glenn (Steven Yeon) and Abraham (Michael Cudlitz) met their fate at the hand of Lucille, Negan’s (Jefferey Dean Morgan) barbed wire-wrapped baseball bat. However, season 7 of the zombie drama is far from over, as one more main character’s life is being threatened. Naturally, curious fans are scouring the Internet for more information on who will die next on The Walking Dead, as well as The Walking Dead season 7, episode 4 spoilers. Keep reading, because we’ll give you all the updates you’re dying to know about The Walking Dead s07e04, including juicy spoilers!

The Walking Dead season 7, episode 4 airs on Sunday, November 13 at 9:00 p.m. EST on AMC. The exciting new episode titled “Service,” takes viewers back to Alexandria, where the group is being forced to participate in Negan’s deadly game of death. Make sure you end your weekend on a high note by catching all the action and adventure of The Walking Dead season 7, episode 4, that promises to keep viewers on the edge of their seats! 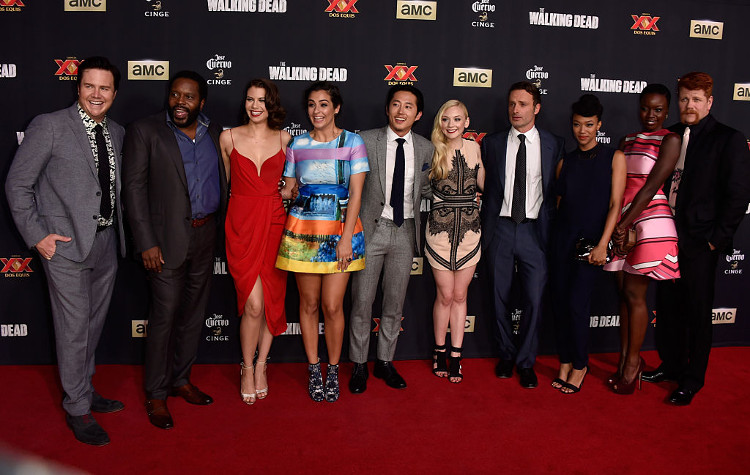 The trailer of this week’s episode of The Walking Dead s07e04 gives away a lot more than usual. Viewers will witness the plight of Darryl (Norman Reedus), who is held captive by Negan. The evil antagonist and his trusty bat pay a visit to Alexandria to confiscate the group’s dwindling supplies. A humiliated and broken Darryl accompanies him, after being beaten within an inch of his life and surviving on dog food, all the while struggling with the guilt of Glenn’s (Steven Yeun) death. Rick (Andrew Lincoln) will get a reality check about why he has to be loyal to Negan. Is Darryl the next one to die on The Walking Dead?

The “Service,” teaser reveals that things may take a turn for the worst during Negan’s surprise visit to Alexandria. Fans will see Michonne (Danai Gurira) looking livid and prepared to shoot off someone’s head, while a frightened Rick stares at the ground. Meanwhile, Rosita (Christian Serratos) and Spencer (Austin Nichols) are ready to go on a scavenging trip, as Eugene (Josh McDermitt) cannot hear them while he attempts to repair the broken radio. That’s all the spoilers we have for you for now folks; you’ll have to watch the episode to find out the rest!