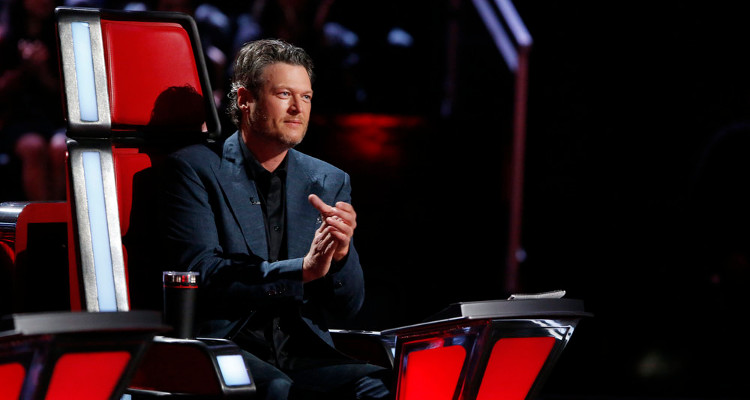 The Voice season 12 kicked off the Live Playoffs last night, which means that viewers finally get to weigh in by voting for their favorite artists! The details for voting on The Voice can be confusing if you haven’t done it before. Here’s how it works.

It’s always exciting when The Voice starts the Live Playoffs because, from this point on, viewers get to have their say. The votes will decide which artists remains in the competition and which ones go home. There are multiple ways to vote on The Voice, which can leave new fans pretty confused. So, we’re going to tell you how to vote on The Voice tonight, so you can help save your favorite artists in the Live Playoffs!

How to Vote on The Voice

There are multiple ways to vote for artists on The Voice and certain details to remember when voting. If you’re trying to vote for the Team Blake and Team Alicia artists that performed in the first Live Playoffs of 2017, you must be wondering why voting is closed on The Voice tonight. That’s because the Live Playoffs work with real-time voting!

According to NBC regarding the voting format, “Through innovative real-time voting on The Voice Official App and Twitter, fans will be able to advance two artists per team into the Top 12, and results will be revealed on the same night. During this exciting and music-filled night, two coaches will then immediately choose the final artist from their teams to save, sending the other artists home.”

To learn about the official voting rules, click here. You can vote online through Twitter or the official The Voice app. You can also vote through the NBC web site, iTunes or Apple Music. Since it’s in real-time, the voting window is open when the show airs in the East Coast. So, just remember, West Coast and other regions will have to vote according to East Coast Time! Here are the different ways of voting on The Voice.

If you follow the official The Voice Twitter handle, @NBCTheVoice, you can find out which two artists are eligible for voting. The artists will perform a duet to appeal for votes. Your Twitter profile should be set to public, so your vote is counted for the Live Twitter Save. Tweet a message with the appropriate contestant’s hashtag within the short voting window. One vote per Twitter username is allowed.

The voting window is in real-time, the opening and closing of which will be announced during the show. The Twitter vote applies to all regions of the U.S. Since it’s Twitter, mistakes and misspellings are counted!

If you haven’t downloaded the official The Voice app, click here to do so. The application is available on Google Play and the Apple Store. It also has some entertaining features allowing you to sit in the judges’ chairs and build your fantasy team!

You can save your favorite artist through the app, which is available in all regions of the U.S. The limit is 10 votes per person and per email address. The voting window applies here, too.

For the Live Playoffs, voting applies to the duets. The real-time votes are counted through Twitter and the official The Voice app.

Those with a valid email address or a Facebook account can vote for their favorite artists on The Voice season 12. You can vote through NBC.com or directly through Facebook. To vote online, select the artist you want to save and assign the number of votes you wish to give the artist. There are a maximum of 10 votes per user and per artist in each overnight voting window.

Be sure to go through the instructions first! Simply assigning votes to the artists don’t count. You can also distribute your 10 votes to more than one artist. To submit your votes, click on “Cast All Votes.” Votes outside of the overnight window will not be counted. This voting applies for the Live Performances.

iTunes users can vote by purchasing and downloading the songs performed by each artist during the show. There is criteria for which songs are eligible for voting during each overnight window. The songs have to be purchased during the overnight voting window and should have been performed in the most recent episode. Purchasing songs performed by the artists in previous episodes don’t count as votes. This voting is counted in the Live Performances.

Those with an Apple Music subscription can stream the eligible songs on Apple Music during the cumulative voting window. The Cumulative Vote Total is counted in the finale.

The Voice airs Mondays and Tuesdays at 8:00 p.m. EST on NBC.