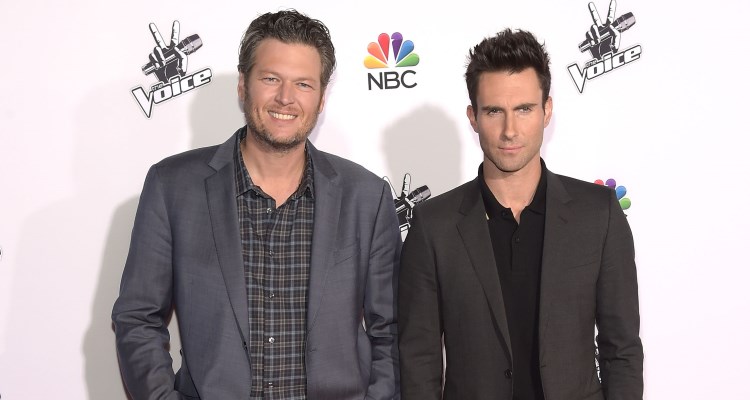 The Voice season 11 contestants are all teamed up and ready to improve their skills! The show is bound to get even more exciting as the blind audition segment ends and contestants move on to perfecting their talent, as they battle it out against one another.

Here are the team lists for each of this season’s coaches:

Natasha Bure: Her mother is the star of The View and Fuller House, Candace Cameron-Bure, and her father is a retired NFL player, so it looks like talent runs in the family! This singer has the best of both worlds with performing talent like her mother and athleticism (tennis) like her father.

Riley Elmore: The much-loved 16-year-old from West Dundee, Illinois captured hearts across America with his old style of singing. He sang the classic, “The Way You Look Tonight” by Frank Sinatra for his live audition and during that show, Levine went on stage and sang a duet with him!

Ali Caldwell: She sang Ariana Grande’s “Dangerous Woman” for her blind audition, and the 28-year-old show’s no sign of backing down! She’s certainly got some vocal chops that will make her competition a little nervous!

Sophia Urista: This 31-year-old New Yorker sang “Come Together” by The Beatles for her blind audition. Miley loved her so much that she put her godmother, Dolly Parton on the big screen on stage with a video message to persuade Urista to join her team!

Wé McDonald: Despite her young age, McDonald is already a fan-favourite with her huge, powerful voice. She’s already blown her Coach Keys away with her incredible vocal ability, and she may keep winning audiences in the weeks ahead!

Christian Cuevas: It took one note for Blake and Adam to turn their chairs when Cuevas began to sing. Alicia may have taken a bit longer to turn, but the matchup should be just what Cuevas needs to keep him on the path of huge, emotional songs.

Dan Shafer: The oldest of the bunch, Shafer is 56 and sings cover songs in and around Tennessee and Nashville with his band, Classic Rock All Stars. With seasoned talent such a his, there’s no telling how far he will go!

Gabe Broussard: The youngest of the group, Broussard is 16 years old and has a rare eye condition, which could mean he will be blind before his 40th birthday. He’s chosen to make the most of his sight while he can and his voice captured Blake’s heart.

Don’t miss The Voice every Monday and Tuesday at 8:00 p.m. EST on NBC!