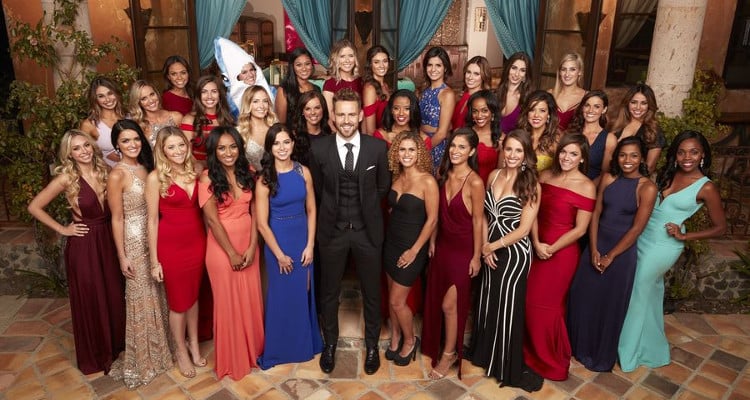 Reality TV does not always mean that everything you see is true. Most elements in a reality TV show are staged to increase the show’s ratings. The same goes for The Bachelor. We have seven of The Bachelor secrets that ABC doesn’t want you to know.

Reality shows have a way of charming people and keeping them hooked to see what happens next. Whatever you see is not always true. Nowadays, most reality TV shows are staged and scripted. This is because producers and networks want more viewers and higher ratings. The Bachelor is no exception to this rule. Many former contestants have revealed several behind the scenes secrets of The Bachelor.

Behind the exotic locations, steamy shirtless scenes, and gorgeous men and women is a small army of directors, producers, make-up artists and more, who plan and plot each and every move of the show’s contestants. The Bachelor is actually a scripted quest for love, where not all the shots are called by our bachelor.

When you think about The Bachelor contestants, the first thing that pops up in your mind is a line up of gorgeous women looking to find the love of their life. However, the dates we see on The Bachelor are not as natural as they might appear. Even “girl-talk” and the position in which each person stands is scripted.

So, if you thought your favorite dating reality show was all about spontaneity and expressions of love, then you might be mistaken. We will tell you what really happens with some secrets from The Bachelor set.

Contestants Have to go Through Medical Tests

Did you think that The Bachelor was all about looking pretty and falling in love? Well, it is not that simple. Before the contestants are short-listed, they all have to go through an array of medical tests. Each of the 50 finalists need to complete an extensive psychological evaluation and an STD test. The show-runners want to be sure that the contestants are mentally healthy and will be able to cope with the stress and pressure of the show.

Courtney Robertson, the winner of season 16, even revealed that she was “asked point-blank” if she was taking birth-control pills! After the tests are done, the girls are taken for camera tests to determine how photogenic they are.

The Girls Have to Buy Their Own Clothes

The contestants on The Bachelor do not have those fancy dresses and conveniently packed winter wear provided to them by ABC. The network only provides dresses for the two finalists to be worn during the last episode. However, once you enter the house, contestants get a goodie bag of things that the producers want them to wear. But according to former Bachelor contestant, Jillian Harris, “half of it didn’t even fit.” Additionally, the ladies get professional stylists working on their hair and makeup for the first and finale nights only.

Contestants are Given a Lot of Alcohol

We know that having a bit to drink helps us break out of our shell. That’s why the producers of The Bachelor ensure that the girls have plenty to drink. The contestants do not really eat during their one-on-one dates, because the mic picks up the sound of their chewing. So, before each date, both our bachelor and his date have dinner sent up to their respective hotel rooms so they can eat ahead of time. Contestants have to do their own cooking and laundry while on the show. We guess life on The Bachelor is not as glamorous as they make it look!

Although rose ceremonies seem to be quick on the show, in reality, it takes a lot of time. Sometimes, filming can go on until six or seven in the morning. No wonder ladies end up so emotional! We might be too, if we ended up getting sent home after a long day of shooting! Especially during the first few eliminations, many producers hold the placards with the names of contestants, so that the bachelor (or bachelorette) says the right name.

Even the Tears are Staged

More tears means more drama, and drama is means better ratings and increased viewers. Sarah Shapiro, a former The Bachelor producer revealed that she would make contestants emotional by giving them terrible advice, and misleading them in order to elicit tears. She further revealed that in order to get a shot of the woman crying after elimination, she would ask the limo driver to play a song that is sentimental to the contestant, and drive up and down the highway until tears came, so she could start her interview. According to Shapiro, she would be told “not to come home if we didn’t get tears” or else she’d be fired.

There is No Gym or Work Out Equipment in the House

It is not easy to maintain a good figure. Especially when you have cameras following your every move! But the contestants on The Bachelor do not have a way to get their workout routine done on the show. Most stay fit by running around the backyard or using random objects in the house as free weights.

That Bling is Pretty Expensive

The rings given to the ladies are very pricey. When Jef Holm proposed to Emily Maynard, he did it with a $68k ring! His was not the only expensive Bachelor proposal. However, once a couple gets engaged on the show, they have to be together for two years to keep the Neil Lane diamond ring! If the couple wants to sell the ring after that time, they have to provide ABC with a written notice.