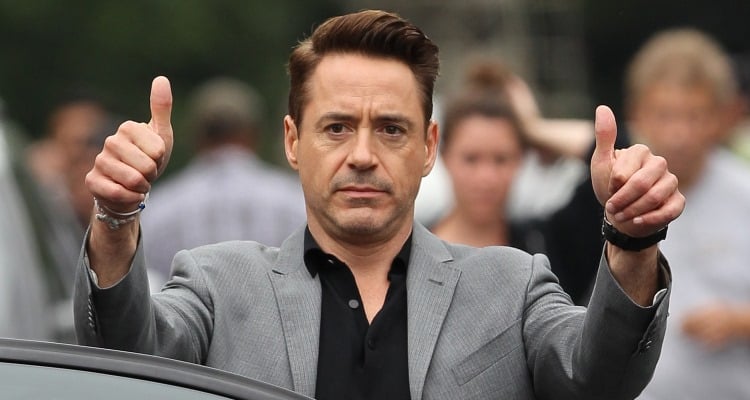 Some of the rankings on the list may surprise you, while others may not. Fans always wonder how some of the worst movies can make the most money, while others are shocked that the most famous of celebrities make the equivalent of a modest Hollywood living. It really boils down to the star power, fan following, and of course, the top secret back-end deals.

We’re not surprised that Downey topped the list as the highest paid actor, since the Iron Man star is the highest paid Avenger in any and all of the Marvel movies. Downey makes the most money in Marvel movies that aren’t even his! How is that possible, you ask? It’s all about the back-end deals that are made behind closed doors. Downey doesn’t just get his salary (insert unthinkable millions) but he also negotiates getting a certain percentage of the films gross income. This kind of financial savvy is what allowed the once unemployable star to make $80.0 million this year.

Known for his fast hands in the Rush Hour franchise, Hollywood martial artist Jackie Chan is kicking ass and taking names at number two, earning $50.0 million this year! You’re probably wondering how this is possible, since he hasn’t been on the big screen since Kung Fu Panda 3, but he’s actually been keeping busy by making films in China.

Diesel has come a long way since his early days and though people may have forgotten his role in Boiler Room, they can’t forget his role as ex-con and hulked-out mechanic, Dominic Toretto. The Fast and Furious franchise has been around for over a decade and Diesel seems to be racing to the bank with a full tank. Having just wrapped filming for Fast 8, Diesel is looking to increase his earnings, adding to the $47.0 million that put him at number three on the list this year.

Coming in at number four is Bradley Cooper, who made $41.5 million this year. His recent credits include Joy and the upcoming comedy, War Dogs. He’s made quite the name for himself in Hollywood and won’t be looking for a hand out anytime soon.

Sandler has been keeping busy the last few years and doesn’t seem to be slowing down. Audiences remember him in productions like Pixels and Netflix’s The Do-Over. Sandler just beat out Tom Cruise, with $41.0 million.

The odds seem to be ever in Jennifer Lawrence’s favor, because she is this year’s highest paid actress for a second year in a row! She’s a pro at making the big bucks, despite the gender-influenced pay gap (which she still fights against) and would probably give Downey a run for his money if she were a man. The X-Men actress made $46.0 million this year as opposed to the $52.0 million she made last year!

She may not be a size two but she is number two on the list of highest paid actresses, having made $33.0 million this year. The Boss actress is comedy gold and is laughing all the way to the bank. She’s known for her raunchy and cut-throat humor in all her roles and for that, we love her. We can’t wait to see her reprise her role as Sookie St. James in Netflix’s Gilmore Girls: A Year in the Life.

Our favorite Avenger made a killing at the box office with her role as Black Widow in the Avengers franchise, making $25.0 million this year. Johansson is also known to negotiate her worth and has easily made more than her male counterparts, like Chris Evans and Chris Hemsworth.

Coming at number four is Friends alum, Jennifer Aniston, who made $21.0 million this year. The Mother’s Day actress is known for her personal life and comedic roles, while endorsing brands like Aveeno. Maybe it’s the Aveeno creams, but it seems this woman doesn’t age!

You may not know the name Fan Bingbing but you’ll probably recognize her as the mutant teleporter, Blink, in X-Men: Days of Future Past. She is a huge success in China and also worked with Jackie Chan in the 2016 Chinese film, Skiptrace. She earned $17.0 million this year, placing her at number five on the list.