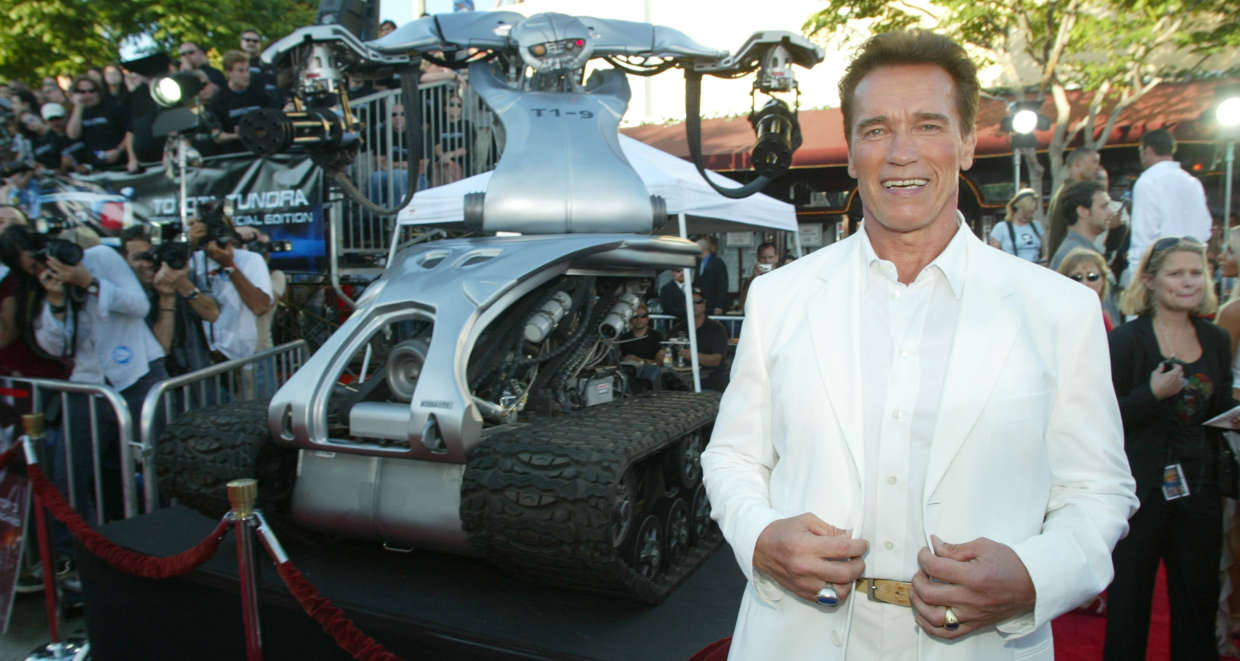 Over the last century, James Cameron made Hollywood history with the release of his film, The Terminator. Despite attempts to carry the franchise forward, people have gotten a bit cold towards The Terminator films as the last attempts at reviving the franchise have flopped. Now, Cameron wants to take the story of man versus machines into the 21st century with a new trilogy, in which he will be fully involved. Can he and the aging stars of the films capture the old magic?

It’s every Terminator fan’s dream come true and it’s now official; the man who brought in one of the most successful sci-fi franchises in Hollywood is coming back with a new set of Terminator films. That’s right!

James Cameron, the genius behind films like Titanic and Avatar, has confirmed that he will be involved in making a whole new set of Terminator films. They will be natural sequels to The Terminator and Terminator 2: Judgment Day, with reports saying James Cameron plans to ignore the plots of the last three Terminator movies.

The Cult Film That Started It All

Viewers would recall that Cameron was the writer and director of the film that started it all, The Terminator, which was released in 1984.

The movie was the surprise hit of the year and propelled Arnold Schwarzenegger to stardom. He played a relentless cyborg who was on a single-minded mission to assassinate Sarah Connor (Linda Hamilton), the mother of John Connor.

In 1991, Cameron topped his own movie with the special effects-laden Terminator 2: Judgment Day, where Schwarzenegger reversed his role and played a cyborg who protects John Connor from the machines.

Terminator 2: Judgment Day is probably the most-loved film of the entire franchise, so far.

Subsequent Installments in the Franchise

Cameron walked away from the franchise after the release of T2 and said that he had finished telling his story, but millions of Terminator fans were not satisfied. They were hungry for more installments of their favorite film.

All three films generated great curiosity, especially the latter two. They were earnest efforts to reboot the franchise and bring a new set of Terminator films to take the story forward. However, the new films underperformed at the global box office, and many fans were disappointed with them.

While all three films had their moments, it was generally agreed that they were not as engrossing or path-breaking as the first two, which were directed by James Cameron. And fans began to wonder if they would ever get back a Terminator film with Cameron directing and the original cast of Schwarzenegger and Hamilton.

Well, guess what? Now, that dream is likely to come true!

About six months back, James Cameron announced that he was going to work on three new Terminator films, which would be presented as a trilogy. What’s more, Arnold Schwarzenegger and Linda Hamilton are said to be coming back!

The idea is to make the first film and release it in 2019. Cameron will make the remaining two parts of the trilogy, depending on the audience’s response.

James Cameron will not be directing the first film of the trilogy but is closely involved in the development of the scripts, screenplay, and production duties.

The film will be directed by Deadpool director Tim Miller, who is working in close collaboration with Cameron. And fans are delighted to know that Cameron will oversee every part of the making of the movie and bring in his customary innovative ideas and attention to detail with him.

Miller and Cameron and are also searching for an 18-year-old Mexican actress to take the story forward in the trilogy.

Cameron called it the “passing of the baton.” And the chances are high that the new trilogy will deal with the rise of “artificial intelligence.” He called it the new threat to humanity in the 21st century.

Futility of the New Trilogy

Critics and moviegoers have reacted to this announcement with mixed feelings. Some of them feel that the Terminator franchise is past its peak and making a trilogy to revive it is like beating a dead horse.

Meanwhile, others think that both Schwarzenegger and Hamilton are too old for their roles and filmgoers will not flock to the theaters to watch them.

Cameron has said that the films will be made in such a way that a whole new generation of movie watchers will find them fresh and engaging. Even people who have not seen the earlier films in the franchise can watch it as a fresh new set of movies.

Despite the perceived negatives of this project, nobody wants to bet against James Cameron.

The Future is Not Set, Yet

After all, Cameron started the Terminator franchise, and the box office collections of his films have set new records over the years. So, the good news for millions of Terminator fans is that the big guy is back for one more shot at creating the future!

Get ready, folks! James Cameron and the gang are coming back to take viewers on another roller coaster ride into the dangerous and unknown future with Terminator 6!